Secured by Design (SBD) member company Direct Path Solutions have had a number of significant successes recently, with their OWL (Online Link Watch) system leading to many arrests and the safe return of a number of missing vulnerable people across the UK.

OWL is a shared, secure platform for the public, police and local authorities to maximise the potential of Neighbourhood Watch, Rural Watch, Business Watch and dozens of other schemes, keeping communities safe, helping reduce crime and keeping people informed of what's going on locally.

- In Hertfordshire three courier fraud suspects were arrested after a Stevenage man, who had previously received an OWL alert about this type of crime, called police when the fake courier knocked at his door

- The Metropolitan Police used OWL’s CCTV watch to find a vehicle involved in a number of armed robberies. It was detected with help from local OWL members and armed response officers arrested the suspects

- A gang of four was arrested in London after a car chase involving multiple police units, a police helicopter and sniffer dogs. Wanted by several police forces for vehicle thefts and robbery, multiple videos of the gang in action were obtained via OWL’s CCTV Watch and were later spotted by Neighbourhood Watch members who notified the police

- A spate of attempted keyless car thefts was averted because OWL members received timely prevention advice. An appeal via OWL asked members to check their home CCTV, resulting in several members responding with video clips and one included the suspect’s registration number. This was given to the Metropolitan Police who put it onto the national ANPR system. The gang had crossed into Hertfordshire where the police detected the vehicle and arrests were made. Equipment used to commit crime was also found in the vehicle

- Following a burglary, OWL’s unique CCTV map was used to find video of the incident. The whole event had been captured, including the suspects’ vehicle index and the police were able to identify and arrest the men, who subsequently pleaded guilty to 13 charges of burglary across the borough of London Borough of Hillingdon

- An appeal to find a missing man was put out across North Wales, with a B&B owner receiving an OWL alert and calling police to say the man was staying at her B&B

- A vulnerable 87 year old man went missing in London on a cold, dark night. An OWL watch member found him within an hour 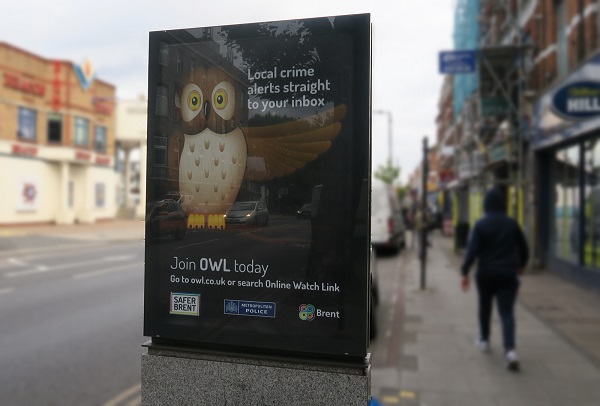 Secured by Design Development Officer Lyn Poole said: “OWL has been an SBD member since 2012 and play a crucial partnership role with police and local authorities in maximising the effectiveness of Neighbourhood Watch, Rural Watch, Business Watch and many other schemes. They help keep communities safe, keeping people informed of what's going on locally and in many incidences reducing and even solving crimes.

“OWL has to have the partnerships with Police to work efficiently and in times such as we are facing with Police services and resources being stretched to their limit, a platform based tool like OWL is cost effective and has evidence behind it showing that it truly works”. 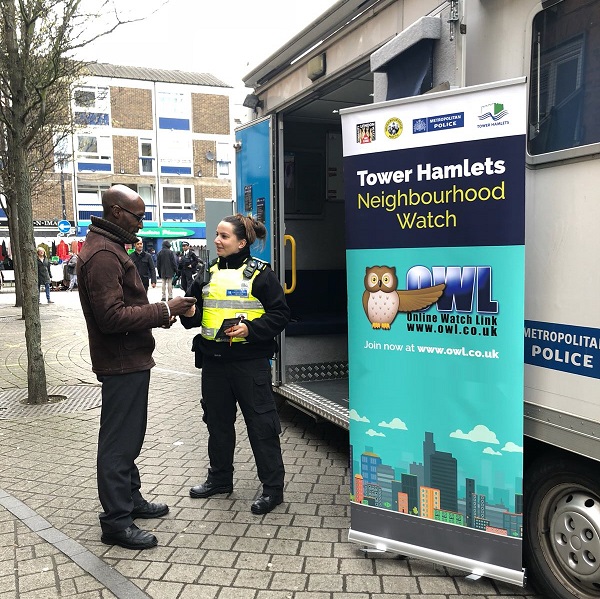