Secured by Design member company, EduCare, a leading provider of safeguarding and duty of care e-learning services, reports that 4,000 people take one of their hundreds of training courses every day.

EduCare seeks to provide those working in predominantly education, health, social care and sport with the knowledge and confidence to act to help keep children, young people and adults safe from harm.

It declares it is on a mission to change perceptions and behaviours to create a culture of vigilance in organisations.

Their customers include more than 30,000 schools and colleges, 500 local authorities, 800 charities and include organisations ranging from Kwik Fit, YMCA, the Early Years Alliance, Sport England and the Musicians’ Union through to education inspectorates, the emergency services, the NHS and other organisations and businesses across the globe.

EduCare’s on-line, self-serve courses are created with a trusted network of expert partners to extract and distil knowledge into memorable, relevant and empowering instructional products and services that are affordable and accessible to all – this essentially is EduCare’s key differentiator.

Partners include leading charities such as the Children’s Society, Winston’s Wish, Kidscape and YoungMinds to organisations like The Chartered Institute for the Management of Sport and Physical Activity (CIMSPA), the Council of British International Schools, and Secured by Design (SBD), which is part of Police Crime Prevention Initiatives (PCPI), a police organisation, which works alongside the Police Service throughout the UK to deter and reduce crime. 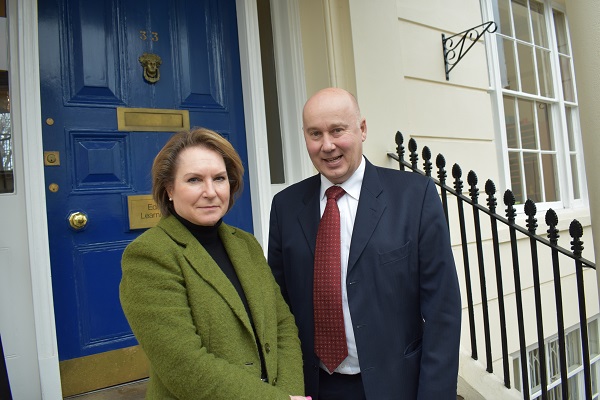 Doug Skins, Development Officer, SBD, (pictured above) said: “We are delighted to have EduCare as a member company and we are pleased to see they are making good use of our logo for their marketing purposes. We look forward to working with them going forward.”

At their headquarters in Leamington Spa, EduCare’s Bernadette Sixsmith, Head of Product Development and Quality, (also pictured above) explained that whilst many sectors have a statutory obligation to report safeguarding concerns to police, such as education and health, there are others that don’t, although everyone has a moral obligation to act.

She said: “There are many challenges that have emerged in recent times. Technology, for example, has played a massive part in child abuse and child exploitation. Awareness of safeguarding is much higher now and what we do is to raise awareness and give people practical, step-by-step advice on what to do if they have any concerns – and encourage them to report when they have concerns.”

EduCare is running a campaign currently called ‘Reframe the Blame’. It’s all about interpreting why people may be behaving in a certain way, such as a child carrying a knife or being part of a gang. It’s to raise the concern that the individual may not have a choice.

All courses provide helplines and have signposts to further information.

EduCare is owned by Tes Global, the digital education business, which started out in print more than 100 years ago as The Times Educational Supplement. Tes Global has since grown in partnership with teachers and schools around the world to become one of the largest, professional digital communities connecting and supporting more than 13 million educators globally.

At the time of its acquisition by Tes in August 2019, EduCare had trained more than six million people to fulfil their duty of care to children, young people and adults – with one million courses in the previous 12 months alone.

EduCare was founded by Keir McDonald MBE, with a goal of elevating awareness, instilling knowledge and the confidence to act around key safeguarding and duty of care issues.