A man has been convicted of stealing from a car after he was sprayed with SmartWater®.

Lokola Lokombe (48) was sentenced to a drug rehabilitation requirement for six months, and ordered to pay £240 costs at Highbury Corner Magistrates' Court on Wednesday, 11 November for theft from motor vehicle. He is also subject to a curfew for one month.

Earlier this month in the London Borough of Haringey, Lokombe stole property after breaking into a trap car, which was fitted with a SmartWater spray device. On Friday, 6 November, Lokombe was located and found to be in possession of the stolen property and arrested.

When Lokombe stole items from the car, he activated the spray system where he was covered in SmartWater liquid.

Ultra violet lights showed that Lokombe's hands were covered in the spray proving that he had broken into the car - which is illustrated in the images released. Lokombe was charged with theft and attended Highbury Corner Magistrates' Court on Saturday, 7 November where he pleaded guilty to theft from a motor vehicle.

MetTrace – a programme that will see SmartWater kits delivered to 440,000 homes in hotspot areas over the next three year - was launched by the Met earlier this year. Lokombe's conviction is the first since the launch of MetTrace, a programme designed to drive down burglaries across London.

In addition, officers in Haringey have been trained and equipped to use SmartWater spray technology, to deter thieves from committing crime in Haringey and also to catch those that do.

Haringey residents were some of the first Londoners to take part in the MetTrace programme, with nearly 10,000 Haringey homes already protected by SmartWater property marking kits.

These kits contain a forensically coded liquid that allow people to mark their possessions and warning stickers to deter burglars. The forensic code, which is almost impossible to remove, is used by the police to trace the items should they ever be stolen and to link suspects to crime scenes.

The MetTrace programme is being rolled out across the capital and over the next three years 440,000 homes in hotspot areas will receive free kits to protect their homes. During these visits officers will offer crime prevention advice and free SmartWater property marking kits to residents. So far, over 75,000 London residents have had their homes and property protected under this scheme.

"This thief, who was caught 'green' handed, is an excellent example of how we are targeting thieves using innovative forensic technology.

"As part of our three-year roll out of MetTrace we will continue to deploy trap cars across London. Our message to thieves is clear: homes and vehicles are treated with SmartWater, so think twice before you break in as you will be caught. "

SmartWater Chief Executive, Phil Cleary, said: "This is not the first 'sting' operation success we've had with the Metropolitan Police and, in partnership with their MetTrace team, it certainly won't be the last, so the criminals of London had better beware. "

Haringey Councillor Bernice Vanier, cabinet member for communities, said: "It's great to see the police have a positive result with MetTrace and this case highlights just how important it is to protect your belongings using SmartWater technology. MetTrace is proving very popular with our residents and we are committed to continuing to work with the police on this scheme, and others, which make Haringey a safer borough. " 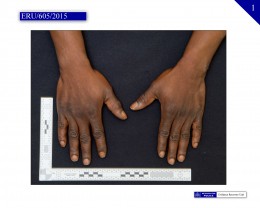 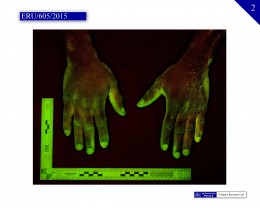 ® SmartWater, the SmartWater yellow, atom logo and THIEVES BEWARE are trademarks of SmartWater Limited. SmartWater is a proprietary forensic asset marking System and Strategy protected by worldwide trademarks and patents.