Secured by Design member company, Heald Ltd, a global manufacturer and installer of hostile vehicle mitigation systems and traffic control solutions, has started 2018 in style – with the announcement of two major achievements.

The first is that their Managing Director, Debbie Heald, has been awarded an MBE in the Queen’s New Year’s Honours List. The other is that one of company’s range of security products has been installed in the French Quarter of New Orleans, USA.

Commenting on her MBE, Debbie, said: “It is a complete shock but an absolute honour to be awarded an MBE and I would like to extend my appreciation to all the team at Heald, our distributors and customers throughout the world, who have been instrumental in the success of the business.”

The MBE (Member of the Most Excellent Order of the British Empire) was awarded for Debbie’s services to STEM (Science, Technology, Engineering and Maths) and Export in recognition that the company now exports more than 70% of its products overseas.

Only last year, Debbie was named regional Family Business Director of the Year as part of the Institute of Directors’ Awards.

In addition, Heald has announced that it has installed its first award-winning Matador 4 automated security bollards in New Orleans, USA. The project, which is part of a wider $40million citywide security investment, will see the installation of 22 Matadors within the city’s historic French Quarter.

Debbie said: “Working closely with one of our USA distributors, Concentric Security, we are delighted that we have been able to provide an effective security solution to secure both residents and tourists. It has been a pleasure to work with the New Orleans Homeland Security Department to help them identify the best solution to fit the changing needs of the area while ensuring they were in keeping with surroundings.”

Commenting on the installation, New Orleans Homeland Security Director, Aaron Miller, said: “Vehicle attacks against pedestrians are becoming more common across the country and across the world. As a result, cities are taking protective action to mitigate against that risk where it’s necessary.”

The Matador bollards will replace temporary measures used by the New Orleans authorities, which have included movable police bollards. The Matador bollards will go up nightly in keeping with city rules that close off stretches of the French Quarter boulevard exclusively to pedestrians. Otherwise, they will only be used to block intersections either by a city ordinance or during special events.

Heald started in 1987 as an agricultural engineering business before launching its first line of security barriers. Today, Heald manufactures and installs a range of innovative hostile vehicle mitigation systems and traffic control solutions and its award-winning roadblockers, barriers and bollards play a leading role in the defence of vulnerable properties worldwide.

Heald is one of the largest manufacturers of security equipment in the UK and has been a member of Secured by Design, the national police crime prevention initiative, for many years. 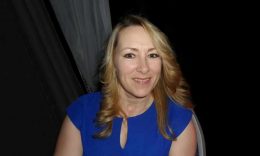 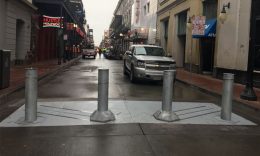