The ToolWatch App, which aims to fight tool theft in the construction industry, assist police in returning stolen goods to their owners and save business owners’ time and money, is launched today.

Recognising the need for this ground-breaking new app to be trusted by tradespeople, businesses and police, the ToolWatch App has become the first such app to receive BSI’s Secure Digital Applications Kitemark. This mark of trust gives assurance that the app will work as intended with the appropriate security controls in place to protect user data and will be supported effectively going forward.

In addition, the ToolWatch App has been accredited by Secured by Design (SBD), the national police crime prevention initiative, for meeting its Police Preferred Specification to deter and reduce crime to protect people, possessions and buildings. SBD works on behalf of the Police Service and is the only way for companies to obtain police accreditation for security products in the UK.

The ToolWatch Apphas been developed to help fight the war on tool theft. As a recent survey by business insurers, Simply Business found earlier this year, one in three (37%) tradespeople have had their tools stolen, costing an average of £3,000 in lost earnings as well as the cost of replacing the tools.

The ToolWatch App is a low-cost subscription app service which once downloaded, registers a tool’s serial number and make. Users take a photo of the tool and upload it to a secure private profile, which can easily be amended or updated. The police have access to their own separate secure interface which allows them to check immediately whether a tool has been stolen.

Alan Brett, co-founder of the ToolWatch App said: “For construction workers, the ToolWatch App gives them the reassurance and security, that if their tools are stolen and found by the police, they will get them back.  But the ToolWatch App will also be effective for all business and industries with equipment that is liable to be stolen – so it has huge potential in the fight against crime.” 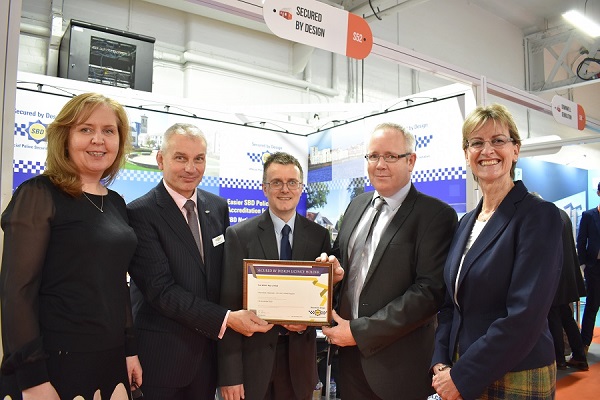 Founded by Alan Brett and Chris Tattum, the idea for the ToolWatch App came about after Alan, who runs his own building business, had £8,000 worth of tools stolen from one of his vans in 2017.

Alan’s insurance company wouldn’t pay out as they couldn’t prove which van the tools were in, so Alan was left to cover the cost of the stolen tools, leaving him out of pocket for the loss of his tools and earnings. With no way of recovering the tools, or identifying their owner, the idea behind the ToolWatch App was born to help combat the theft of tools and van break-ins, which now occurs, according to police figures once every 23 minutes.

With the increase in tool theft, the ToolWatch App is an important asset for the police and has been welcomed by SBD, which works with police forces around the country to prevent crime. SBD believes the App provides an opportunity for tradespeople and business owners to work in partnership with the police to deter theft.

Once an item is recovered, using a simple 3-step process which takes just a few seconds, a police officer can check ToolWatch to see whether a tool has been stolen, view the owner’s details and inform the owner via ToolWatch that their property has been recovered. This is done with a notification sent automatically informing the owner of the contact details of the relevant police force.

Similarly, if a police officer carries out a vehicle stop, or finds someone selling tools at a car boot sale, they can check who the owner of the tool is by name and photograph, by simply entering the serial number and make on ToolWatch.

Alongside the security and protection ToolWatch offers to construction workers, it also aids tradespeople within the industry. If a tradesperson is about to buy a second-hand tool, they can check whether it is stolen by typing in the serial number into ToolWatch which will show whether it has been reported stolen. They can report the item by location, which will send a message to the police that the tool was reported and inform them of the location and details of the tool. This speeds up the reporting process and enables a crime number to be issued within a few simple steps by informing them of the tool details and location of the tool.

If a tradesperson sells their tools to a subscribed member, they can easily transfer ownership using the ToolWatch App. If the new owner is not subscribed, then the tool is marked sold.

Alan Brett, co-founder, ToolWatch App said: “We’re delighted to have been certified by BSI and receive our certificate from the organization in November at LondonBuild Expo, and we’re pleased to have worked so closely with BSI and SBD on testing.

“With tool theft up 30% year-on-year (Simply Business), and a van being broken into once every 23 minutes, there is no doubt that business owners and crime fighters are crying out for help to tackle this epidemic.

“We’re working closely with the police forces to ensure that they take up the App ahead of the launch so it can realise its full potential and help stop van thefts.

“ToolWatch is dedicated to supporting the community and will be making the app available to schools, colleges, health authorities and emergency services by allowing them to safeguard their equipment free of charge.”

Anne Scorey, UK Managing Director at BSI comments: “The BSI Secure Digital Applications Kitemark was developed to help consumers confidently and easily identify websites or apps they can trust with their financial and/or personal details.

“Achieving certification to the Kitemark involved the rigorous and independent testing of the ToolWatch App, so construction professionals can rest assured in the knowledge that the necessary security controls are in place for the information that is being handled.

“It was an honour to present the certificate at LondonBuild Expo – ToolWatch should be delighted with what they have achieved.”

SBD Development Officer Lyn Poole, who is on secondment to SBD from the Metropolitan Police, said: “We are delighted to have worked with ToolWatch and BSI and awarded police accreditation to the ToolWatch App for its capability to deter and reduce crime.

“Tool theft is a problem and we welcome any product that will help police forces return recovered stolen tools to their rightful owners. We understand tool theft is costly for victims in terms of replacement and loss of earnings. We hope the ToolWatch App is used widely by tradespeople and others as well as police forces to combat tool theft.”

Guy Ferguson, Chief Executive Officer, Secured by Design said: “ToolWatch is our first SBD member company to have an app that has achieved the BSI Kitemark. We encourage police forces to make full use of this product’s capability to combat tool theft because we want it to lead to victims getting back their possessions and to assist with police enquiries into stolen property.”

To find out more, visit www.toolwatchapp.com