Cheshire based CLD Fencing Systems, a Secured by Design (SBD) member company, was the supplier of high security mesh fencing for the perimeter of Merseyside Police’s new showcase Operational Command Centre in Speke.

The £48million Command Centre on 11.4 acres of the Estuary Business Park is to be used by more than 1,200 officers and support staff, including Merseyside’s Matrix and Serious and Organised Crime teams as well as administrative and support services, such as dog kennels and dog exercise areas.

The Command Centre was handed over to Merseyside Police earlier this year, after the fencing was installed in March 2017 to provide a secure demarcation for the site where groundworks began the previous year.

When looking at how the site would be protected, CLD Fencing Systems worked directly with Merseyside Police to design an effective boundary from its range of fencing, which has been accredited by SBD, the national police crime prevention initiative.

The fencing selected was the company’s Ultimate Extra SR1, which has been tested and certified to LPS 1175 SR1 standards. It offers a reduced mesh aperture of 165 x 22mm with 6mm wires and guaranteed delay against attack whilst being aesthetically pleasing. Another key security feature is the removal of any external fixings on the attack face due to the SafeTFix Hidden Fixing system.

Construction and infrastructure company Morgan Sindall were appointed principle contractors for the project after it was procured through the North West Construction Hub framework.

The building was handed over to Merseyside Police and Crime Commissioner, Jane Kennedy, and Chief Constable, Andy Cooke.

Jane Kennedy said police officers and staff could now start to move into this purpose-built centre, including the teams that lead the fight against the criminal gangs, which bring most fear into local communities.

“It is only right that they have the equipment and facilities they need to carry out the work as effectively as possible,” she said.

Stewart Plant, Director of Marketing at CLD Fencing Systems, said, “Promoting Secured by Design systems is part and parcel of our work to make sure that new projects benefit from the very best in physical perimeter protection and design out crime. Working alongside Merseyside Police allowed this new key police operational command centre to be protected for many years to come.”

The building forms an integral part of the Commissioner’s ten-year strategy to transform and modernise Merseyside Police’s facilities. 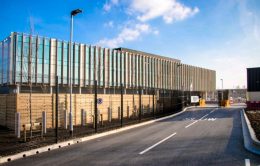 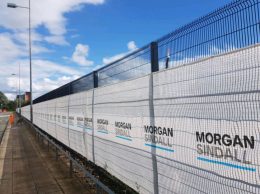