Cycle Crime Conference 2021: Let's Get Back On The Road

The conference which is usually held at Tally Ho, the West Midlands Police training and conference centre in Birmingham, was postponed in 2020 (due to Covid restrictions) but went ahead virtually this year.

The theme was ‘Let’s Get Back on the Road’ with speakers highlighting the fact that although take up of cycling rose dramatically during the pandemic, with a 40% increase in retail sales, criminality has inevitably followed.

The conference explored ways in which police, government, retailers and the security industry can work together to implement cycle crime solutions as we finally come out of lockdown.

Representatives from over 80 organisations registered for the event which was chaired by Andy Gregory, Former Police Sergeant from West Midlands Police. There were presentations from a number of guest speakers including Supt Mark Cleland, UK Lead for Cycle Crime at British Transport Police, and Will Norman, Walking & Cycling Commissioner for the Mayor of London.

Supt Cleland explained there is currently a problem in gaining accurate data on national bike theft. While there were over 300,000 bike thefts reported in the crime survey across England & Wales alone, only 100,000 thefts were actually reported to police.

“We are not fully understanding the level of criminality nationally but there is some really good work going on with organisations like Opal (the national intelligence unit focused on acquisitive crime), insurance companies and BikeRegister to establish the bigger picture,” said Supt Cleland.

If a stolen bike is marked and registered to BikeRegister, it can be easily traced back to its rightful owner. A recent statistic from BikeRegister claims that a bike owner is 83% more likely to have their bike stolen if it is not BikeRegister marked. 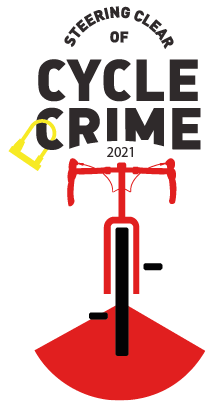 Supt Cleland continued: “Work is being done to encourage marking at Point of Manufacture as we are aware that retailers are being targeted before bikes are even sold to customers which is a big market for stolen property that we are trying to address. We are also interested in Point of Sale marking as we need to get to the tipping point where every bike being sold in the UK is registered.”

The London Mayor’s Walking & Cycling Commissioner Will Norman added: “We also need to talk about Point of Service registration. Every time someone brings a bike in to be serviced we need to be offering up that registration, otherwise we are never going to get through that backlog. We need a more efficient and effective mechanism of doing this,” he stressed.

Mr Norman says there has been a huge increase in the uptake of cycling during the pandemic in London – up to a 270% increase in some areas – but he claims there is also a real challenge with cycle crime, with around 65,000 bikes a year being stolen.

He spoke about the government’s Cycle Parking Implementation Plan which aims to offer every cyclist in London a safe place to park and detailed some of the new cycling hangars and hubs available in the Capital.

“The responsibility for bike crime is not just with the police,” he said. “We have to work in partnership with the public sector, the police, transport authorities, shops and mayors like myself.”

Highlighting major societal factors such as chronic diseases, toxic air, congestion and climate change, Mr Norman concluded: “Bike crime is often considered a minor crime, it is not prioritised as much as other forms of crime but the second biggest barrier to getting people cycling around London is bike crime. I want to thank everyone involved today for all the work that you do. Your role is intrinsic in changing the way people move around their cities.”

Sgt Jo Stephens from the Met Police spoke about a new Seized Bike Procedure being implemented by the force which involves a new system to book in seized bikes that are stored in police stations and involves the bike being registered by officers on BikeRegister.

She said: “Ultimately, we need to aim for every bike on the streets to be marked or registered. This way, every bike stopped by police will have an owner who can be contacted. Suspects will be dealt with correctly and bikes returned to owners.”

Police Scotland’s Sgt Carly Bryce spoke of the success of their wide-ranging Pedal Protect campaign which involves 23,000 officers and staff across 13 divisions in 7 cities over 30,000 square miles. The scheme has resulted in a 25% reduction in bike theft (Apr-June 2020 vs Apr-June 2021).

Other speakers included Luke Rawlings and Sam Hobbins who are Crime Intelligence Analysts from the Opal Team, West Mercia Police.They talked about emerging trends in cycle crime during the pandemic including a rise in the theft of exercise bikes and electric bikes. Other trends include a rise in criminals exploiting cycling apps to target cycle enthusiasts with expensive bikes; and a rise in organised crime targeting bikes stored in commercial premises or in transit vehicles.

Through the acquisition of funding from the Home Office Safer Streets Fund, Thames Valley Police have been able to introduce a variety of theft deterrents in Oxford including enhanced CCTV, 5,000 BikeRegister bike marking kits and safer cycle parking to reduce cycle theft and acquisitive crime in general.

Thames Valley Police are keen to tackle the problem of cycle crime as they say too many young people are growing up with ‘an acceptance of bike crime’. They have entered an innovative educational partnership with The Royal Geographical Society relating to bike crime and secondary school pupils in Oxford.

James Brown, BikeRegister MD, gave an update on the latest news from BikeRegister, which includes the fact that the database now contains over a million bike registrations, with new registrations now averaging around 300 a day.

A new Stolen Bike page on the website allows owners to be notified when the public see a similar bike listed for sale online.

New technology being offered by BikeRegister includes an App that 39 police forces have now adopted, which makes the registration of bikes easier at bike marking events and enables recovered and stolen bikes to be checked by officers on the spot on police mobile devices.

The BikeRegister App, which is available to download for Android devices from Google Play is also available to retailers and members of the public to register bikes.

Retailers are playing a major part in helping police catch bike thieves by using the free BikeChecker facility which allows them, or anyone thinking of purchasing a second-hand bike, to check the frame number to make sure it is not listed as stolen on BikeRegister.

BikeRegister has also gone international, having launched successfully in Ireland and France. It is now a legal requirement in France to register all new bikes in a bid to tackle bike crime.

James Brown concluded: “We are delighted to be able to host the Cycle Crime Conference again this year. Following a particularly challenging year for all of us, this event offers an insight into the hard work that is still being done across the UK by our many partners to tackle bike crime and offers the chance for us all to share intelligence and best practice. Thank you to all who attended virtually this year and we look forward to welcoming you back next year in person.”

You can find out more about BikeRegister and their Secured by Design accredited Secure Database Register and asset marking compound here https://www.securedbydesign.com/member-companies/sbd-members?view=companydetail&account=0011i00000Jpvr2AAB

For tips on bicycle security and how to protect your bike by Secured by Design, the official police security initiative, see https://www.securedbydesign.com/guidance/crime-prevention-advice/bike-security