Dartford Town Against Crime: bringing together police and businesses to reduce crime and anti-social behaviour

Dartford Town Against Crime (DTAC), a business partnership that has embraced the adoption of legal powers to combat crime and anti-social behaviour, has received its National Standards Accreditation from Police Crime Prevention Initiatives, a police-owned organisation that works alongside police forces to reduce crime and build safer communities.

Legislation contained in the Policing Act 2014 allows partnerships to issue Community Protection Warnings (CPWs) and Community Protection Notices (CPNs) to individuals who have committed crime against a business or whose behaviour locally is unacceptable – effectively building cases against some of the town’s most persistent and prolific offenders, such as shoplifters.

DTAC, which has a membership of 65 local businesses, including shops, take-aways, pubs and clubs, has issued a total of 36 CPWs and CPNs, which are hugely beneficial to member businesses and are regarded as more enforceable than exclusion notices. They can lead to offenders appearing in Court and receiving custodial sentences if breached.

Its set up is different to most other BCRPs in that DTAC is managed by the local council – Dartford Council – with its accounts looked after by Dartford Council Sundry Debtors. Although it runs on a small profit margin, with income squeezed during the COVID-19 lockdowns and restrictions, it is supplemented by the Council if required providing reassurance that it will continue even during tough financial periods.

DTAC is embedded in Dartford Council’s Community Safety Unit and included in its crime prevention and community priorities.

Its objectives remain the same since it was formed in 2003: to reduce crime and anti-social behaviour by reducing the opportunity to commit crime; to assist in the apprehension and prosecution of offenders; to reduce members’ losses caused by crime; and to provide a safe and secure environment for customers, staff and visitors to contribute to the economic viability and prosperity of the area.

DTAC’s intelligence manager is Karen Radford, who is employed by the Council and is its sole employee, although Karen has support from a Management Board of five members from the day and night-time economies as well as a representative from Dartford Council. Karen also runs the Shop Safe Scheme to support vulnerable residents whilst shopping. (Photo below shows Karen with Jeremy Kite MBE, Leader of Dartford Council). 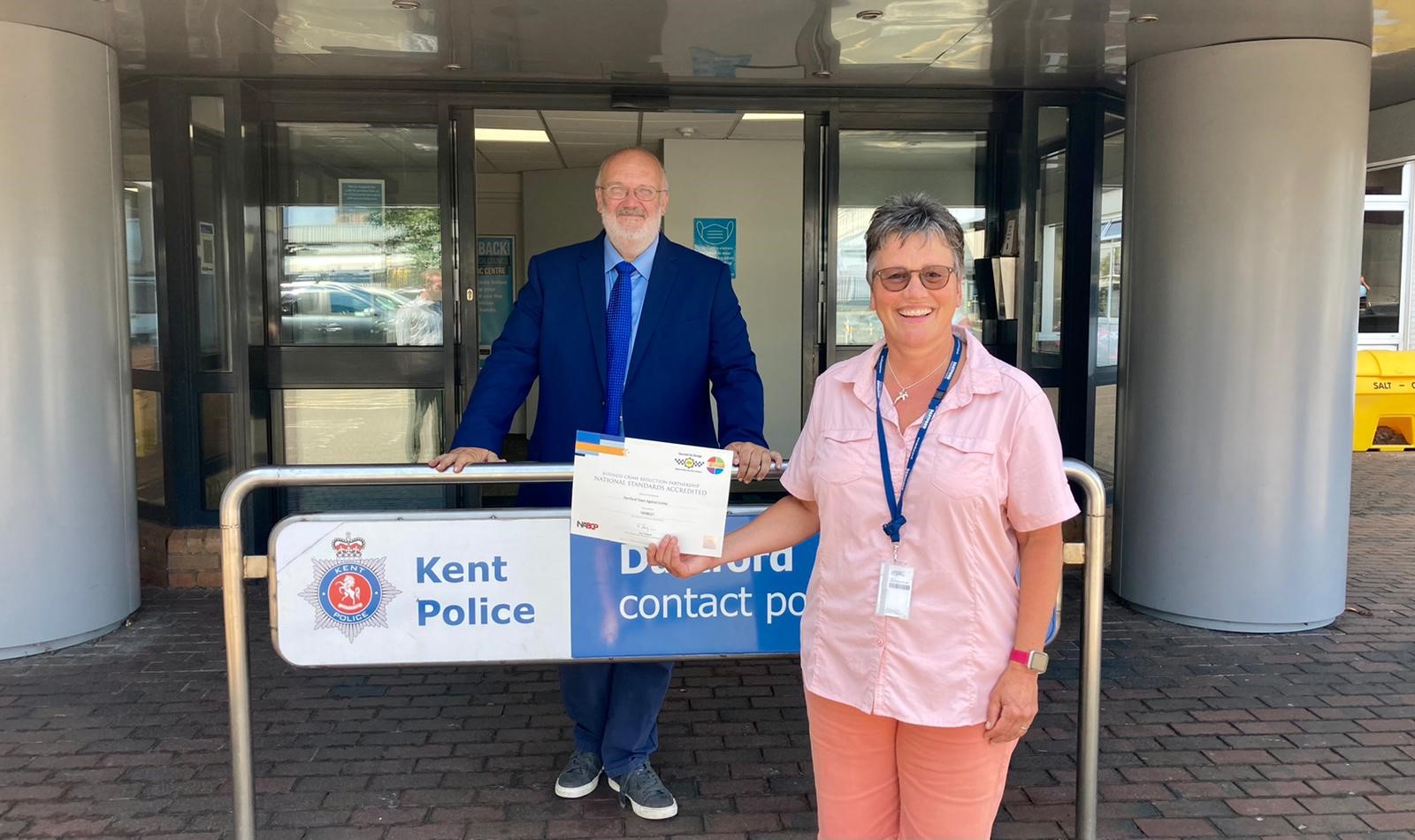 Since joining DTAC two years ago, Karen has used her breadth of experience and wealth of knowledge from her previous front line, management role with Kent Police to explore ways of expanding the variety of business sectors among its membership and to strengthen relationships with the business community, police, local authority and other key organisations.

Key member benefits include CCTV coverage from the Council-run control room; a partnership radio system that links businesses; and a daily log of radio transmissions for evidential purposes. This all helps build member confidence, reduce business isolation and reduce the fear of crime.

DTAC believes crime reduction begins with the collation and sharing of information and photographs, such as on persistent offenders, which is distributed to members via a secure intelligence database. For example, Karen shares information about the top five offenders on a monthly basis.

Since 2020, DTAC has been keeping a record of crime, which has assisted police and the town’s forums to understand and deal with offenders who commit crime against businesses. A recent police operation conducted in conjunction with DTAC member businesses resulted in a number of arrests.

Karen said: “I am so glad that DTAC has been accredited nationally. It has been a long two-year road to get DTAC to where it is now.” Karen said she would like to see BCRPs promoted throughout Kent and to encourage police officers to have an active role in recruiting new members. (Photo shows Karen with PC Raj Sabharwal who is one of the town beat officers). 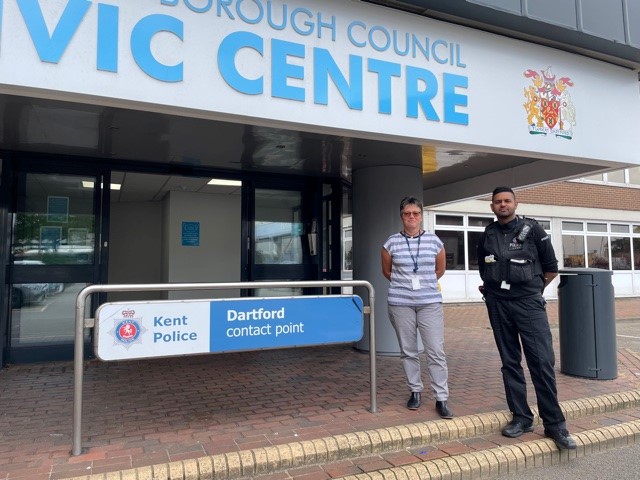 The BCRP assessment was carried out by Sophie Jordan, of the National Association of Business Crime Partnerships. In her assessment summary, Sophie said: “DTAC exceeds the National Standards in the analysis of data, offender management and regular data sharing across partnerships.

“Karen carries out additional functions that protect businesses. Local authority staff can be accredited under certain legislation that allows them to deal with members of the public on behalf of the authority to enforce certain aspects of local and national law, such as issuing CPWs, CPNs and Public Space Protection Orders.

“The support from the council also extends to assistance with publications and access to a wide range of resources that other partnerships can struggle with when operating alone. With its council support, DTAC is a sustainable and effective BCRP.”

Sophie described DTAC as an exceptional partnership with an exceptional manager. “DTAC is a highly effective BCRP and uses legal powers to deal with the most prolific offenders – a robust approach to protecting the business community. Karen has forged links with local businesses, the police and council to ensure victims receive the assistance they deserve and offenders are unable to commit crime anonymously against businesses.”

Guy Collyer, who leads on BCRPs for Police CPI, said: “This is a significant achievement for DTAC. As Sophie has highlighted, they have not only achieved the standard but also exceeded it in key areas.”

The BCRP National Standards Award is based on a set of standards owned by the National Business Crime Centre and includes good management practices and procedures to ensure BCRPs are functioning in an ethical and professional manner within the law.

The assessment includes membership agreements, data security and compliance with current legislation, specifically General Data Protection Regulation. It includes having robust information for members and partner organisations that is up to date as well as making it easily accessible 24/7. For some BCRPs, the standards will include the use of CCTV and radio links with members.

About Police Crime Prevention Initiatives (Police CPI)
Police CPI is a police-owned organisation that works on behalf of the Police Service throughout the UK to deliver a wide range of crime prevention and demand reduction services. It maintains close working links with the Home Office, National Police Chiefs’ Council (NPCC) and police forces around the country. Senior police officers are Police CPI Board Members and control and direct the work Police CPI carries out.
Visit: www.policecpi.com