Dougie the dog, a career dedicated to safety and security

Secured by Design (SBD) member company NEOS Protect have crime prevention and security running throughout their company – and that even extends as far as their mascot, Dougie the dog.

Dougie’s career has been dedicated to safety and security, serving as an explosives and ammunition sniffer dog in both the army and Northumbria Police.

Now aged nine, Dougie has retired from the police and is getting used to a more sedate way of life – however, security is still very much a part of his life as he lives with Derek Quinn, Technical and Development Manager for Secured by Design member company NEOS Protect, who manufacture and install security rated access controlled communal entrance doors & screens for commercial customers worldwide. 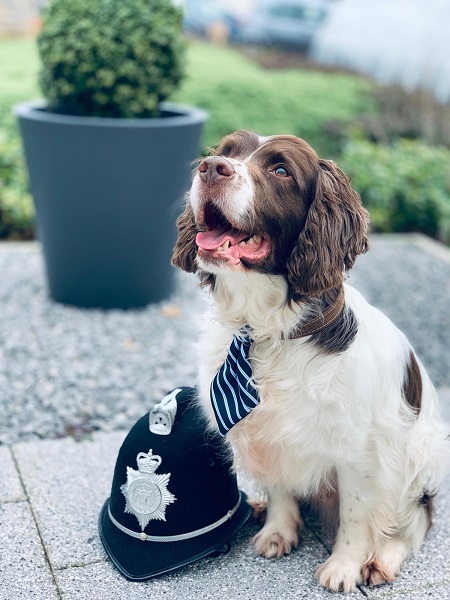 Derek Quinn, NEOS Protect said, “It is crazy that Dougie’s career and mine have both been involved in mitigating the effects of explosives and ballistics. Dougie is a lovely dog and we are delighted to give him a home. I know that he would love to come to work with me every day to help to design out crime because he thinks he’s on a job as soon as the car door is open, but he has done his bit for the community now, and he’s loving his retirement.

Dougie does have a bit of a criminal streak when it comes to stealing my slippers, but after his life of service it is easy to forgive his naughty side!” 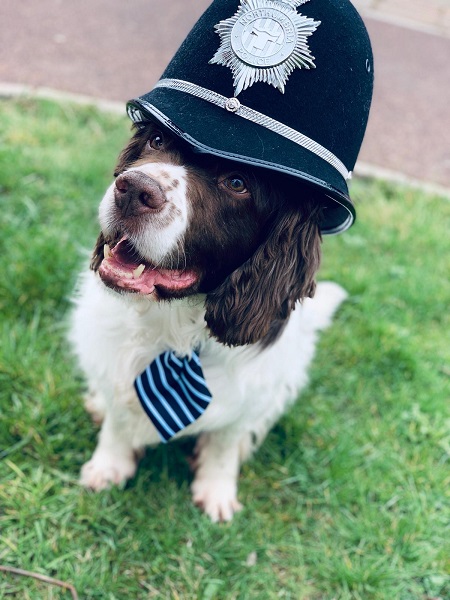 SBD Senior Development Officer Alfie Hosker said: “What a brave and fantastic dog Dougie is, and what a servant to the people of Northumbria. That said, knowing what I know about his new home at NEOS, he will be well occupied with the range and expansion of Police Preferred Specification doors they are currently working on!”

“Welcome aboard Dougie and I look forward to seeing your adventures with NEOS in the future, which hopefully will be a lot safer”.

You can find out more about the company and their extensive range of SBD accredited products here: https://www.securedbydesign.com/member-companies/sbd-members?view=companydetail&account=0011i00000JpvsiAAB 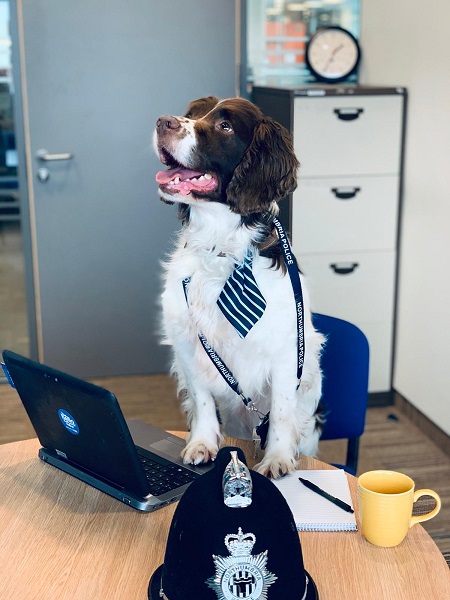