Dover Partnership Against Crime (DPAC), which has helped to reduce crime through its widespread use of excluding offenders from its town centre, has received its National Standards Accreditation from Police Crime Prevention Initiatives, a police-owned organisation that works alongside police forces to reduce crime and build safer communities.

In the 22 months up to January 2021 a total of 277 new offenders were reported to DPAC – with many of these individuals being issued with a DPAC exclusion notice. Of these, 74% committed one offence; 13% two offences; 4% three offences; 4% four offences; and a further 4% committed between 5-9 offences. Four individuals committed ten or more offences.

Karen Griffiths, Co-ordinator, DPAC, said: “There can be no doubt that these exclusions reduce crime, make the area safer and cause disruption to would-be offenders. Also, there is evidence to suggest that the exclusions do modify the offender’s behaviour for the better.” At any given time, there are an average of six day-time exclusions and 16 night-time exclusions, plus four night-time warnings.”

DPAC’s other achievements are many and include stopping would-be shoplifters and deterring other criminals on ‘countless occasions’ over the last two years and assisting with missing children and vulnerable children where there was concern for their safety.

These results are very much in line with DPAC’s objectives of preventing crime and protecting people and property by working closely with its member businesses and organisations, members of the public, police, local authority, and community and voluntary organisations within its designated area of Dover, Deal and Sandwich as well as providing education information and practical community assistance. 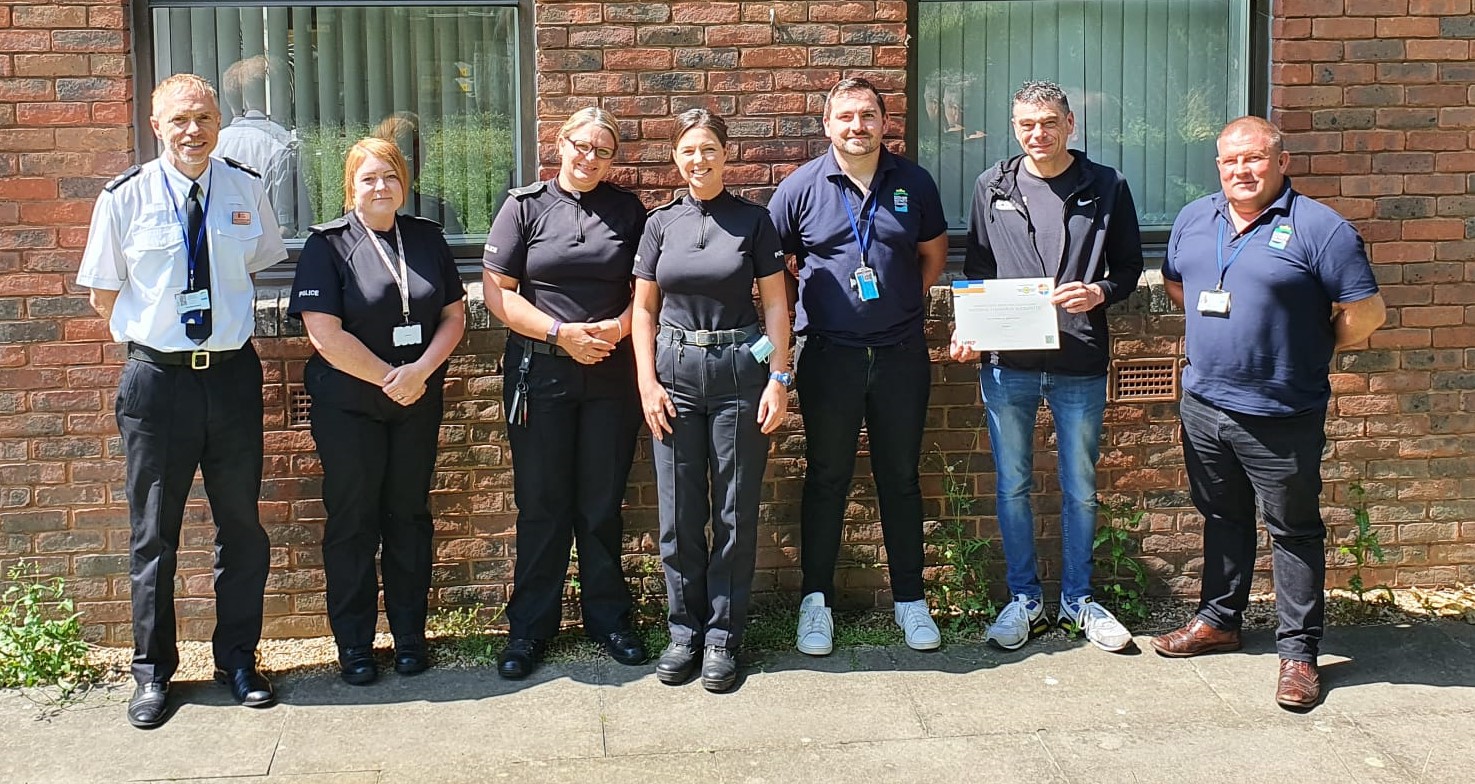 Karen continued: “I want to mention our operators in the CCTV Office who throughout this difficult period, continued to do sterling work 24-hours a day, seven days a week and Dover District Council’s commitment to promoting public safety and reducing the fear of crime and its support for the DPAC scheme in facilitating the DPAC radio.”

Sharing information about suspects and offenders on a secure platform between DPAC members and the police not only helps reduce crime and promote safety but also gives members a feeling of community and security whilst reducing any sense of isolation, especially those members with small workforces.

DPAC’s encouragement for a constant flow of reporting is particularly active in the night-time economy, especially with its relationship with Pubwatch where information is shared at its monthly meetings.

Karen explained: “Without efficient and structured member activity any partnership will fail. New DPAC members are made aware of the very real benefits of looking out for each other and taking an active role.

“I am very aware that crime prevention is a tiny fragment of the role of shop staff, publicans and company employees as their primary role is running their business, and that they are generally not, professional security people.

“Therefore, it is essential that I am there to reassure them when they are targeted by criminals and to encourage them to take the time to write incident reports and stress the value that they can bring to all members.”

The BCRP assessment was carried out by Sophie Jordan, of the National Association of Business Crime Partnerships. In her assessment summary, Sophie said: “This is a very well-managed, well organised, financially sustainable partnership which meets the National Standards.

“DPAC aims to spend the next year supporting businesses in post-pandemic recovery, focus on rebuilding and strengthening partnership working with the help of very engaged Town Policing Teams.”

Sophie paid tribute to Karen who keeps members engaged by recognising their needs as individuals, communicating effectively with a diverse range of people, and keeping them active to submit information and intelligence for the benefit of all local businesses.

“Data is well analysed and fed back to businesses to highlight any issues. Businesses are briefed regularly with information that helps them prevent crime, both in the day and night-time economies. Very well done, keep up the good work,” added Sophie.

Guy Collyer, who leads on BCRPs for Police CPI, said: “Following a very challenging year for all, DPAC has continued to support members and other stakeholders throughout the pandemic. This is a very successful and well-run partnership.”

The BCRP National Standards Award is based on a set of standards owned by the National Business Crime Centre and includes good management practices and procedures to ensure BCRPs are functioning in an ethical and professional manner within the law.

The assessment includes membership agreements, data security and compliance with current legislation, specifically General Data Protection Regulation. It includes having robust information for members and partner organisations that is up to date as well as making it easily accessible 24/7. For some BCRPs, the standards will include the use of CCTV and radio links with members.