Following a disappointing year of cancelled events, runners from across the globe were keen and ready to make their way to the starting line of the Berlin Marathon on a hot and sunny Sunday in September. Among them were a number of serving police officers running in memory of PC Nicola Hughes, including her father Bryn Hughes, who founded the PC Nicola Hughes Memorial Fund in 2013.

The fund, Police CPI’s nominated Charity of the Year, was supported at the event on 26th September by a team of 32 individuals, with unfortunate last-day illnesses preventing four members from travelling. This group included a mixture of police officers from the UK, US and Canadian forces, police staff, PCSOs, a nurse, and the wife of an Inspector. Police CPI were proud to support the runners with the sponsorship of jumpers – expertly modelled here by the entire Berlin team! 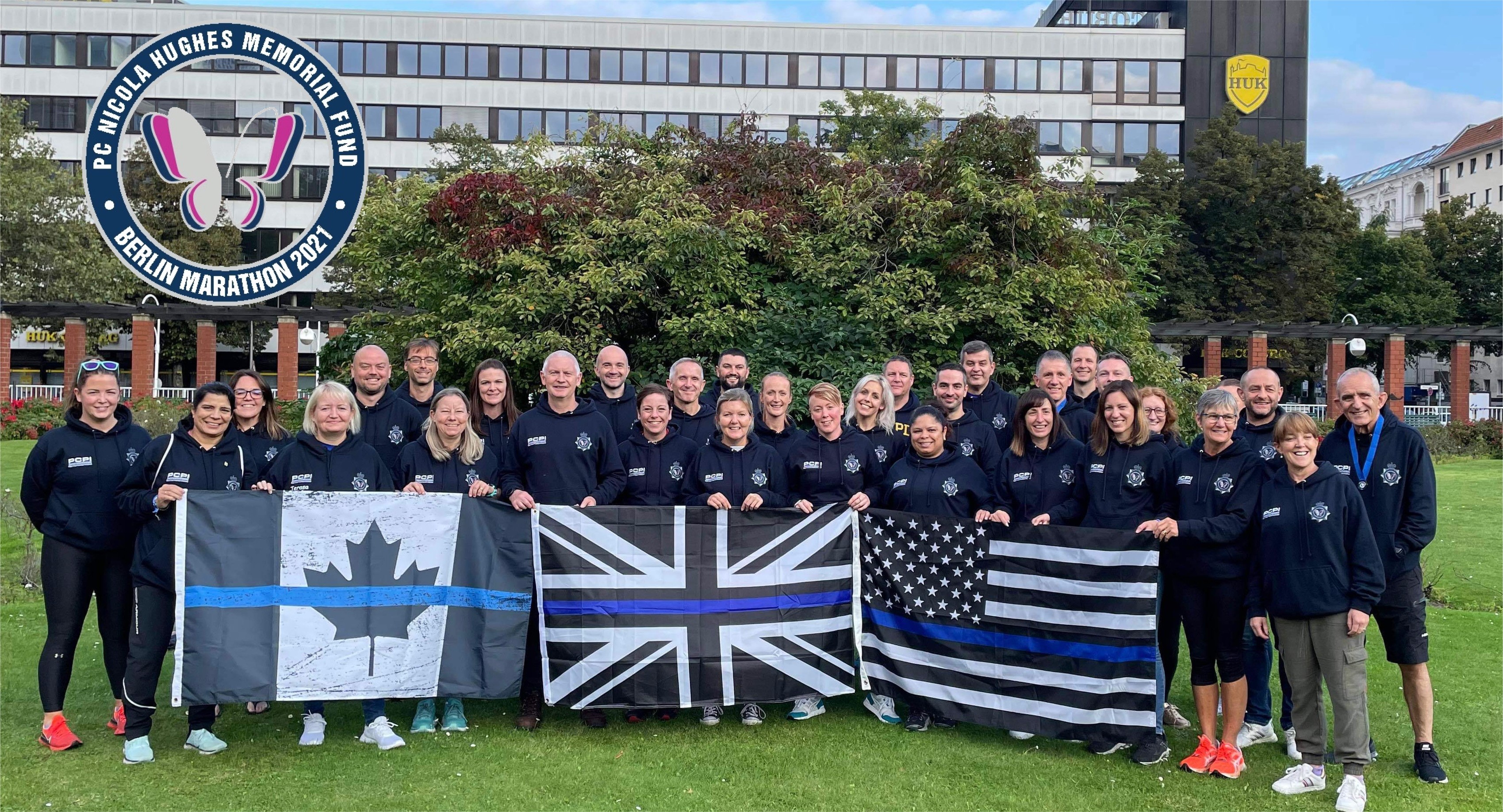 Team Berlin 2021, including the NYPD and Canadian Officers


Upon their arrival in Berlin, members of the team took the opportunity to visit several of the city’s landmarks, including Checkpoint Charlie and the finish line at Brandenburg Gate, as well as making themselves known to the local police force! 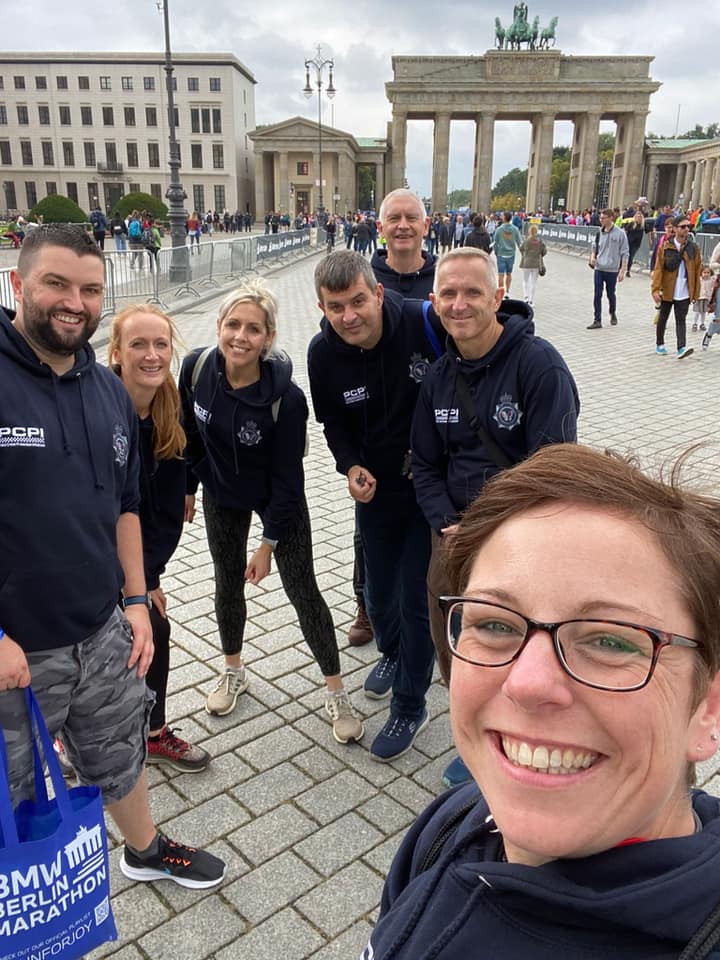 Stopping by the Brandenburg Gate 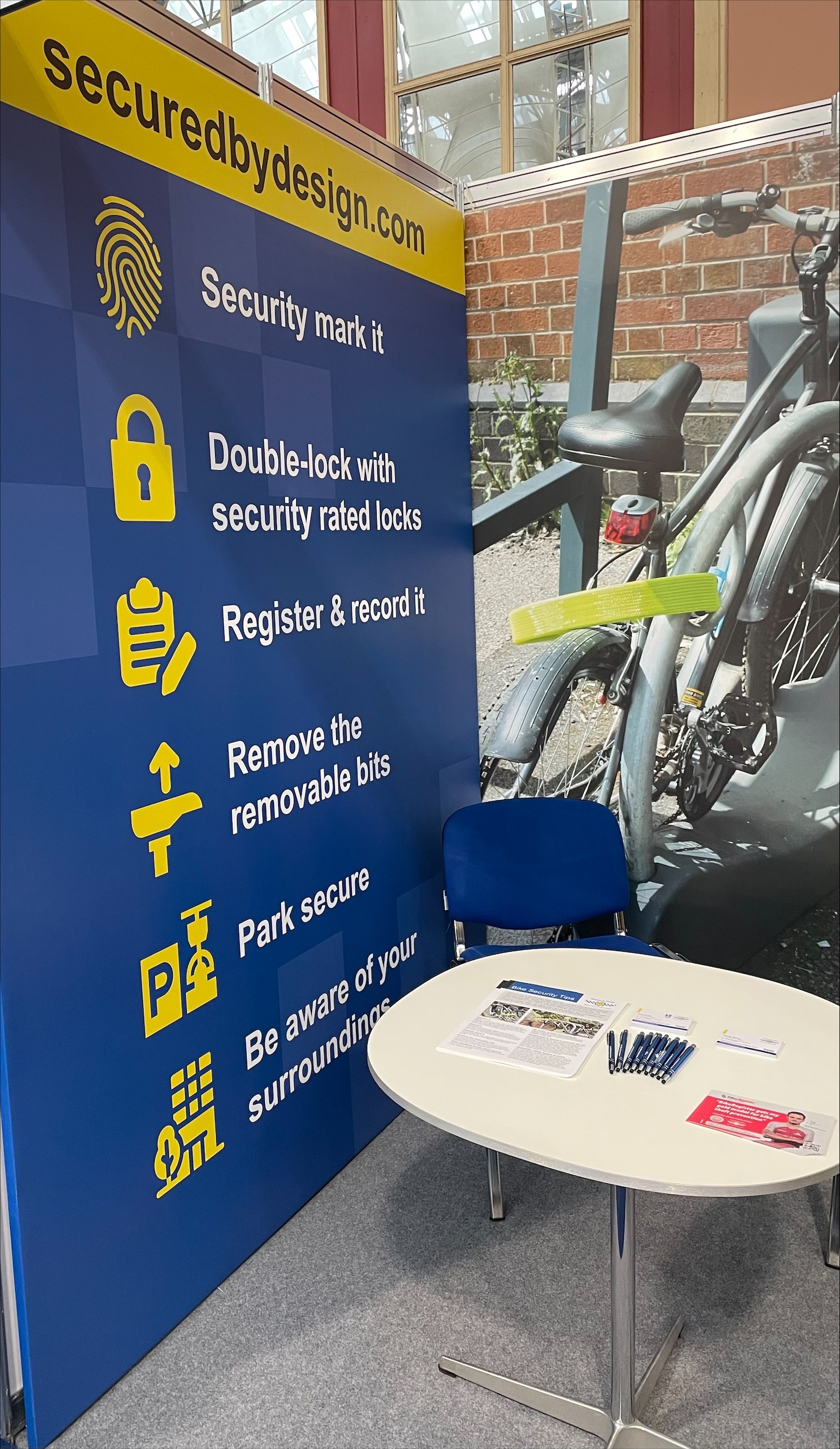 Checking in at Checkpoint Charlie 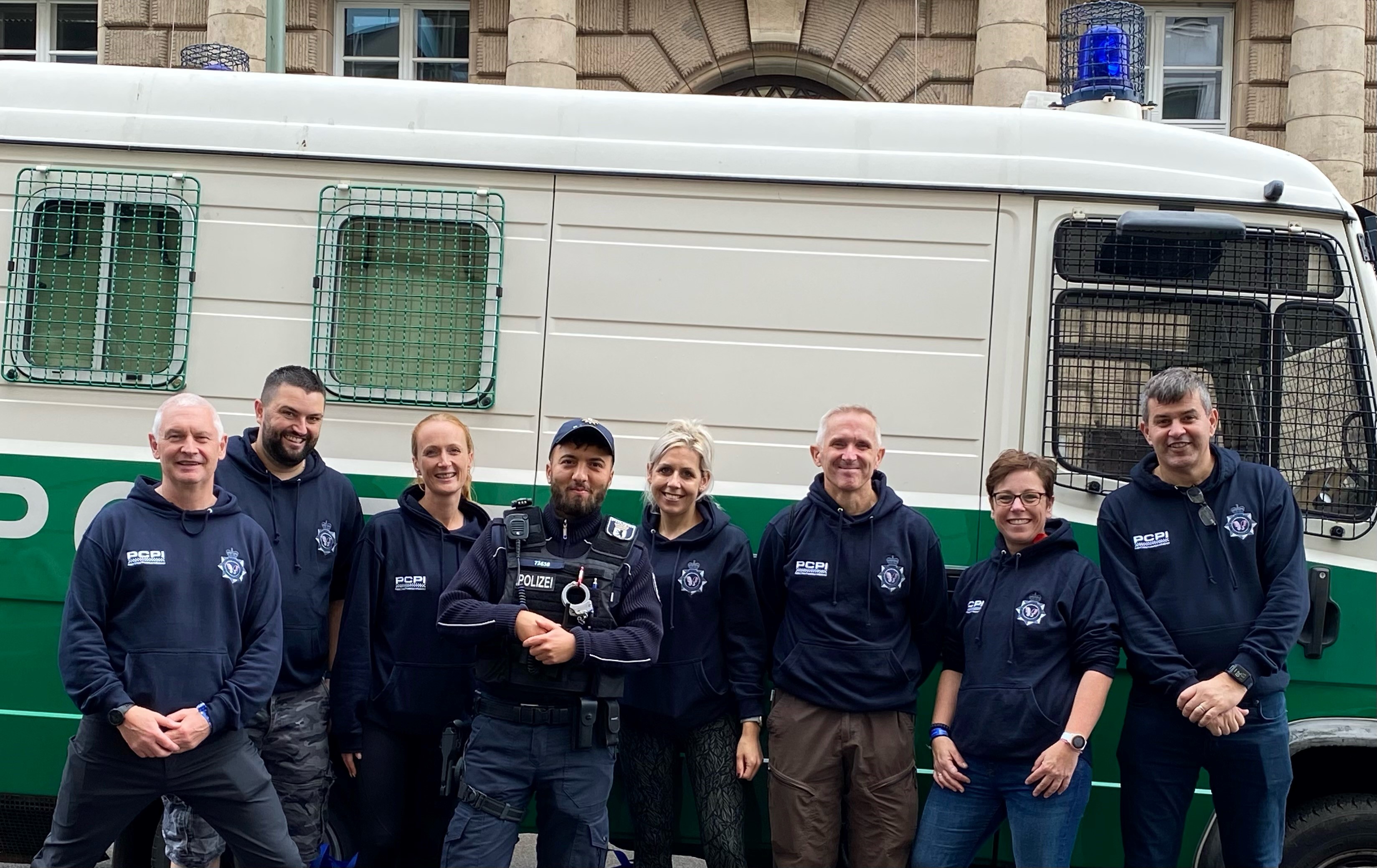 Meeting with a Berlin Police Officer

Most of the team have now completed two or three of the world’s six major marathons and show no signs of slowing down! Many of them are planning to run in Chicago in October 2022, followed three weeks later by the New York Marathon once more.

Bryn Hughes commented: “No matter how many times I am joined by the regular members of our marathon group, I’m never failed to be impressed and humbled by their dedication to put themselves through the months of training that is involved preparing for a marathon all in Nicola’s name and memory. They really are a fantastic bunch of caring and dedicated people.”

Connecting with Bryn and the team at the New York Marathon in 2019, Aida Cotes arrived in Berlin with a special gift from the NYPD. The framed plaque contained a ‘Thin Blue Line’ American Flag, along with the NYPD shield and the PC Nicola Hughes Memorial Fund logo, commemorating the two meeting and running side by side at the Berlin event.

In Manchester in September 2012, two unarmed Police Officers, Nicola Hughes and Fiona Bone, were shot whilst responding to a routine burglary call. Bryn Hughes, the father of PC Nicola Hughes, one of the victims, set up the charity with the aim of providing learning opportunities and pre-employment skills, in the form of support through grants or services, to children (under 21) who have suffered the tragic loss of a close family member through a violent crime such as murder or manslaughter.

The PC Nicola Hughes Memorial Fund helps these children try and rebuild their lives and look towards the future, enabling them to stand on their own feet by continuing with education, where financial situations may have changed, or start a course which will enable them to gain employment.

The incredible efforts of Team Berlin 2021 has meant that over £21,000 has already been raised for the fund with more still coming in, allowing Bryn and his team to help many more children affected by violent crime.

You can find out more on the PC Nicola Hughes Memorial Fund at: