THE first homes in what used to be Guildford Street will welcome their new families this week. The £6.5-million transformation of the newly-named Orchard Drive was capped by the awarding of Secured By Design accreditation from Humberside Police. It closes the door on an era when residents there suffered 500 crimes each year. Housing firm Longhurst and Havelok received a certificate from the deputy police and crime commissioner for Humberside, Paul Robinson, to mark the completion of the first 35 homes in phase one of the area’s regeneration.

Phase two, consisting of 16 homes, is due to be completed next year. Mr Robinson said he hoped a Neighbourhood Watch group would be formed to look after properties in the new Orchard Drive. All the homes have multiple lock doors, thicker windows and there is improved lighting in the street. Garden sheds are also secure and there is no timber street furniture either. The presentation happened the day after a burglar attempted to gain entry through a rear door of one of the homes. The glass had shattered but had withstood the attempted break-in.

The style of doors and windows and design and layout of the new area has been drawn up using advice from police. Humberside Police’s crime reduction officer, Andy Robinson, told how other housing estates which have received the Secured By Design accreditation have enjoyed a 75 per cent reduction in crime and 25 per cent cut in anti-social behaviour. He said residents moving into new estates with the security hallmark take pride in their neighbourhood. 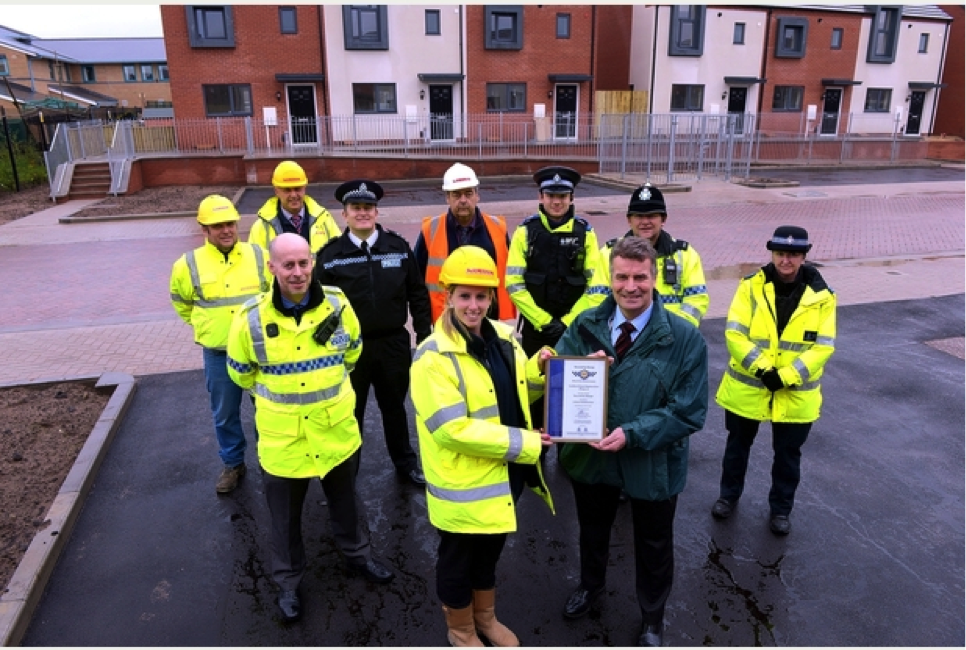 Mr Robinson added: “By designing out crime it reduces crime levels for decades. “It is going to be their own little community. “It is going to be interesting to see how it develops and how they look after their new estate. “Having fitted all the security to the homes the residents should always make sure they use it and keep their property secure.

“It is impressive. It is going to result in better places for people to live and with less anti-social behaviour. “This is a good example of the system working thanks to the developers, housing association and the police working in partnership.”

Chief Inspector Will Jenkins said: “If you can build this kind of development and the residents take pride in their neighbourhood you get that community spirit spreading.”