Gwent Chief Constable Pam Kelly provides an exclusive insight into her Force, her role on the NPCC and her hopes for Police CPI

Gwent Chief Constable Pam Kelly has lived and worked in Wales all her life. She entered the Police Service in 1994 with Dyfed-Powys Police where she spent 23 years progressing through the ranks. She was then appointed to Gwent, first as Deputy Chief Constable, and then two years later in July 2019, to the position of Chief Constable.

Policing is all about working in communities and that sense of belonging drives you to create safer communities in Wales and beyond, she said. A Director of Police Crime Prevention Initiatives (Police CPI), here's what the Chief Constable shared with us in an exclusive interview... 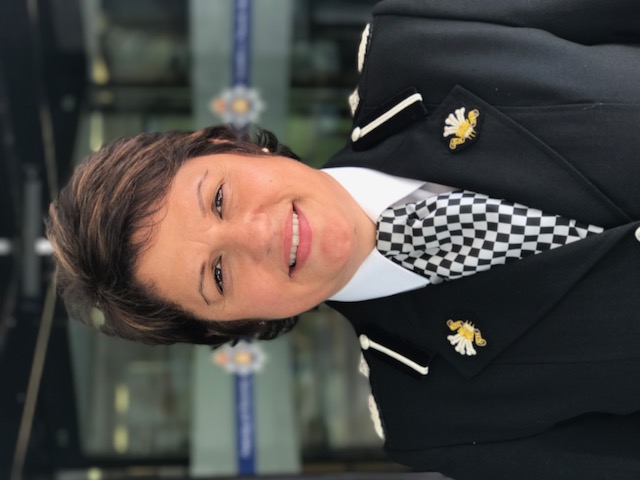 Workforce challenges
As Chair of the Workforce Co-ordination Committee for the National Police Chiefs’ Council (NPCC), Pam said her focus is on looking at the skills and requirements of the workforce now and in the future. The extra 20,000 officers being recruited in England and Wales by March 2023 has come at a time when policing is increasingly in demand and complex. Many experienced officers have left the service, and it’s important we train the new officers in the right way and accrue the skills we need, which are often specialist skills. With policing challenges around the cyber, virtual and artificial intelligence worlds as well as data analytics and forensics, Pam is working very closely with NPCC colleagues to understand the skill gaps now and in the future. Policing not only needs to be more efficient from a business perspective, but also needs to make sure the service has the skills to investigate crimes in these specialist areas. It’s a real challenge to be ahead of the curve and select and train people to build up those specialisms and make sure we can meet that demand and provide a national service. In Gwent, Pam is absolutely certain they have the recruits with the right energy and focus joining and willing to learn from more experienced colleagues. Equally important, is setting aside time for learning. I’m really passionate to make sure we get this right, she said.

Partnership working
Linking in closely with her role as Director with Police CPI, which seeks to act as a catalyst to work with partner organisations to deter and reduce crime, is her belief that partnership working and neighbourhood policing are the cornerstones of building safer communities. Crime prevention is a passion and is the ‘key to the door’ to reducing the number of crimes, the number of victims and the impact that has on communities. I believe it’s very achievable, she said. With strong links to local authorities, Gwent has problem-solving and partnership hubs and crime prevention teams tackling issues of concern to local communities. This is enabling Gwent to reduce crime by between 9-10 percent compared to pre-COVID figures. In Gwent, there is a partnership initiative in Pill called ‘Pride in Pill’ where members of the local community work closely with the local authority and police to tackle low-level issues of concern to local people. For me, basic street-level crime is everyone’s business – communities and partner organisations. That is true partnership and we need to make sure that the money that’s available to support community safety partnerships remains available so there is a good partnership infrastructure around the UK. 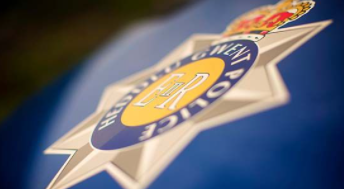 Neighbourhood policing
Pam says she is proud that Gwent has a strong neighbourhood policing structure, which includes Police Officers and Police Community Support Officers (PCSOs). The Welsh Government’s funding of PCSOs enables Gwent to have 170 PCSOs to help get crime prevention advice to local communities with an array of initiatives, which includes visits to schools. These initiatives are having a positive impact and reducing acquisitive crimes, such as burglary. In addition, Gwent has three PCSOs that specialise in working with small businesses and newcomers to technology to prevent cyber crime. This all means we can be really proactive on issues that communities want us to address.

Greatest policing achievements
In operational policing, Pam spent 10 years as a Senior Investigating Officer and takes pride in the murder investigations she led to get the best results in terms of justice for victims and families – representing people who can’t represent themselves. Another major achievement was her secondment to Her Majesty’s Inspectorate of Constabulary (HMIC) where she was tasked with inspecting forces in England and Wales on their child protection procedures following the tragic death of eight-year-old Victoria Climbe. The Home Office Pathologist, who examined Victoria’s body, described her injuries as the worst case of child abuse he had encountered. That work led to Pam playing a key role in the improvement of standards of child protection across the UK. Pam was also the first policing author for the All Wales Child Protection procedures and was a major influencer in implementing the Multi-Agency Public Protection Arrangements around sex and violent offenders across the UK. Pam has been involved in setting up sexual assault referral centres and influenced the setting up of those centres across Wales.
In terms of executive leadership in Gwent, Pam is proud of the project she has led to build a new police HQ in Cwmbran to the north of Newport. But she quickly points out that it is people who create a Police Service. She is proud of the senior leadership team she has built, which has together established the tone and style for their Force. This becomes evident to the public in terms of front-line officers responding to 101 and 999 calls – because that’s the part of the service the public see and feel. A lot of work has been done to ensure staff and officers understand the importance of having the right culture and sense of public service and she is hugely proud of the commitment, energy and professionalism that is being shown every day. We have made sure everyone knows what’s expected of them and delivers the best possible service. With two years to go before completing 30 years’ service, she is really enjoying seeing the performance and cultural improvement including the development of those important partnership relationships.

Being a Director in Police CPI
With a leadership team intent on making an impact and reducing crime, Police CPI works alongside the Police Service throughout the UK to deter and reduce crime to build safer communities and reduce the demand on hard-pressed Police Forces. To do this, Police CPI has produced a wide range of crime prevention initiatives and delivers great packages and services, she said. Those members of Police CPI’s small team of staff should be proud of what they do. Its flagship initiative, Secured by Design, seeks to make buildings more secure in a wide range of sectors including housing, education, health, commercial and retail amongst others. It does this by setting security standards for products like doors and windows so they are sufficiently robust to withstand attack from casual or opportunist burglars. Along with introducing police crime prevention techniques and measures into the surrounding layout and landscaping, this has led to reductions in crime of up to 87% on new build housing estates compared to those that don’t enjoy these benefits. This brings potential massive benefits to Police Forces that need to understand that Police CPI is there to help them – and only requires sufficient income from businesses and partners to enable that to happen. Pam said she looks forward to seeing examples of how Police Forces have introduced and embedded Police CPI’s initiatives which go on to reduce crime and make a positive impact on local communities and reduce demand on front-line officers. The latest of these is Licensing Security & Vulnerability Initiative (Licensing SAVI), which seeks to make licensed premises like nightclubs, pubs, bars and restaurants safer places for the benefit of staff, customers and local communities. Licensing SAVI is being rolled out to 300 venues across West Yorkshire. It is poised to be launched in Wigan within Greater Manchester’s policing area. Pam added that it’s important for Police CPI to work with Police Forces to capture how successful its initiatives have been and then work to share those success stories with other Police Forces around the UK.