Joining a speaker line-up of world experts from countries including Canada, New Zealand, United Kingdom, Singapore, Netherlands and the USA, Guy will be speaking about ‘Preventing Crime Through Problem Solving’.

Guy will be focusing on the police use of Problem-Solving techniques and how delegates can use proven models to solve identified crime problems within their policing area. Guy’s talk will include a practical element for delegates to take part in, as well as some examples of previous successes in the UK.

The International Conference of Crime Prevention aims to raise awareness about the latest Dubai Police strategies to maintain Dubai as one of the safest cities in the world, as well as showcase innovative technologies, techniques and equipment to ensure future urban safety.

The two-day conference and exhibition also looks to establish lasting global relations amongst the top police and security leaders from around the world, exchange best-practices in crime prevention and increase media and public awareness about strategies and innovations in maintaining a safe urban community. 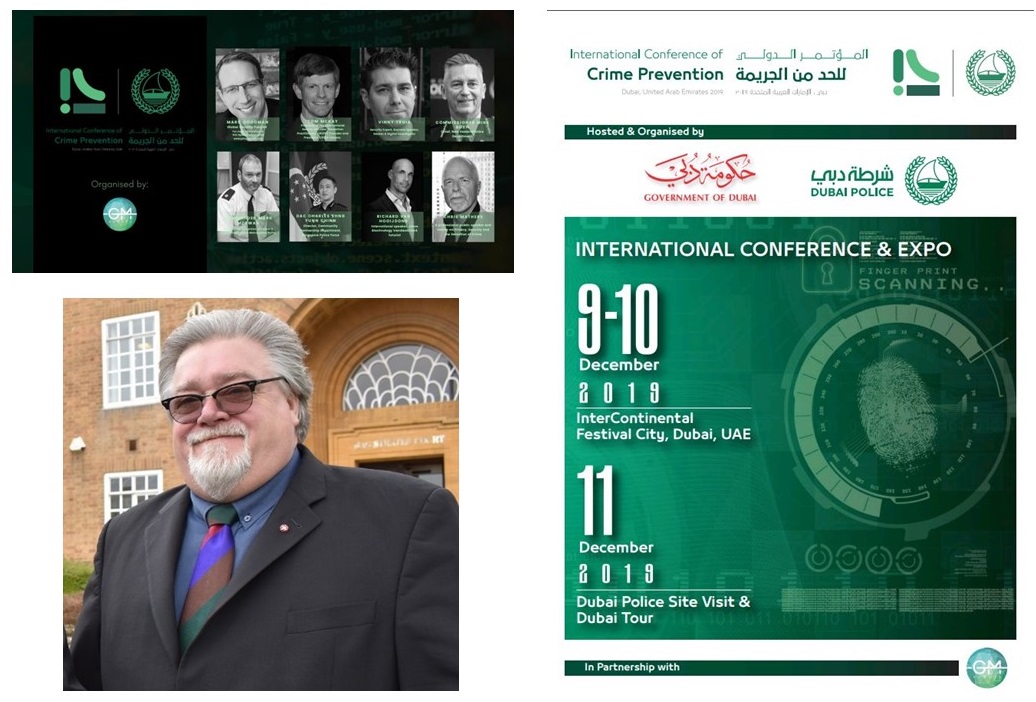 Prior to this, Guy spent 30 years in the UK Police Service and three years at INTERPOL with a focus on Counter Terrorism issues. As National Coordinator for Biological Security, Guy was the author of a number of publications including ‘Personnel Security Standards for Laboratories’. The aim of this guidance was to combat the insider threat and protect high risk biological materials. Guy went on to work on projects aimed at protecting the critical national infrastructure within the UK.

During a three year tenure at INTERPOL, Guy was the Head of the BioTerrorism Prevention Unit. During this time, Guy and his team devised many training delivery programs that were delivered around the world, including the creation of a Biosecurity working group in West Africa during the 2014 Ebola outbreak.

Guy has been the author of six UK Government publications and published in a number of peer reviewed journals. In 2002 he was awarded the OBE in the Queen’s Birthday Honours List, for public service.

A range of Cyber Crime Prevention Courses are also available through the Police Digital Security Centre.

More information about the qualifications available and costs can be found at www.crimepreventionacademy.com or by contacting