A virtual reality crime-fighting challenge has been assisting West Midlands Police in raising home security awareness and advising residents of the steps that they can take to reduce the likelihood becoming a victim of burglary.

The unique challenge, launched last September, is called ‘27 Station Road’ and is West Midlands Police’s first ever interactive crime scene. Between 24 September and 6 January there were 40,984 page views for the microsite, with visitors spending an average of around three minutes exploring it. The force’s general crime prevention pages on their main website has seen a resultant increase in visitors. 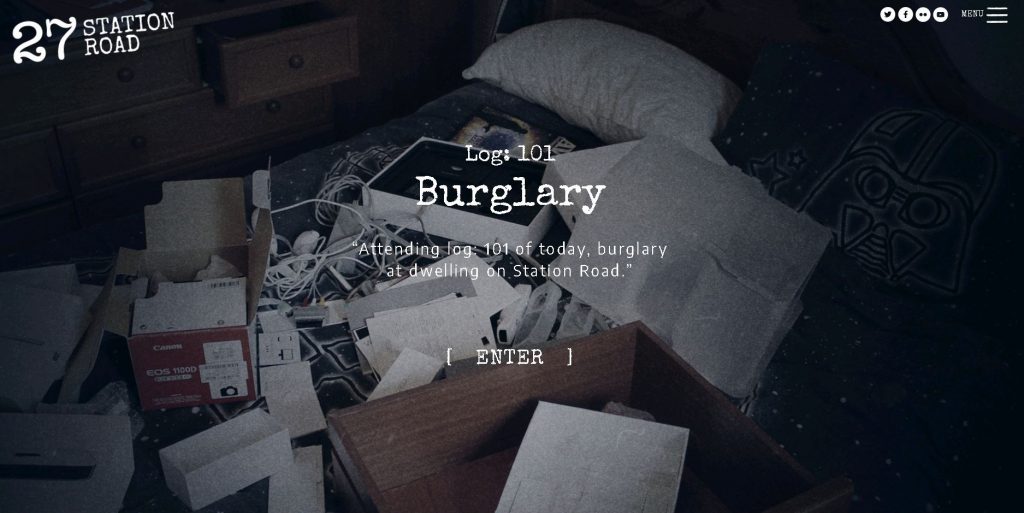 The 360 degree interactive house - built using Sutton Coldfield based agency WAA Chosen and part sponsored by Secured by Design, the national police crime prevention initiative - sees users play the role of a detective called to the scene of a burglary on 27 Station Road. Exploring the property uncovers clues about how the burglar broke in – and what the householder could have done to keep them out.

Programmers worked with reformed burglar Michael Fraser, who has appeared on BBC’s Beat the Burglar series, on the 27 Station Road game to make the challenge as realistic as possible and provide valuable crime prevention pointers.

West Midlands Police’s Designing Out Crime manager, Mark Silvester, said: “We wanted to create an on line product that could reach out to a wider audience rather than having a single physical location. The immersive experience provided by WAA Chosen and our own creative team allows us to host 27 Station Road on Desktop, Mobile and through VR, raising awareness with people on how to prevent themselves becoming the victim of burglary.

“Our Neighbourhood Police Teams will be able to take 27 Station Road on the road, to community and engagement events. Using the videos presented by Michael Fraser also links in with our social media channels for awareness campaigns we’ll be running throughout the year.

“Looking at the number of visitors to the site just days after the launch, we are able see that we are getting the key messages in respect of burglary prevention out there in a variety of forms. 27 Station Road has proven to be a great success”. 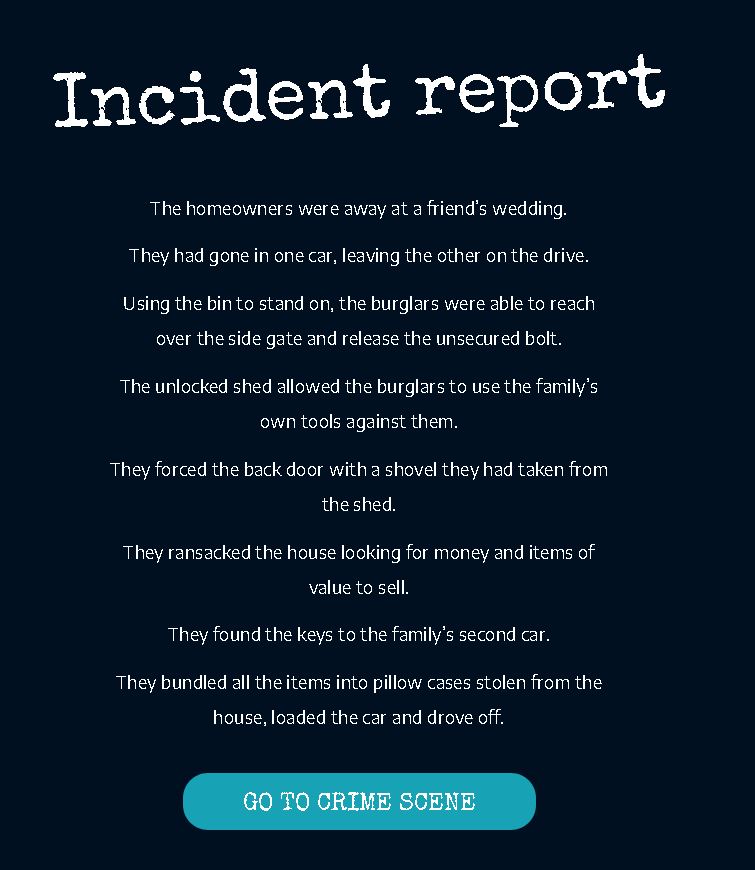 Secured by Design is the national police crime prevention initiative. It is part of Police Crime Prevention Initiatives (PCPI), a police owned organisation that works on behalf of Police & Crime Commissioners and Chief Constables to deliver a wide range of crime prevention and demand reduction initiatives across the UK. It is a not-for-profit organisation and Board Members include senior police officers from each of the four Home Nations who control and direct the work PCPI carries out on behalf of the Police Service.

SBD plays a significant crime prevention role in the planning process to design out crime in a wide range of building sectors. It has achieved some significant success including one million homes built to SBD standards with reductions in crime of up to 87%.

Key to such achievements is the network of SBD trained Designing Out Crime Officers based in Police Forces and local authorities around the UK, who specialise in designing out crime and who liaise with local authority planners, developers and architects to design out crime at the planning stage in a wide range of building sectors. A number of local authorities have even gone so far as to introduce SBD standards as a planning requirement.

SBD have many partner organisations, ranging from the Home Office, Ministry of Housing, Communities & Local Government and the Police Service through to local authorities, housing associations, developers and manufacturers and work closely with standards and certification bodies to ensure that their publicly available standards actually meet the needs of the police and public alike.

Products must be subjected to vigorous testing and auditing by an accredited third party organisation before being allowed to carry the SBD logo – this is the only way for companies to obtain police accreditation for security related products in the UK.

Home break-ins account for almost 10 per cent of total recorded crime in the West Midlands with an average of more than 50 homes a day broken into by thieves.