The largest housing development in the South West of England, which has had police crime prevention techniques embedded into the layout, landscaping and buildings from the outset, is showing significant reductions in crime long before it has been completed.

Work started regenerating North Prospect, which is two miles north of Plymouth City Centre, in 2011 with building scheduled for completion in 2022.

The post World War I estate, originally known as Swilly, gained a reputation over the years for crime and anti-social behaviour which culminated in the notorious Swilly bonfire, which led to marauding fights every November for many years between youths from Swilly and rival youths from new, emerging estates nearby.

The area was also known for houses that were difficult to live in with building surveys highlighting structural cracking and expensive and untreatable damp. Nearly 60% of homes failed even the basic Decent Homes Standard. Swilly, renamed North Prospect in 1969, became known as a ‘Cinderella’ housing estate locally and ranked as one of the most deprived communities in England.

PCH invited Secured by Design (SBD), the national police crime prevention initiative, to become involved to help address concerns about the reputation of the estate and to encourage confidence in the new development.

SBD’s specialist Designing Out Crime Officers worked with architects, developers and local authority planners to ‘design out crime’ before building commenced to ensure that proven crime prevention techniques were incorporated. 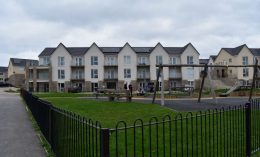 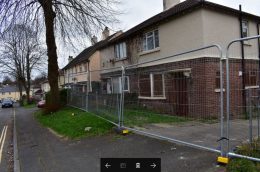 This was a major project and involved demolishing 800 homes, building 1,100 new homes and refurbishing a further 300 homes. The new homes were more energy efficient and needed less repair and maintenance.

They would be safer too because of measures introduced by SBD, such as increased natural surveillance with homes having unrestricted views into the street, over pathways and public spaces, and increased physical security with external doors and accessible windows meeting SBD’s Police Preferred Specification standards for being sufficiently robust to resist attack from opportunist burglars.

Between 2007-2016, recorded crime fell by 62% in North Prospect in four key crime key crime categories, according to statistics released by Devon & Cornwall Police. These figures showed that residential burglary had fallen by 49%, criminal damage by 84%, vehicle offences 78% and violence against the person 14%.

Paul Shepherd, Designing Out Crime Officer, who is embedded with Plymouth City Council, explained: “It was fantastic to have frequent meetings because it channelled all of us into working to ensure residents were going to be happy and safe in their new community.”

PCSO Lee Sheldon, who was the local officer on North Prospect between 2007-17, said: “The place has changed irrevocably. The drop in crime is noticeable for everyone and is no different to what you would find elsewhere.”

PCH Programme Manager, James Savage, said regeneration goes beyond providing new and better homes to improve family lifestyle, health, education and security. “One study we did showed that because families now have properly insulated homes, children would not have to do their homework wrapped up in a duvet on their bed and could use the kitchen table instead. It’s so easy to get lost in all the statistics around new homes, but children are achieving at school and health rates are improving.”

Secured by Design
Our aim is to achieve sustainable reductions in crime through design and other approaches to enable people to live in a safer society.
Tel: 0203 8623 999
Email:
Our promotional film:
https://youtu.be/jZ7oeAQcHmc