The award, which recognises that the University is following six key principles to maximise the safety of staff, students and visitors, was presented to the Imperial College’s Head of Security Terry Branch by Commander Helen Harper of the Metropolitan Police Service at an award ceremony at the college in early October 2022.

Imperial is a global top ten university with a world-class reputation in science, engineering, business and medicine. Consistently rated in the top 10 universities in the world, Imperial College London is the only university in the UK to focus exclusively on science, medicine, engineering and business. Imperial brings together people, disciplines, industries and sectors to further understanding of the natural world, solve major engineering problems, lead the data revolution and improve health and well-being.

To achieve the Secured Environments award, Imperial underwent a thorough audit of their security processes and procedures, as well as consultation with staff, to verify that they were following six key principles to maximise the security of all students, visitors and employees. 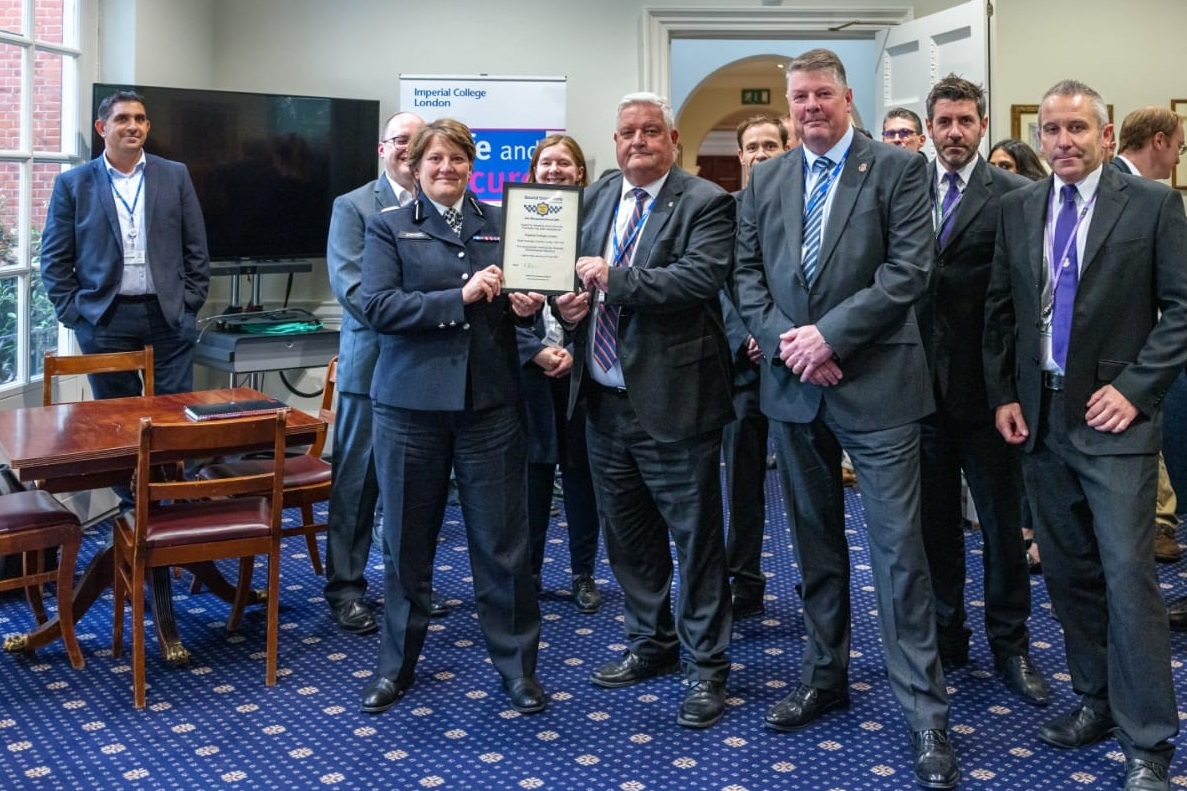 Terry Branch, Head of Security, Imperial College London said: “This award has taken a lot of a hard work from a great number of people. It is demonstration of the dedication the Security team has in placing the safety and security of all staff, students, and visitors as our utmost priority.”

“I’d like to thank those staff that worked tirelessly to achieve this award. Our officers have been instrumental in implementing the principles and demonstrating them day-in-day-out. I’d also like to thank everyone who submitted a response to our survey earlier in the year; the responses were incredibly valuable in understanding our strengths and where we can improve.”

Guy Ferguson, Chief Executive Officer, Police CPI said: “I am delighted that Imperial College London has achieved this accreditation, it is a real testament to their hard work. Good security is valued by employees, students and indeed their parents, so congratulations are due to Imperial for recognising and rising to this challenge and meeting the high standards required to achieve the award.”

Secured Environments is a police certification scheme which is awarded to organisations that are able to show that they have adopted six key principles for protecting themselves against crime. Secured Environments locations include landmark buildings, shopping centres, universities, halls of residence and business premises.

Established in 2007, it provides a framework for managing and meeting the challenges faced, and it enables organisations to refine their approach and demonstrate that it is effective. The aim is to help organisations to think about their risks and how to make the best use of measures they already have.

The six key principles of the Secured Environments accreditation are a commitment by an organisation and its leadership to create a secure environment; an understanding of the security risks that it faces; the development of an effective response to reduce the risks to the organisation; a management plan to achieve its aims and objectives; the effective implementation of the security and crime prevention measures; and the monitoring and evaluation of the security and crime prevention measures.

Secured Environments was developed through the partnership of Police Crime Prevention Initiatives and Perpetuity Research and Consultancy International Limited (PRCI), a specialist in crime, risk and security management.