A new £25 million scheme to tackle burglary and theft in crime hotspots has been launched by the Policing Minister this week.

The Safer Streets Fund opened to bids from police and crime commissioners (PCCs) across England and Wales to fund initiatives aimed at stopping these offences happening in the first place. The fund is specifically designed for areas that need to tackle theft, robbery and burglary – known as acquisitive crimes.

Launching the fund, Policing Minister Kit Malthouse said: “We are determined to cut crime and make our streets safer. That’s why we are backing the police with more resources and recruiting 20,000 new officers.

“This fund will help prevent people falling victim to crimes which can have a real impact on a community, like burglaries or theft”.

Association of Police and Crime Commissioners lead for prevention, Roger Hirst said: “I welcome the launch of this fund which will help to tackle acquisitive crime by investing in a more preventative approach.

“Preventing crime in the first place is better for the public and reduces demand on policing. We want to ensure that this funding is used to drive down crime in the most effective way, including through targeting key local hotspots”. 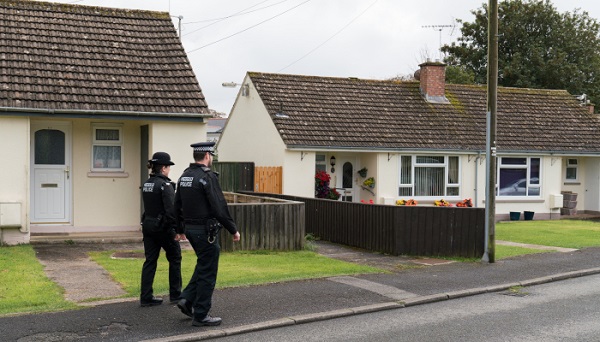 PCCs, in formulating bids, will work closely with local partners to identify those measures that are most likely to make our communities safer. PCCs will be expected to make use of local police force data and to use toolkits provided by the College of Policing, in partnership with other experts, to understand where the funding can have the biggest impact and what interventions will work best in a local area.

Police Crime Prevention Initiatives are supporting delivery of the fund, with Secured by Design trained Designing Out Crime Officers assisting in developing bids for the fund.

Jon Cole, Chief Operating Officer, Police Crime Prevention Initiatives said “I am delighted that we will be assisting delivery of this fund to prevent burglary and other crimes in disproportionately affected areas in England and Wales. Secured by Design developments deliver significant reductions in crime and anti-social behaviour and as such, can and should, be an important constituent element in providing a prosperous and vibrant community for generations to come”.

PCCs can use the fund to improve neighbourhoods by, for example, increasing street lighting, installing better locks and gating alleyways. They can also invest the money in other types of crime prevention, such as training community wardens, and delivering local crime prevention advice to residents or Neighbourhood Watch schemes. Successful areas will receive grants of up to £550,000.

Police Crime Prevention Initiatives (PCPI) is a police owned organisation that works on behalf of the Police Service to deliver a wide range of crime prevention and demand reduction initiatives across the UK. PCPI is a not-for-profit organisation and Board Members include senior police officers from each of the four Home Nations who control and direct the work PCPI carries out on behalf of the Police Service.

Secured by Design (SBD) is PCPI’s most well-known & established initiative, which plays a significant crime prevention role in the planning process to design out crime in a wide range of building sectors. Set up by the Police Service in 1989 SBD acts as a catalyst to bring organisations together to reduce crime and the fear of crime, and create safer communities. It has achieved some significant success including one million homes built to SBD standards with reductions in crime of up to 87%. Key to such achievements is the network of SBD trained Designing Out Crime Officers based in Police Forces and local authorities around the UK, who specialise in designing out crime.

SBD developments deliver significant reductions in crime and anti-social behaviour and as such are an important constituent element in providing a prosperous and vibrant community for generations to come.