Popular London LGBT+ nightclub, MA1, has become one of the first licensed premises in the nation’s capital to receive a National Policing Award for Safety.

MA1, a club with a wide range of themed nights, achieved this accolade after successfully taking part in a pioneering, police-led initiative to improve the safety and security of its premises for the benefit of staff, customers and local communities.

The venue, located on City Road near Old Street Station, takes the safety of patrons incredibly seriously, and were keen to become early adopters of the Licensing SAVI scheme, which included training staff on the Met Police’s ‘Ask for Angela’ scheme.

Alan Roberts, who owns and manages MA1, said: “I found using Licensing SAVI was a great way of refreshing my security plans, educating my staff, and was particularly impressed with how easy the self-assessment was to use.

“I’d not previously heard of the Ask for Angela campaign; however, I was able to print off posters and provide my staff with the input around recognising and dealing with vulnerability. This turned out to be timely as about 3 weeks ago, a woman in distress approached my door staff and asked for Angela. We were able to take her to a safe space within our club and support her, ensuring she was able to contact trusted friends and get home safely. Without completing Licensing SAVI we may not have been aware of this great initiative.

“We’ve also seen a TV/TS group bring their regular function to our venue because they feel safe here, so providing a safe venue for customers, particularly within the LGBT+ community, benefits us all.’

Mark Morgan, Business Manager, Licensing SAVI, said: “I’m absolutely delighted with the feedback from MA1 which highlights the benefit of using Licensing SAVI as a means for venues to improve their knowledge of current standards and good practice, with a great example of how as a venue they’ve become aware of the Ask for Angela scheme, briefed staff and subsequently able to support a vulnerable female.  I’m also pleased that MA1 has attracted a new customer base owing to the fact they feel safe at the venue – that’s a positive impact all round and fits with the findings of our recent YouGov survey which shows that customers are more likely to visit a licensed premises that they feel safe at” 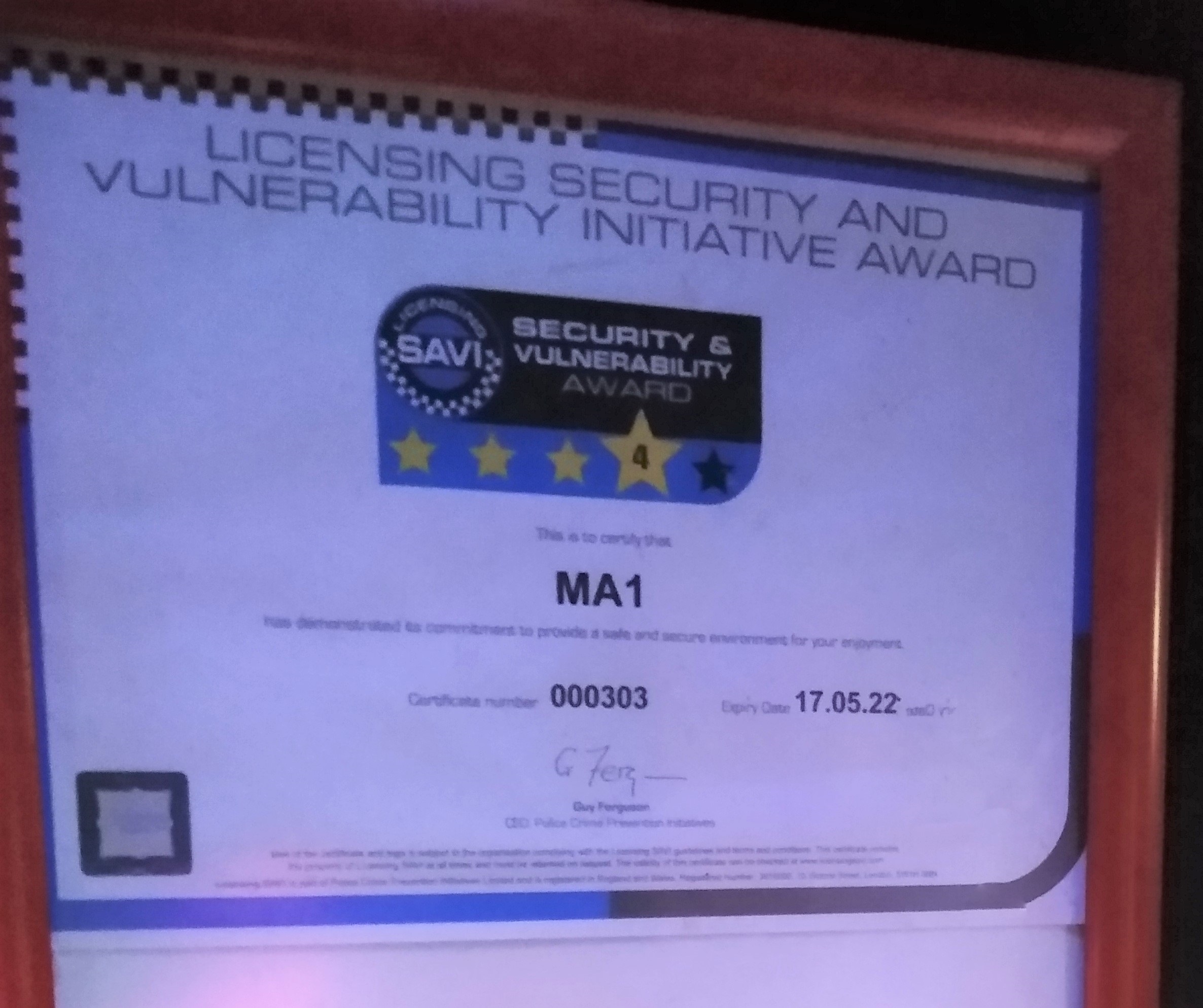 It also covers drink spiking and the use of date rape drugs, which have hit national headlines in the last few days with a number of victims from around the country saying they have been injected with drugs.

The first police award of its kind, Licensing SAVI aims to support the hospitality industry and is backed by the National Police Chiefs’ Council and Project Servator, a police-led vigilance scheme to deter terrorist attacks at crowded-places.