Met DOCO shares his expertise with colleagues from across the globe

A Secured by Design trained Designing Out Crime Officer from the Metropolitan Police Service has been sharing his expertise with law enforcement colleagues from across the world at the prestigious Problem Solving Awards ceremony this week.

Sean Hathaway, who has been a police officer for 16 years and works as a Designing Out Crime Officer in south east London, gave his presentation at the 29th Annual Problem-Oriented Policing Conference in Santa Cruz, California.

Hosted by the Santa Cruz Police Department, the awards recognise outstanding police officers and forces across the world who are engaging in innovative and effective problem-solving efforts and who achieve measurable success in reducing specific crime, disorder, and public safety problems. Each year, police officers of all ranks, as well as crime consultants and crime researchers, come together to discuss what they've learned about trying to reduce different crime and safety problems. 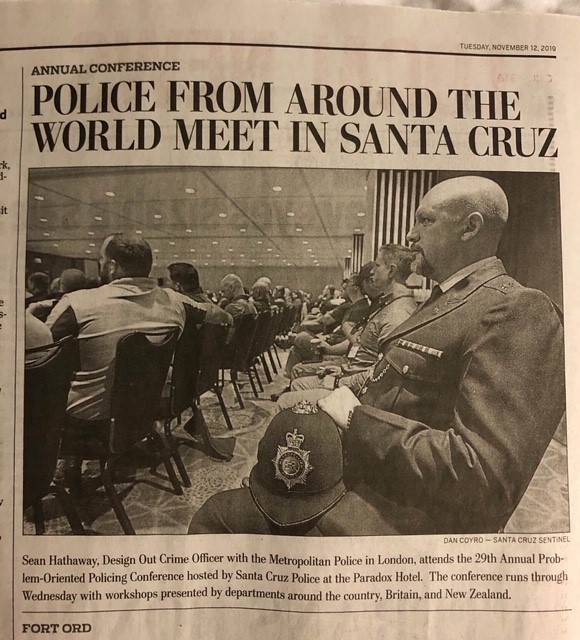 Sean’s presentation highlighted the work that he undertook on controlling crime & disorder in a south east London housing complex, where problems included prostitution, drug dealing, robbery, and burglary. Sean’s subsequent work in the area with the local authority and housing agency has resulted in a 100% reduction in the anti-social behaviour that was being experienced by residents.

Sean was himself a finalist at the same awards ceremony in 2015 and has previously won the London Mayors Problem Oriented Policing (POP) Award Gold Award, as well as receiving five commendations for police work, including life-saving and Problem Solving. He is currently a finalist in this year’s POP Awards and has been shortlisted for the Tilley Problem Solving Awards as well.

Sean said: “I was initially called by the Local Policing team to help them with an ongoing problem they had for a property in the Cray Valley ward of Orpington & using my experience as a Designing Out Crime Officer I was able to offer advice around how Crime Prevention Through Environmental Design could assist - things such as increasing the natural surveillance and improving the lighting.

“A year later the problem has not re-emerged. This obviously represents a huge saving to Police and the local authority, and a massive improvement in the quality of life for residents”. 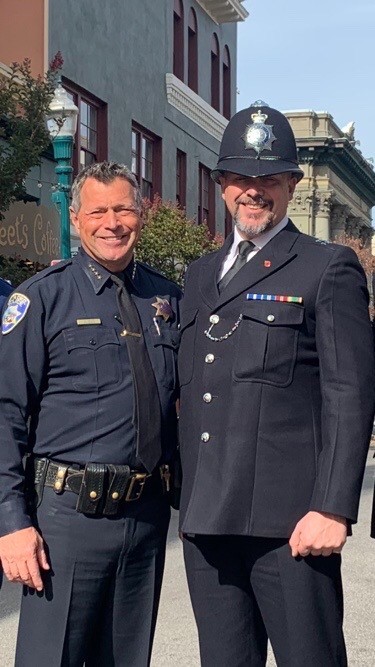 Secured by Design (SBD) is the national police crime prevention initiative. SBD work to include proven crime prevention techniques and measures into the layout and landscaping of new developments and also work to improve the physical security of buildings using products, such as doors, windows, locks and walling systems that meet SBD security requirements. This has led to more than one million homes built to SBD crime prevention standards across the UK – that’s 30% of all new homes built – with reductions in crime of up to 87% year-on-year as reported by Police Scotland in 2017.

Key to such achievements is the network of SBD trained Designing Out Crime Officers – officers like Sean – who are based in Police Forces and local authorities around the UK, who specialise in designing out crime and who liaise with local authority planners, developers and architects to design out crime at the planning stage in a wide range of building sectors.