Neglecting servicing and maintenance is a false economy says Heras

A lack of regular servicing and maintenance on entrance control systems could not only reduce the lifespan of traffic barriers to automatic gates by up to a third but could also leave owners of secure sites liable should faults lead to damage to vehicles or injuries to people.

That’s the stark warning from Heras – Europe’s leading end-to-end supplier of permanent and mobile perimeter protection solutions and Secured by Design member company – which estimates that less than half of sites with perimeter controls (ranging from large distribution hubs and public buildings such as schools to small business parks) have adequate service and maintenance provision.

The company – which has its UK head office in Doncaster – also found that the UK falls behind many other European countries in the service and maintenance league table.

Heras is urging the owners of sites with entrance control systems to at least explore the options in a bid to realise the four pitfalls of not getting traffic barriers to automatic gates regularly maintained.

Arguably, the single most important reason that site owners should look into servicing entrance control systems is to ensure that they are compliant with current standards and regulations. Heras states:

Any business that doesn’t have gates and barriers that are compliant with current standards is leaving itself wide open should incidents or accidents occur on the site that lead to damage or injury. 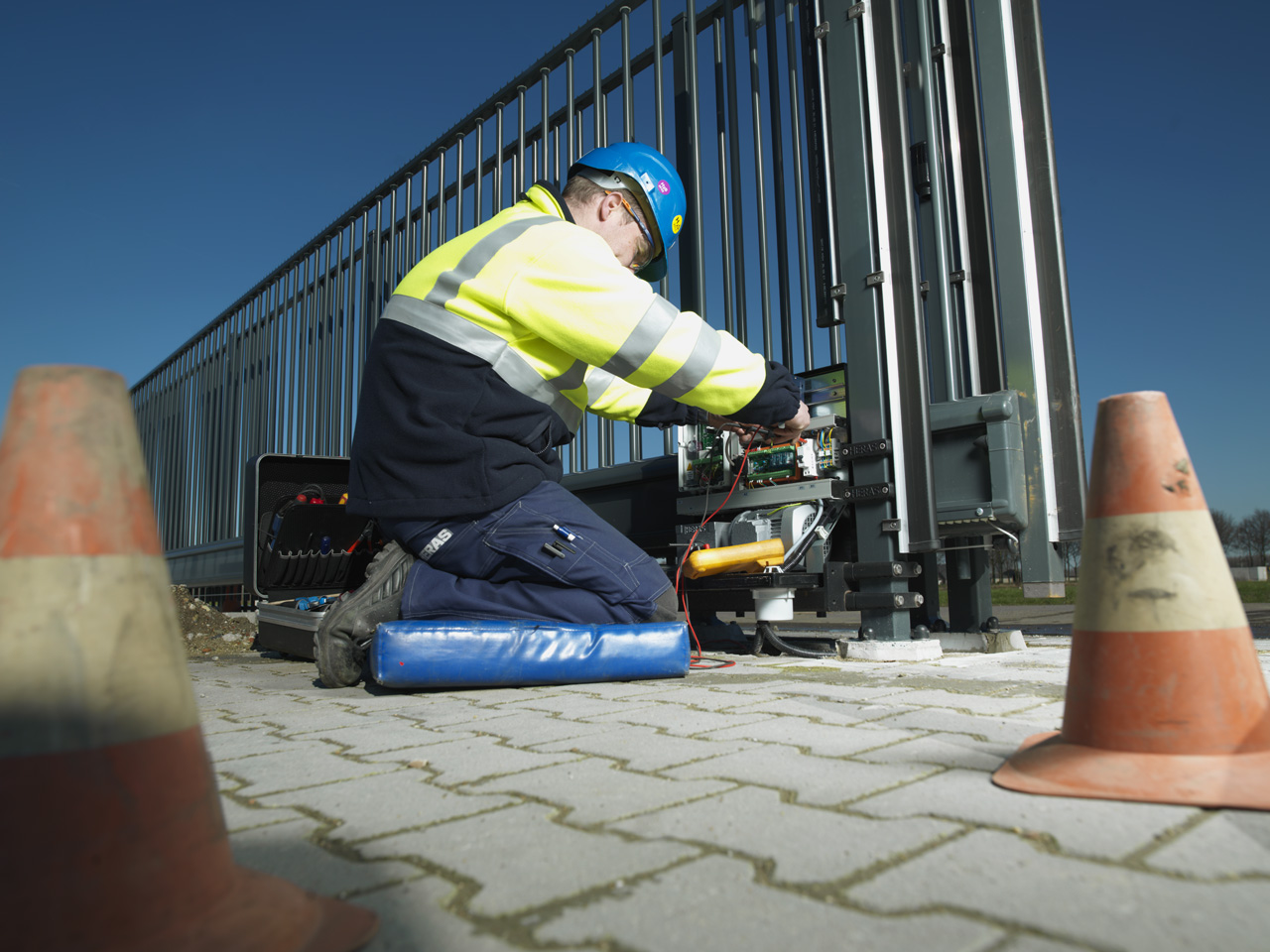 2. Cars are serviced annually, so why not fencing and entrance control?

The comparison with servicing vehicles is an obvious one, but it makes the point very clearly. A vehicle that is driven regularly and not serviced is far more likely to start underperforming and could eventually breakdown. It’s the same for traffic barriers, automatic gates and other perimeter systems.

And if a vehicle breaks down, the driver can call their breakdown service and get a reasonably speedy response. The same can’t be said for entrance control engineers. To put it bluntly, companies like Heras will always prioritise companies with maintenance and servicing contracts – and everyone else has to join the back of the queue.

Not having a service and maintenance contract may save a business a bit of money in the short term – the business may even be lulled into a false sense of security if the entrance control system is reasonably new.

But it’s a false economy for two reasons: the first is that bills are invariably higher if something does breakdown because, typically, more parts need replacing and more work is involved to fix the problem. The second is that the lifetime of a product is reduced if it’s not looked after properly. Heras has seen plenty of examples of gates and barriers that should have remained operational for longer – in some cases up to a third longer – if they’d been regularly serviced. 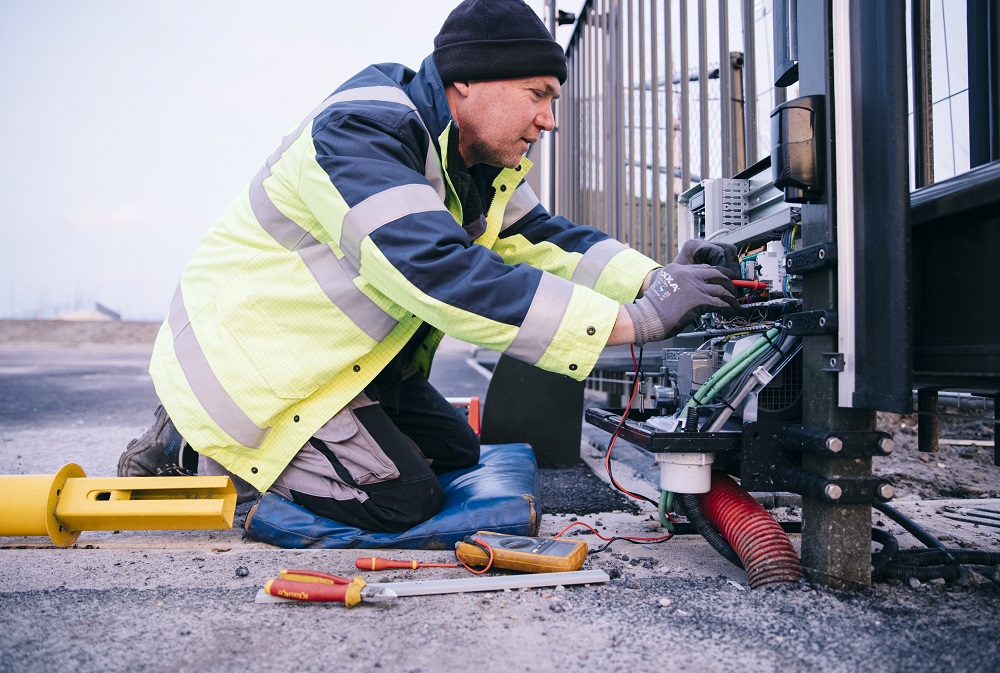 Some businesses simply cannot afford to have any downtime caused by the breakdown of automatic gates or traffic barriers. The most obvious example is the food distribution hubs for the UK’s supermarkets. Their logistics are hugely complex operations and rely on everything running like clockwork.

Another good example is related to the turnstiles at sports stadiums. Ahead of the start of each season, football clubs have to have their turnstiles tested and serviced as part of a process that regulates a club’s ability to host matches.

A range of service solutions

In a bid to provide support across the full spectrum of UK site requirements, Heras has a well-developed range of four service levels: Reactive, Essential, Premium and Premium VIP.

At one end of the spectrum, Reactive is on a no-contract basis and offers repair and maintenance call-outs but no technical support or discounts on parts and labour. With Reactive, an engineer will attend the site, normally within 96 hours of the fault being reported.

At the other end of the scale, Premium VIP is a fully customisable service that offers two maintenance inspections each year, technical support, discounts on parts and labour and a 12-month warranty on repairs. An engineer will attend the site, normally within 24 hours of the fault being reported, and monthly key performance indicator reporting is provided. 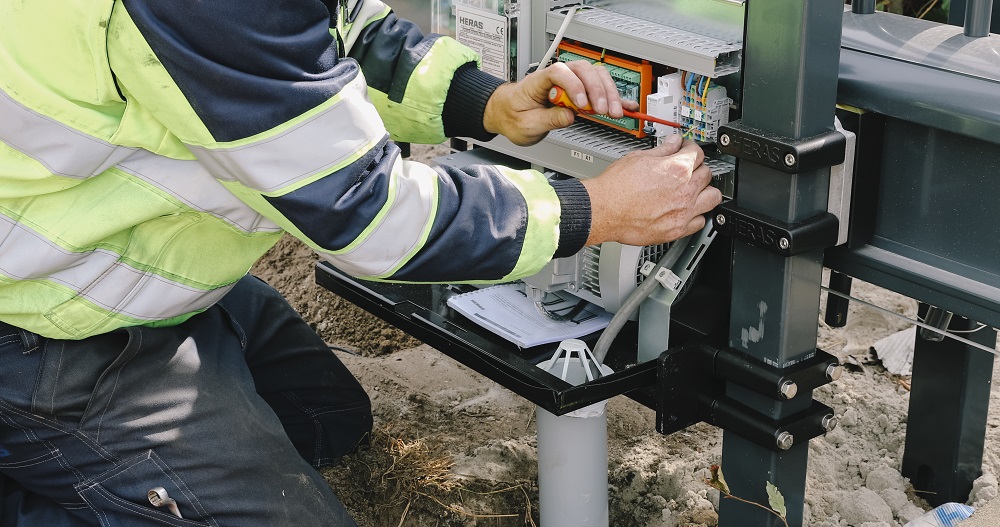 Oliver Cook from Heras summed up by saying that for some organisations, servicing and maintenance forms a key part of any business interruption planning to prevent any downtime. For everyone else, there’s one simple question:

“Why buy a new BMW and drive it every day but never service it? This is the question I always ask any business that baulks at the idea of having a service and maintenance package.

“The penny drops at that point, but I’ll be honest and say it is still sometimes an uphill battle to help people fully understand the benefits of regular servicing and maintenance. But we see it day in and day out that the actual cost of not having it is more expensive than having it.

“And that could pale into insignificance if compliance with current standards and regulations lapses because equipment such as automatic gates is not serviced and maintained and is then the cause of damage or injury.”

You can find out more about Heras and their extensive range of Secured by Design accredited products here: https://www.securedbydesign.com/member-companies/sbd-members?view=companydetail&account=0011i00000JpvqpAAB