Secured by Design (SBD) member company, Patlock, has won the award for best new product in show for their innovative French door lock at the Totally DIY & Tools Show.

Patlock beat dozens of entries to win the award presented at the end of the first day of the show at the Ricoh Arena in Coventry on 14-15 February.

Competition entries were displayed within an area designated for new products at the centre of the exhibition hall, where they were admired by exhibitors and visitors alike. 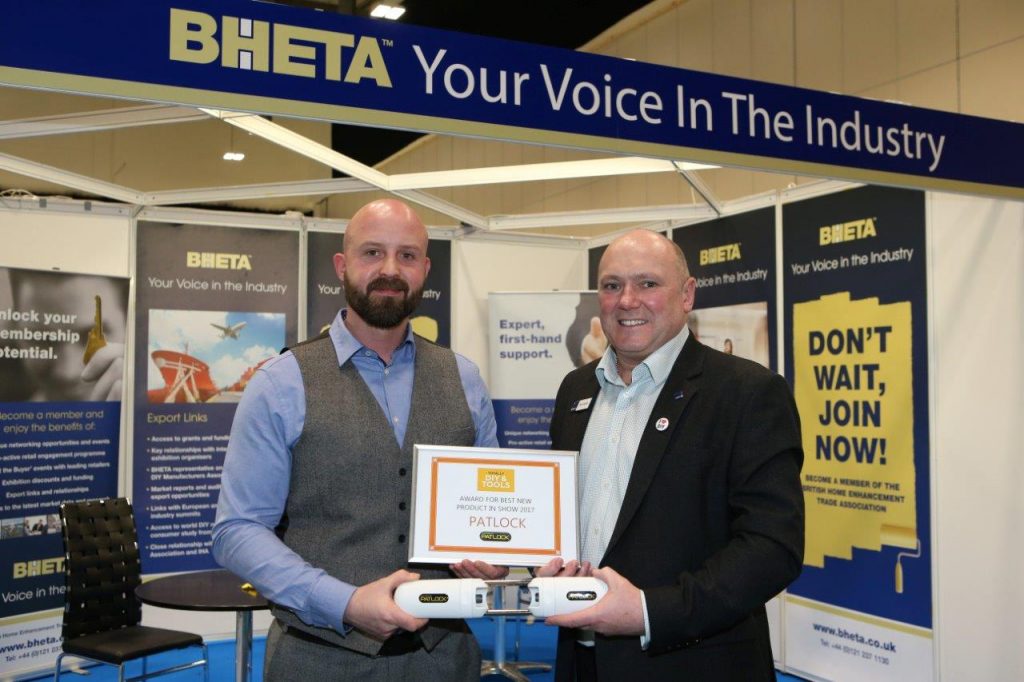 Jim said: "It was a great show and we were delighted to win best new product, especially as it was our first DIY-related show."

Patlock is the home security product and visual deterrent for French doors and conservatories, designed and developed in the UK to combat lock snapping and to deter and stop would-be intruders. Robust, yet weighing less than 1kg, Patlock is easy to fit and release in seconds, with no key or code number required, should a hasty exit from the property be needed.

In addition, each Patlock comes supplied with a pair of tamper resistant door handle spindles, to enhance the security it provides. Patlock works by holding the interior door handles securely in place, ensuring that the door mechanism cannot be operated and remains in the locked position, even if the cylinder locks are snapped or removed.

With more than half a million house break-ins a year, mostly occurring at the rear of the property, usually involving French doors when present, Patlock provides instant security and peace of mind to the homeowner at the weakest point of the home.

Patlock is proud to hold Police Preferred Specification from Secured by Design and is recommended into homes by Police Designing Out Crime Officers (DOCOs) across the country. Secured by Design is a benchmark that goes beyond minimum Building Regulation security standards. It means that the product has not only undergone rigorous physical testing by independent laboratories, but is also audited routinely and re-certified every year to ensure continued compliance to the standards. SBD is the only way for domestic security products to achieve Police accreditation in the UK.

Earlier this month (February), Patlock was seen by millions of viewers on the BBC2 programme Dragons' Den.