In Manchester in September 2012, two unarmed Police Officers where shot whilst responding to a routine burglary call. Bryn Hughes, the father of PC Nicola Hughes, one of the victims, set up the charity with the aim of providing learning opportunities and pre-employment skills, in the form of support through grants or services, to children (under 21) who have suffered the tragic loss of a close family member through a violent crime such as murder or manslaughter.

The PC Nicola Hughes Memorial Fund helps these children try and rebuild their lives and look towards the future, enabling them to stand on their own feet by continuing with education, where financial situations may have changed, or start a course which will enable them to gain employment.

PCPI launched its support for the charity at ATLAS 2020, its Secured by Design initiative’s annual National Training Event, where Bryn opened the Awards Ceremony. Delegates raised over £1,900 for the charity in a raffle. 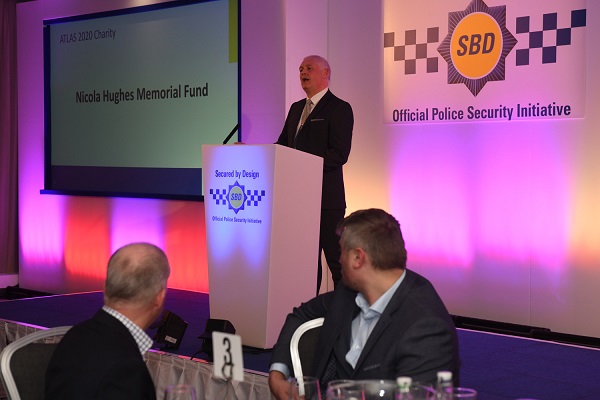 Guy Ferguson, Chief Executive Officer for PCPI, said: “We are very grateful for the opportunity to support Bryn and his family and friends in their hugely valuable work. We are all humbled by the positive response that Bryn has made to losing his brave daughter in this awful way, his response has been truly inspiring. We are looking forward to supporting this worthy charity throughout the year”.

Bryn Hughes, said: “I would like to take this opportunity to thank everyone at the ATLAS 2020 event for their kind donations and to PCPI for being nominated as the charity of the year. Whereas the PC Nicola Hughes Memorial Fund helps to prevent meaningless lives following the loss of a parent the, Police Crime Prevention Initiative is fundamental in trying to prevent such tragedies in the first place.

“The critical work carried out by such schemes is worthy of recognition and support. Together we can make a difference.”

You can find out more on the PC Nicola Hughes Memorial Fund here: https://www.pcnicolahughesmemorialfund.co.uk/ 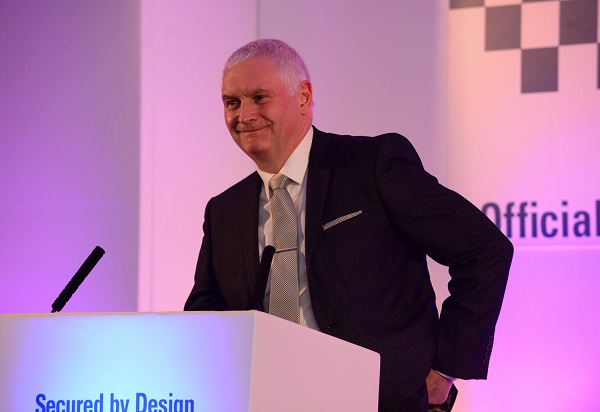 PCPI is a police owned organisation that works on behalf of Police & Crime Commissioners and Chief Constables to deliver a wide range of crime prevention and demand reduction initiatives across the UK, bringing organisations together to reduce crime and the fear of crime, and create safer communities. Secured by Design is one of these initiatives.

PCPI is a not-for-profit organisation and Board Members include senior police officers from each of the four Home Nations who control and direct the work PCPI carries out on behalf of the Police Service.