Merseyside Police is using SelectaDNA Spray to track down offenders involved in the illegal and nuisance use of off-road bikes as part of Operation Brookdale.

The handheld devices (https://www.selectadna.co.uk/dna-defence-spray) can be sprayed by officers at suspected illegal and anti-social scrambler bikes, marking the bikes, clothing and skin of any riders and passengers with a uniquely coded but invisible dye. If suspects are arrested or bikes recovered, the DNA code will link offenders to bikes and any associated criminal offences.

The spray is similar to door-mounted DNA sprays used by shopkeepers across Merseyside, which have led to reductions in business robberies under force Operation Aquila.

A demonstration of the new technology took place recently at Mather Avenue Training Centre and involved members of the force's Roads Policing Unit and the Dogs and Mounted section. Roads Policing officers on bikes circled mounted officers, who sprayed the riders as they rode past. As a result, the bike and rider's clothing was marked with DNA, invisible to the naked eye but easily detected with torches and ultraviolet light in police custody suites.

In February this year, four Liverpool men were arrested and a quad bike was recovered following an incident in Mill Lane, Dingle, where the bike was ridden dangerously towards mounted officers.

Inspector Tony Byrne of the Dogs and Mounted section said: "Acts of anti-social behaviour, dangerous driving and intimidation against members of our communities and our officers will not be tolerated, and this is another great tool in finding and prosecuting offenders.

"Our police horses are trained to be comfortable around vehicles, including off-road bikes, but we have a duty to protect the community, our officers, and our horses from all forms of reckless driving.

"The spray means that if you attempt to drive dangerously near to our officers, you are not untouchable. Even a drop of DNA spray will mark riders and their bikes for a long time, and this tactic will undoubtedly lead to more seizures and prosecutions throughout the summer. One spray will put you away."

Superintendent Jenny Sims, leading Operation Brookdale, said: "Already during this year's operation, we have recovered in excess of 90 bikes from our streets and made more than 40 arrests using a variety of tactics, and we will continue to act when communities provide information.

"As we have shown with Operation Aquila, DNA spray is another way to deter and catch those who continue to cause problems in our communities. So tell us who is storing these bikes and where, and we can keep getting results."

"These sprays have helped to reduce business robberies and I am sure they can now be beneficial in targeting the anti-social and criminal use of scrambler bikes.

"The Force is continually looking for more effective and efficient ways to crack down on the crimes that cause most harm to people living, working and visiting Merseyside." 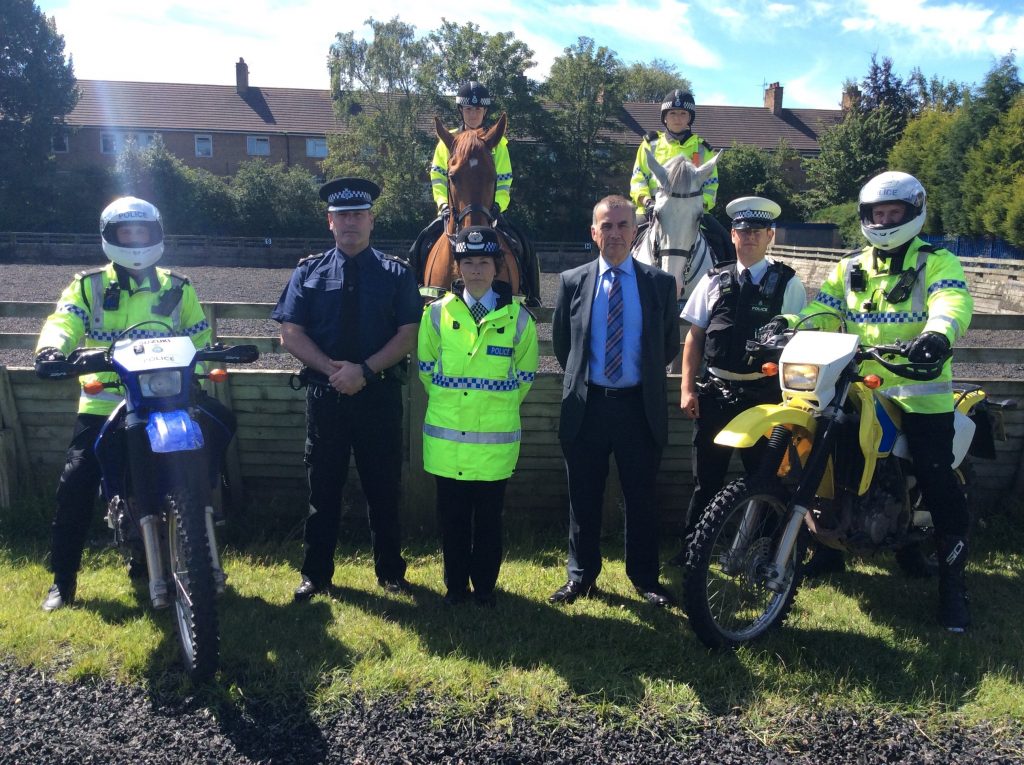