“Following the tragic fire at Grenfell Tower in West London on 14 June 2017, you may recall that the Metropolitan Police carried out a test on a glazed fire door to a flat entrance as part of its criminal investigations. It was discovered that the door, which should have provided 30 minutes fire resistance as required by the Building Regulations, had failed in just half that time.

“The government called for further investigations and, as part of this, I represented Secured by Design (SBD) on the Grenfell Technical Group, which was set up in March 2018 to provide technical advice on entrance doorsets to individual flats at Grenfell, which includes the door and its surrounding frame and all component parts, such as the glazing and door hardware.

“The Group met frequently throughout the rest of that year and included other not-for-profit organisations like the Fire Industry Association (FIA) and the Door and Hardware Federation (DHF). Our comprehensive technical findings were duly reported to government via the Grenfell Independent Expert Panel.

“It was as a direct result of SBD, FIA and DHF coming together in this way that led to us taking the unprecedented step of collaborating on a document entitled ‘Guide For Selecting Flat Entrance Doorsets’ which we published in March 2019.

“Aimed at housing associations, landlords, building owners and local authorities in England, it provides guidance about what to look for in flat entrance doorsets, how this relates to the latest advice supplied by government and why third-party certification of fire doorset manufacture, installation and maintenance is a critical part of fire protection.

“I believe this is the first time organisations with expertise in security and fire safety have come together to provide door manufacturers and the building sector generally with such a detailed document on flat entrance doorsets.

“It was highlighted in some of the national publicity regarding the 2nd anniversary of the tragedy that there is a lot of frustration about the lack of progress in providing reassurance around safer living in high rise developments. We believe this document is an important step forward in the wake of Grenfell.” 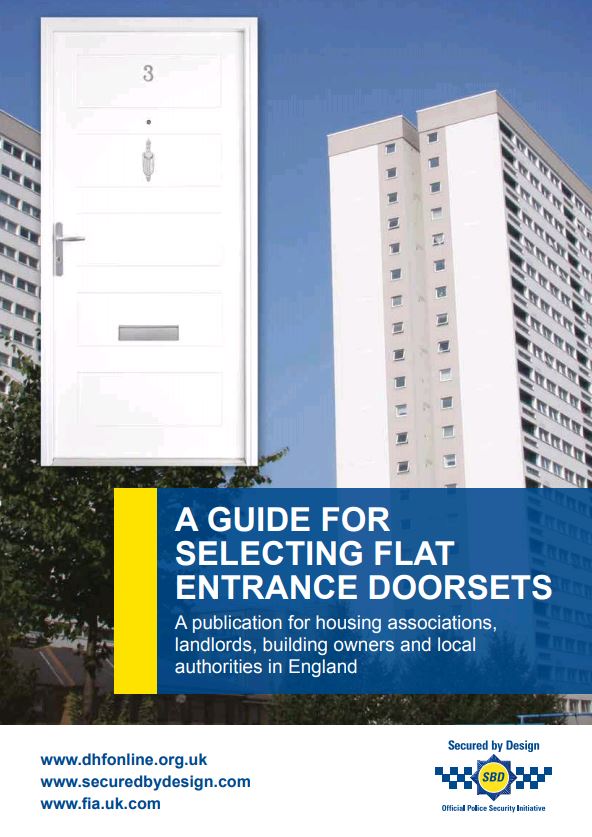