Security consultants learn how Secured by Design is reducing crime

The importance of organisations working together to reduce crime was made by Secured by Design (SBD), the national police crime prevention initiative, during a presentation at the Association of Security Consultants’ Business Group at Armoury House, London, in February 2017.

SBD Chief Executive Officer, Guy Ferguson, a former Met Police Detective Chief Superintendent, told a packed meeting that SBD seeks to be a major catalyst and focus for crime prevention around the UK.

SBD operates altruistically by working with a large number of different organisations to encourage crime prevention to be built in at the design stage as well as encouraging manufacturers to achieve Police Preferred Specification on their products, such as doors and windows.

Self-funded by fee-paying member companies, SBD works at no cost to the Police Service or the public purse with surplus funds going back into crime prevention initiatives and research.

Partnership working was being encouraged by the Home Office and was specifically mentioned in the Home Office Modern Crime Prevention Strategy (March 2016), which stated that where Government, Police, businesses and public work together sustained cuts in crime can be achieved. The report added that the Home Office is working with Police to maintain the Secured by Design brand as an important source of advice to prevent crime, the audience was told.

Mr Ferguson said that SBD had been set up in 1989 following a sharp rise in burglary which stemmed from the housing boom between the 1960s and 1980s when the emphasis had been on meeting demand as quickly and cheaply as possible with little consideration given to security.

Since then independent academic research had shown that SBD sites, which incorporate crime prevention techniques into environmental design and the installation of Police Preferred Specification products, are 75% less likely to be burgled compared to similar non-SBD sites.

A security systems related example of partnership working has been SBD working on behalf of the National Police Chiefs’ Council to advise Police Forces on the administration of police response to security systems, including intruder alarms. This involves working with the National Security Inspectorate and the Security Systems and Alarms Inspection Board. As a result, intruder alarm calls to police have fallen from 1.5m in 1995 to under 140,000 in 2015.

Lyn Poole, an SBD Designing Out Crime Officer based in the Met Police, was co-presenting. She said SBD was being taken up on developments and building projects all over the UK, including London. SBD developments in the capital included Kidbrooke Estate, Thamesmead, Elephant & Castle and Greenwich Peninsula, among many others. She said that iconic SBD sites included the 2012 London Olympics site and Wembley Stadium, as well as the Welsh and Scottish Assembly buildings.

Roger Noakes, Vice Chairman of the Association of Security Consultants, said: "The presentation by SBD was incredibly informative and well received by all ASC members. The ASC are looking forward to a close working relationship with the SBD to assist in continuing to improve standards within the industry." 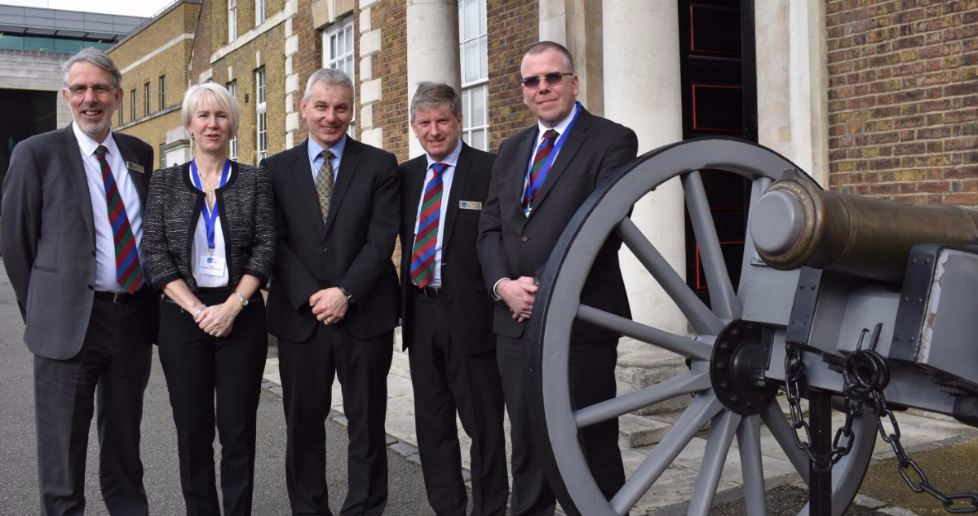