Sports and social clubs are safer than most types of licensed premises, but ‘being Licensing SAVI will help improve their safety record every year’

Nearly two out of every three adults want improved safety measures in sports and social clubs following recent national publicity around the safety of women and girls, a YouGov survey has found. 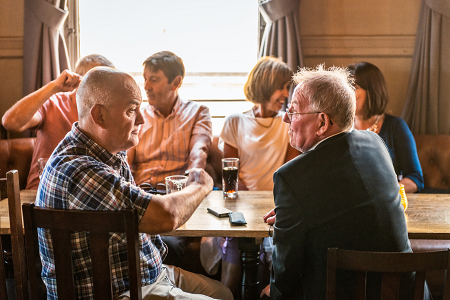 The survey also revealed that 18% of respondents would have visited sports and social clubs more if they felt safer – this was the lowest figure across all licensed premises. This may be because people feel safer in this type of venue due to the bespoke social activities and entertainment that take place and the familiarity of patrons with each other due to membership, regular attendance and loyalty from within the local community.

A total of 17% of respondents check out the safety of sports and social clubs prior to visiting and 18% look for safety considerations once they have arrived. These percentages are significantly lower than other licensed premises like hotels and guests houses at 36% and 30%, and stadiums and arenas at 21% and 28% respectively. Again, these results for sports and social clubs need to be considered within the context of meeting the needs of their local communities rather than the wider range of visitors from further afield that you would expect to visit hotels and guest houses, and stadiums and arenas. 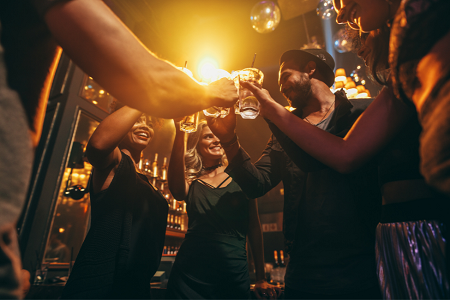 In addition, when respondents were asked about their perception of safety upon arrival at licensed premises they generally had fewer concerns with sports and social clubs than with other types of venues – most likely because of their familiarity with these local venues. The main concerns in sports and social clubs were cleanliness and hygiene (40%), the premises being well-lit (39%) and clearly marked fire exits (37%). This contrasts with restaurants where adults were most concerned about cleanliness and hygiene (60%) and in nightclubs where they prioritised door entry control (57%).

These safety feature priorities are broadly the same once inside and moving around within sports and social clubs. A total of 47% of respondents are looking for the venue to be well-lit; 46% for cleanliness and hygiene and 44% clearly marked fire exits.

Also, 23% of adults are more likely to have visited sports and social clubs if they had been granted a Police Safety Award.

“Clearly, adults who took part in this research feel safer in sports and social clubs than they do in many other types of licensed premises. However, safety is still an important and significant factor in sports and social clubs with nearly one in five adults saying they would visit more if they felt safer and more than one in five adults saying that would visit if the venue had a police safety award.

“Having been personally involved in local sports clubs or dealing with issues arising at both sports and social clubs from a policing perspective for many years, I know how such venues look to diversify to increase income streams by holding events such as 18th birthday parties where youngsters are potentially vulnerable.

“It is really important for staff to understand the risks that are sometimes posed if not managed properly and Licensing SAVI helps to identify good practice to ensure safety, maintain a good reputation and ultimately be the destination of choice for such gatherings.”

Mark explained that Licensing SAVI enables licensed premises to carry out a health check on their venue and improve safety and security year-on-year. “This has got to be good for staff and customers – and good for business too.”