Nearly 24,000 new homes on three huge developments to the North and East of London at Barking Riverside, Beam Park and Meridian Water – each with its own train station – are all going to meet the Secured by Design (SBD) ‘Silver Award’ crime prevention standards.

Designing Out Crime Officers (DOCOs) working for the Metropolitan Police have ensured that this security standard has been written into the respective local authority planning conditions – ensuring that all doors, windows and locks will be of sufficient robust quality to deter criminal activity, reduce crime and help residents to be safe and secure.

As each of the developments progresses, DOCOs will be seeking to achieve the SBD Gold Award on appropriate development plots. This would mean crime prevention design techniques being applied to the layout and landscaping too, such as maximising natural surveillance, creating defensible space and limiting excessive through movement.

Residential developments that have SBD crime prevention measures included in the physical security of buildings and their layout and landscaping, have been proven to reduce crime by up to 87% for each and every year in the lifetime of a development. This is not only good news for residents but also for hard-pressed police forces. More than one million new homes have been built around the UK to SBD crime prevention standards over the last 20 years.

Commander Mark McEwan, of the Metropolitan Police, said: “This is just a snapshot of the important work being completed by our Designing Out Crime Officers across London in reducing crime by influencing the built environment. This helps create safer communities and a significant reduction in demand for the Metropolitan Police and its partners.

“It highlights what can be achieved through effective partnership working, in this case with housing developers, architects and local authorities, creating communities with up to 87% less crime compared to non-Secured by Design developments.”

Lyn Poole, SBD Development Officer, whose remit includes Greater London and the South East, said: “These are extensive and fabulous showcase projects which will be enjoyed by tens of thousands of residents and families over many generations. We are delighted that the Metropolitan Police is investing in officers who are specially trained in crime prevention and designing out crime to ensure that developments that are being designed and constructed today will provide safe and secure homes long into the future.” The developments are as follows:

Barking Riverside (pictured above): With 10,800 new homes for nearly 30,000 residents, Barking Riverside is one of the largest and most ambitious housing schemes in Europe. Situated on the site of the former Barking Power Station, it boasts 2km of South-facing River Thames frontage to the East of Canary Wharf and the Thames Barrier. As well as new houses and apartments with a target of 50% affordable homes, there will be seven new schools, including five primary schools, one secondary school and another for special educational needs as well as shops, restaurants, leisure, healthcare and community facilities.

The London Overground is being extended to include a new train station for the development, which is due to be completed in 2021. Barking Riverside station will provide commuters with a 22-minute journey into the City of London. New bus routes are in place already, connecting residents to Dagenham Dock and Barking Stations.

The project is being delivered by Barking Riverside Limited, a partnership between L&Q, one of the UK’s leading housing associations, and the Greater London Authority. Building work started on the 443-acre site in 2017 and is due to be completed in 2032. 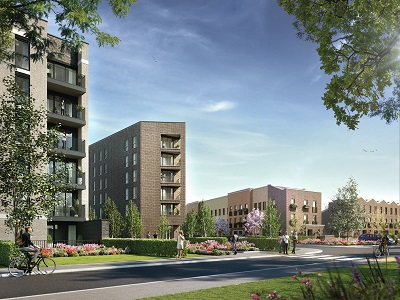 Beam Park (pictured above): Another large development that will have its own railway station is Beam Park, a £1bn, 12-year development of 3,000 homes beside the River Beam between Dagenham and Rainham in East London. Situated on part of the former Ford plant at Dagenham, which was one of the largest car plants in the world and the backdrop for the iconic British film ‘Made in Dagenham’, its 72 acres will provide up to 50% of affordable homes, two new primary schools and a generous allocation for parkland and open spaces.

The new Beam Park train station is scheduled to open in May 2022 providing a 20-minute commute to Fenchurch Street in the City. It will be fronted by a station square, which is hoped will become a community hub with dining, health and leisure facilities.

Beam Park is a partnership between the Greater London Authority, the boroughs of Barking and Dagenham and Havering, and Countryside and L&Q. Building work began earlier this year with the first homes due to be ready in 2020. The development is due to be completed in 2030.

Vicky Savage, London Managing Director at L&Q, said: “L&Q is committed to providing quality affordable homes for everyone, within a neighbourhood they can be proud of. Barking Riverside and Beam Park are truly fantastic new developments, which have been designed to be safe and welcoming for everyone.

“We are proud that our work has been recognised in this way and look forward to continuing our journey with our partners at the GLA and Countryside.” 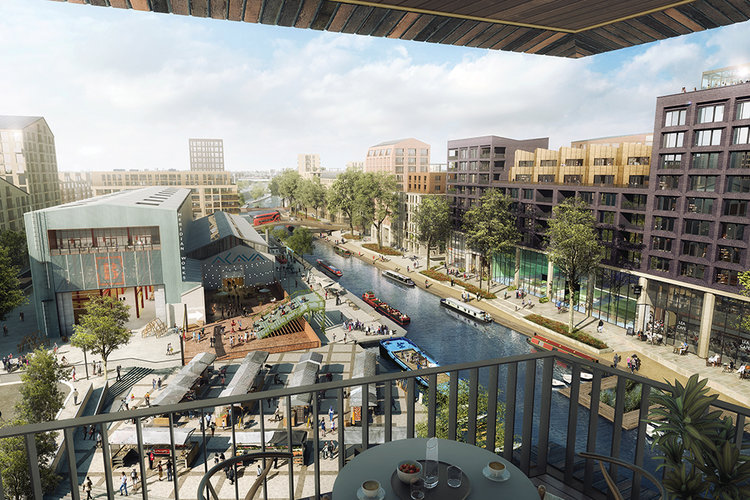 Meridian Water (pictured above): Whilst Barking Riverside and Beam Park await their railway stations, the £6bn, 20-year development of 10,000 homes at Meridian Water, Enfield, North London, already has its own new railway station. Bearing the name of the development, it opened on 3 June, 2019 to serve up to four million rail passengers a year.

Enfield Council, which is leading this regeneration project, has funded £40m of the £46m cost of the new station. The Council believes the new station underpins the whole development and is now pressing ahead to deliver new homes.

Construction enabling work on the homes started in January 2017. Phase 1 consisting of 750 homes, which are next to Meridian Water train station, will be under construction in 2020 with the first completions expected during 2022. They will be complemented by new public squares, shops and leisure facilities. Phase 2 of the development will have 100 per cent affordable housing.

“We’re committed to making Meridian Water a place where people are proud to live and happy to raise families. That means taking an enormous amount of care in getting every aspect of the development right - down to the tiniest details and that includes a sharp focus on both making the entire development safe but also ensuring individual properties are as well so that residents feel safe, contented and secure in their new homes.” Another picture of Meridian Water is below. 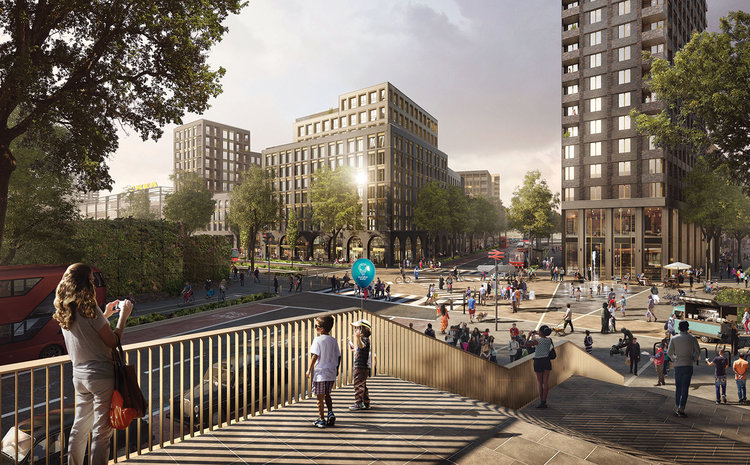