Police Scotland’s Stuart Ward showcased the success of Secured by Design (SBD) in Scotland at SBD’s ATLAS 2019 National Training Event, highlighting to delegates the extraordinary 87% reduction in crime in SBD properties in East Central Scotland over the last 18 years.

Addressing around 180 Designing Out Crime Officers from police forces around the UK, as well as 50 member company exhibitors, Stuart spoke about the fundamental importance of crime prevention, highlighting the significant reductions in crime being achieved on SBD developments in the Fife area.

A study there, taken from more than 150 Kingdom Housing Association developments across Fife, showed a marked drop in crimes on the SBD developments compared to non-SBD developments over the 18 year period between 1997 and 2015. The study showed that 3,000 homes built to the SBD standard have had 87% fewer crimes recorded.

“The recorded crime results came back and they were quite conclusive,” Stuart told the delegates, “Overall 87% fewer crimes were committed against Secured by Design properties. That’s no small figure.

“Secured by Design makes a massive difference to reducing the opportunities for crime and the amount of crimes that have actually occurred.

“The Secured by Design initiative meets Police Scotland’s focus on community focussed policing and the focus of partnership working to reduce the risk and opportunities of crime,” he continued, “Falling crime reduces demand on the police and enables police resources to be focused on more pressing priorities”. 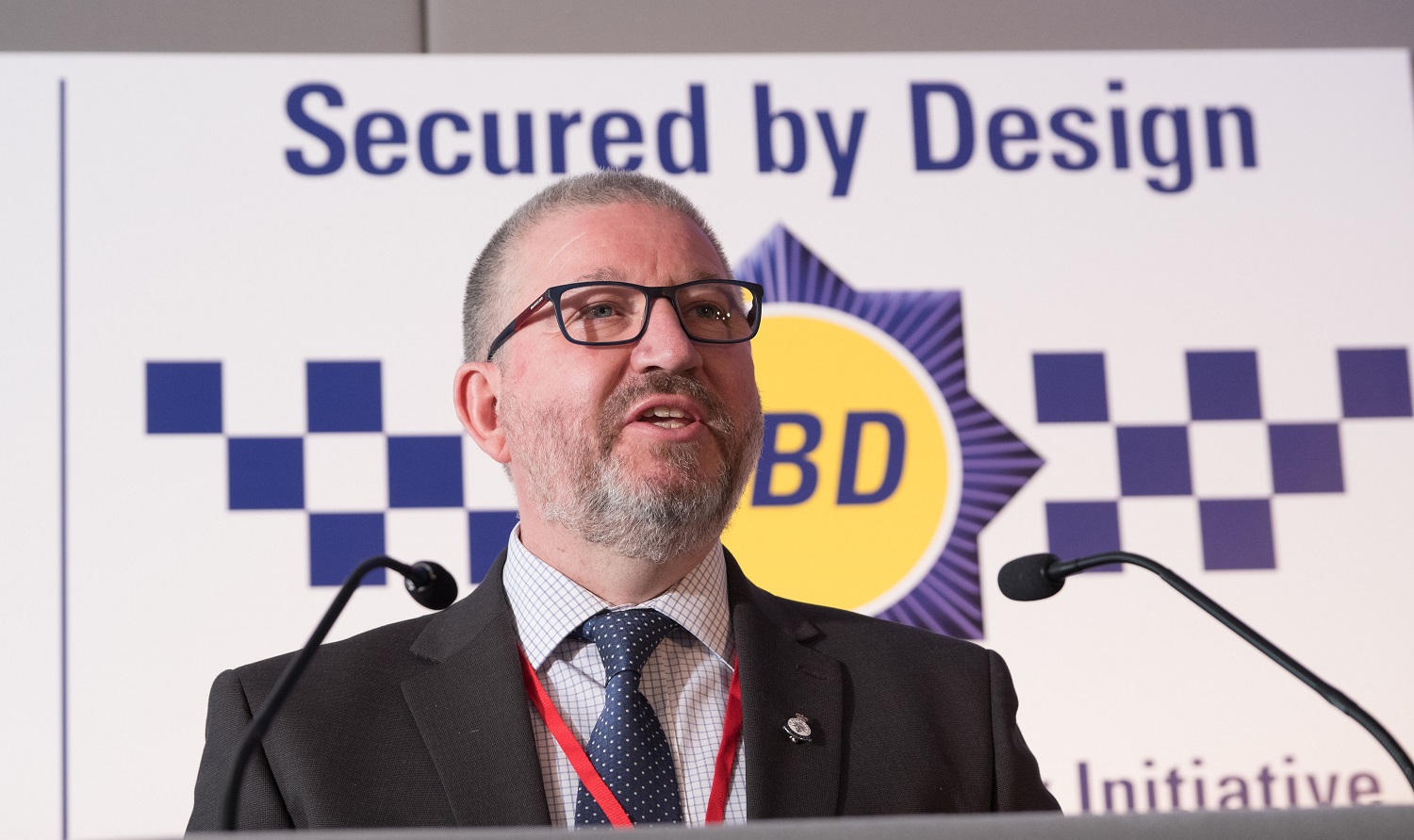 Stuart told the delegates how Kingdom Housing Association, one of the largest housing associations in Scotland, have made it a requirement for every single development they build to be built to SBD standards as not only had there been a demand reduction on the police service, but also there was a demand reduction on the services of the housing association, as the maintenance and repair costs for these developments were significantly lower than usual.

Crimes included in the study were housebreaking, attempted housebreaking, (the Scottish equivalent of burglary and attempted burglary), sneak in thefts (access through an insecure door to steal) and opening of lockfast places (locked vehicles, sheds or outbuildings / garages).

The homes were all built to standards set by SBD, the national police crime prevention initiative, which has 200 officers and staff attached to Police Forces around the UK to ‘design out crime’ by working with architects, developers and local authority planners at the planning stage. Features incorporated within an SBD development include natural surveillance and limiting through movement into the layout and landscaping, and increasing the physical security of buildings, such as attack resistant doors, windows and locks to deter opportunist burglars.

Over 15,000 domestic dwellings in Scotland have been accredited by SBD in last 4 years, as well as 63 non-residential SBD accreditations such as schools, universities, research buildings.

Stuart, who is responsible for crime reduction and implementing SBD across Scotland, manages the 40 Designing Out Crime Officers who work across the country’s 30,400 square miles land area, which includes 790 islands. Stuart was Scotland’s first ever Architectural Liaison Officer and has been attending the National Training Event for over 20 years.