“This award is a boost for the community”

A complex redevelopment of a deprived and crime-troubled housing estate in East London, which initially failed to include crime prevention within the design, has been transformed into a Secured by Design (SBD) showcase community to benefit current and future generations – thanks to the intervention of Designing Out Crime Officers (DOCOs) from the Metropolitan Police.

The Bow Square Garden regeneration on the site of the former 1960s Burdett Estate in Tower Hamlets was declared winner of SBD’s Large Development Award 2020 (for over 100 properties) at SBD’s ATLAS national training event for Designing Out Crime Officers (DOCOs).

DOCO Christine Keen, of the Metropolitan Police, who worked with architects and developers to incorporate SBD principles into the development, was presented with her Award by Stephen Watson QPM, National Police Chiefs’ Council Lead for Crime Prevention, and Helen Ball, Assistant Commissioner (Professionalism), Metropolitan Police. 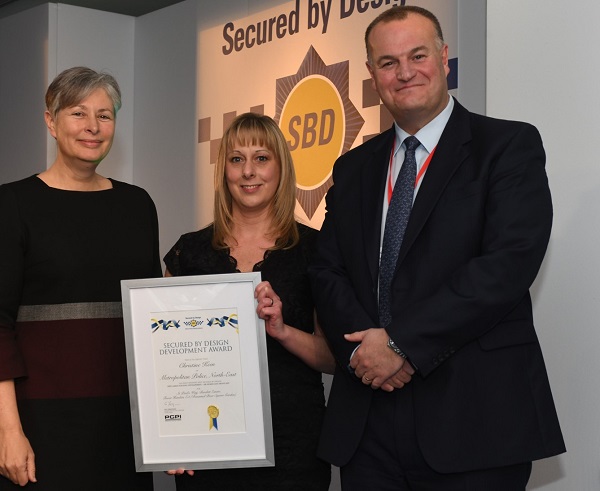 The estate had suffered from limited and irregular investment over many years and was beset by crime and anti-social behaviour. This led to a decline in community pride and feelings of safety and well-being.

With the architects and developers initially reluctant to engage with SBD because crime prevention measures may look unsightly and create a fortress mentality, pre-planning stage designs focused primarily on ‘artistic appearance’ to retain aspects of the original estate, and functionality of each of its parts.

However, there was nothing to define or encourage community ownership, distinguish private and semi-private spaces or protect residential blocks and communal spaces. Police were concerned that additional criminal and anti-social behaviour would result.

After many DOCO and partnership meetings, it was agreed to embrace SBD crime prevention principles and practices and achieve SBD standards. Positive security-led engagement, with SBD as the new community focus, continued throughout the entire build. 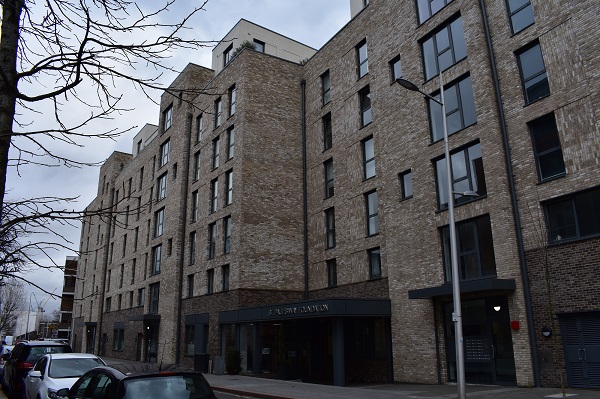 Although each area within the development had different functions, requirements and physical needs, all parties involved in the project were now working towards a positive, safe, sustainable community that was inclusive to everyone and would provide a legacy for future generations.

Many important changes were made to the original design to improve visibility, define legitimate purpose to any areas, ensure security boundaries and reduce the fear of crime and anti-social behaviour. These included:

- widening entrances to the school, community building and mosque with additional lighting and change of paving to define semi-private space; and enhanced glazed entrance doors
- side access and recesses were reduced and removed where possible with additional secure access controlled gates and fencing
- additional layers of fencing, increased height of fencing and access controlled areas to reduce potential policing problems and nuisance to neighbours
- low walls, gates and railings to define defensible space at front of residential properties
- secure recycle and bin storage area 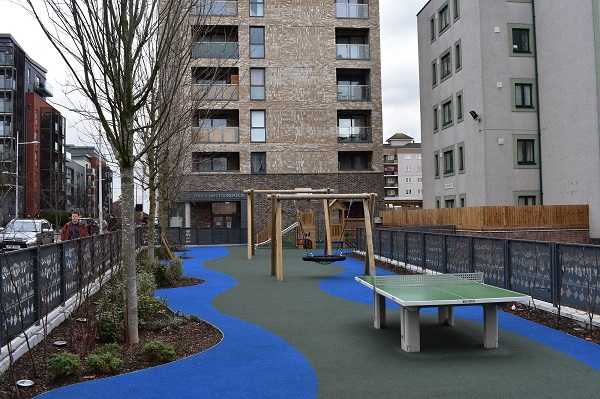 Bow Square Garden was completed in June 2019 with the last residents moving in the month before. The school for 420 pupils was opened in October 2018 and the Mosque in January 2017. A multi-use games area was also provided. It has achieved the SBD Gold Award for physical security of buildings and including crime prevention principles into the layout and landscaping.

On receiving her award, Christine said: “I am extremely pleased with this award and I accept it on behalf of Tower Hamlets. There is a lot of poverty and anti-social behaviour in the area and this award is a boost for the community – and an award for them.”

Inspector Matt Turner, Metropolitan Police, said: “Christine has done a great job delivering this development at Bow Square Garden. It will have a lasting impact on the local community and also help reduce demand on policing and wider public services. This is just one example of the many large scale developments that Christine and the Met DOCOs are working on and the award is well deserved.” 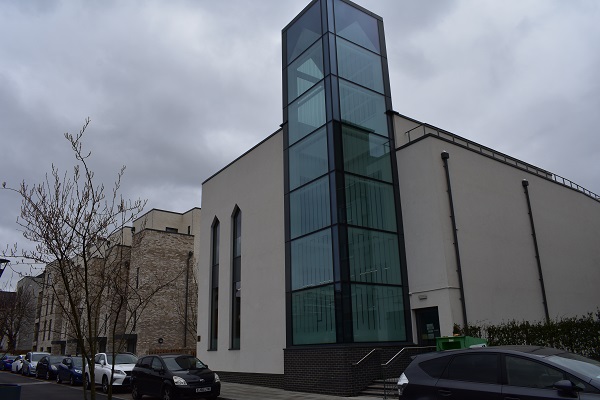