Police Crime Prevention Initiatives (PCPI) marked the end of its busiest and most successful ever annual trade show schedule by attracting a wide range of visitors to our stand within the Government Zone at the International Security Expo 2019 at Olympia London on 3-4 December.

Attended by an estimated 13,000 visitors from all around the world, it proved to be an excellent platform to promote how PCPI’s most successful initiative, Secured by Design (SBD), is working to protect against a range of threats and vulnerabilities, including terrorism.

Also in the spotlight were two of our newest and most rapidly evolving initiatives – our Police Crime Prevention Academy (PCPA), which is delivering a new nationally recognised generation of qualifications in crime prevention and designing out crime, and our Police Digital Security Centre (PDSC), which is seeking to reduce the vulnerability of businesses and organisations to cyber-crime and fraud. 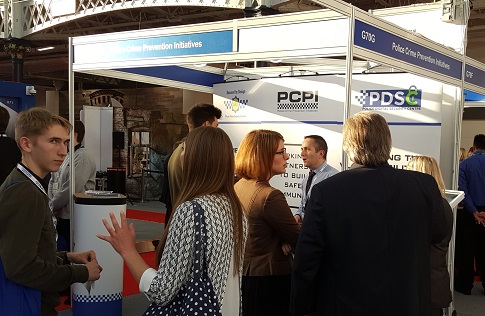 Our stand (pictured above) was positioned conveniently next to the Metropolitan Police and Counter Terror Business stands and near the show’s Loss Prevention Certification Board (LPCB) ‘Live Test and Lab Zone’, which was used by nine SBD member companies to demonstrate the strength of their SBD accredited range of products. The companies taking part in these demonstrations were Barkers Fencing; DormaKaba; Frontier Pitts; Jacksons Fencing; Lochrin Bain; Premier Security; Selectaglaze; Technocover and Zaun Fencing. 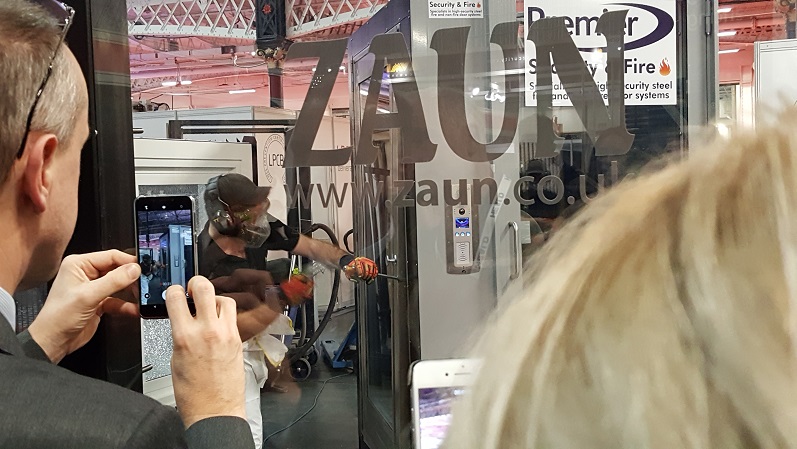 For example, Selectaglaze used the opportunity to demonstrate the strength of its Series 50 specialist high security, secondary glazing unit, which is a strong casement system to LPS 1175 SR2 standards, suitable for treating very large windows and doors. Its performance against forced entry demonstrated why it is certified to significant high levels of security.

A number of other SBD member companies were also exhibiting at the show.

Lyn Poole, SBD Development Officer, said: “International Security Expo was a great way to promote our work in the design and construction industry to incorporate security into a wide range of building sectors, including residential, education, health, transportation, business, commercial, retail and sports and leisure.

“We also explained our Police Preferred Specification product accreditation scheme, which has been proven to deter and reduce crime.” More than one million homes have been built to SBD crime prevention standards with reductions in crime of up to 87% in developments and 61% in major refurbishments.

Guy Collyer, Head of PCPA, commented: “As the Police Preferred learning and development provider for crime prevention and designing out crime, we had a large number of enquiries from police forces across the UK and the private security sector, regarding the qualifications we are now delivering including site security awareness and prevention of extremism and terrorism.

“There has also been a lot of interest from academic institutions which are looking to partner with the PCPA and PCPI over several project areas including research and the further development of qualifications within the security industry. It was also an ideal opportunity for us to reach out to SBD members who were exhibiting at the show, and ensure that we are up-to-date regarding their products." 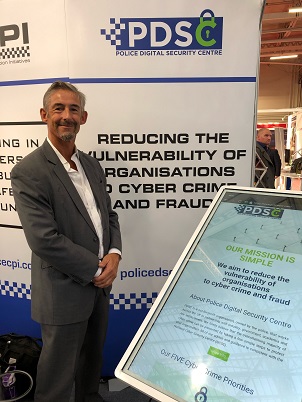 Neil Sinclair, National Cyber Lead, PDSC, (pictured above) said: “We had a steady footfall across both days. On day one, the topic of interest was exclusively cyber security businesses interested in collaborating with PDSC. As well as UK businesses we met several US and Middle East enterprises. Without exception, these businesses were keen to become accredited by our innovative scheme.

“Day two brought a large amount of interest from students eager to find placements and apprenticeships, something that the PDSC is very pleased to be involved with, predominantly around our ‘In The Community’ work.

“We also received interest from a small number of community and local government representatives who were very interested in our ITC programme and the potential for PDSC to run events in their area.”

PCPI’s positioning within the Government Zone proved to be important as it drew-in the audience and supported PCPI’s not-for-profit status. “Our presence will have reinforced the status of PDSC as a significant player in the cyber defence landscape,” added Neil.