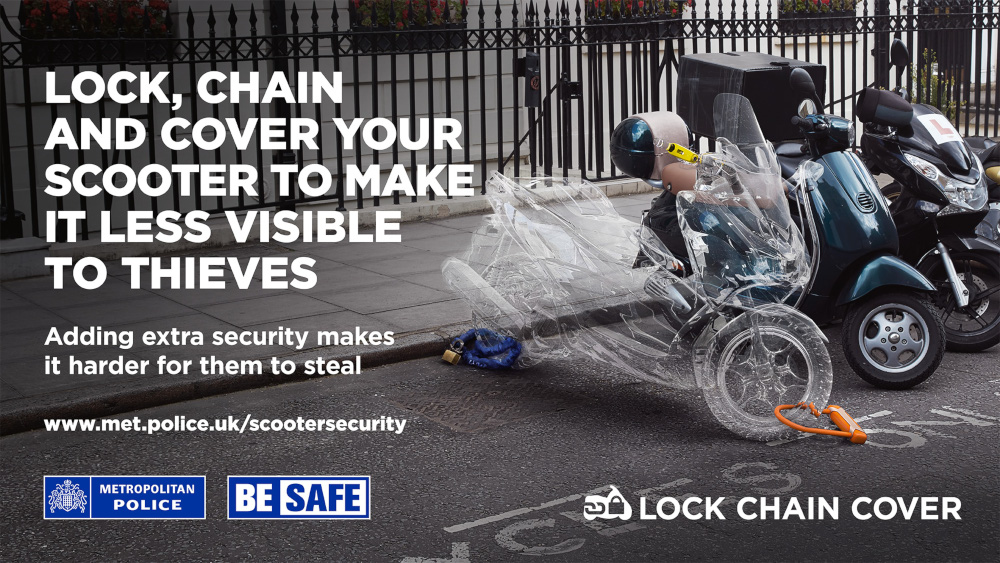 The Metropolitan police has launch a new crime prevention campaign, supported by Secured by Design asking Londoners to lock, chain and cover their bikes.

Thousands of scooters, motorcycles and mopeds were stolen in London last year. Police are mounting operations to arrest those responsible; using faster bikes to catch criminals, “stinger” devices to deflate tyres and a forensic spray to mark individuals committing offences.

A large number of bikes are left without extra security. It takes seconds for a thief to steal a moped, scooter or motorcycle, if unprotected. Police officers are asking Londoners to lock, chain and cover their bikes to make them harder to steal.

The Metropolitan police advice is to lock, chain, cover

Use a disc lock to help secure the front brake disc, or a grip lock to secure the brake and throttle controls. You could also use a D lock on the front wheel to stop it being wheeled away.

Thieves often steal a bike by breaking the steering lock and wheeling it away. Use a chain lock through the back wheel (the front wheel can be removed). Secure your bike, with the lock taut to an immovable object such as a ground anchor or street furniture. This will stop thieves from cutting a lock trailing on the ground using an angle grinder. If this isn’t possible, thread the chain through your bike frame and back wheel.

Thieves often ‘shop’ for particular bike models. Using a cover instantly makes it less attractive to them. A cover also provides another time consuming obstacle for the thief. Unfortunately security measures can’t guarantee your bike won’t be stolen but, by using multiple security measures, you can make it harder and less attractive for thieves. For security products for your scooter, motorcycle or moped search our ‘Accredited products’ page.

Fitting an alarm can be a deterrent to thieves

Consider fitting a Thatcham-rated 1 or 2 alarm system with tracking, immobilisation, anti-grab and movement sensors can help protect and trace your vehicle. A quality Thatcham approved, professionally fitted alarm system will not only put off thieves, but could also reduce your insurance premiums. 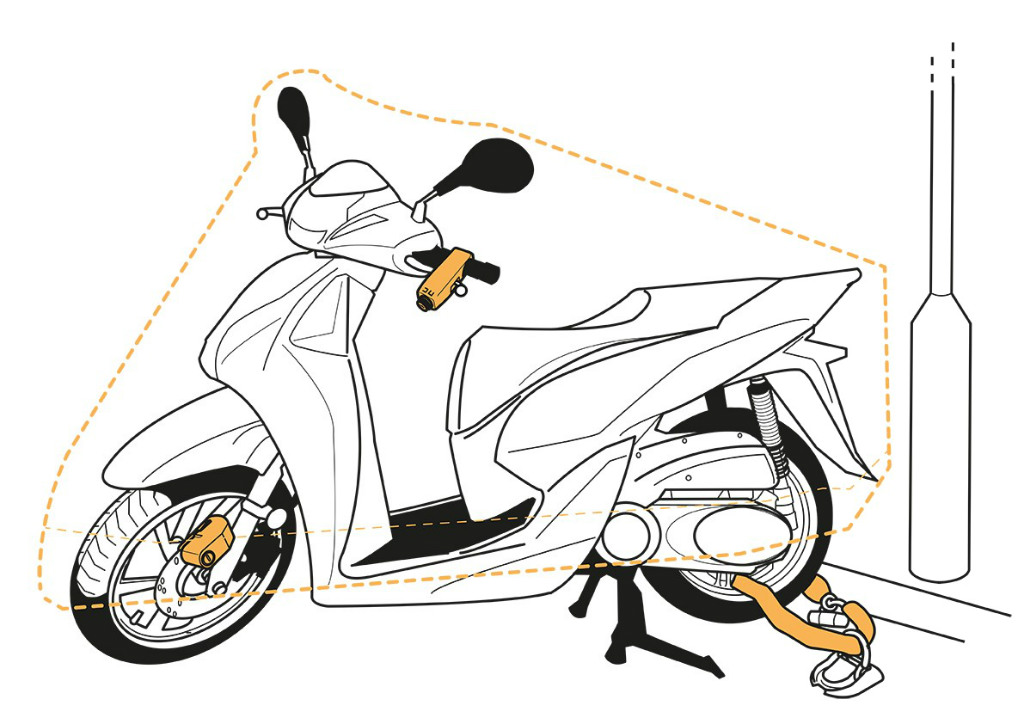 When at home the best place to keep your motorcycle, moped or scooter is in your garage or shed

No shed or garage? Park in the safest place you can

Park it in an area near to your home where it’s well overlooked with good lighting or in a car park with a higher level of security.