The Youth and Community Centre Safety Scheme is a blue light collaboration between the Metropolitan Police Service, London Fire Brigade, London Ambulance Service and Secured by Design which aims to create safer places for staff and members of the community to enjoy educational, diversionary and community based activities. To date 26 venues across the capital have benefitted from the scheme, with ongoing funding being provided by the Mayor’s Office. 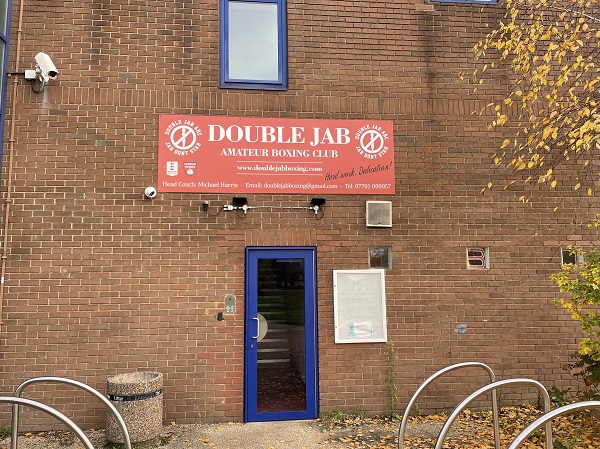 The security works that the Double Jab ABC in Deptford benefitted from included a glazed security rated door & airlock system, CCTV, access control & a bespoke ventilation fire door system, with works being completed by SBD member company Premier Security and Fire Consultants.  The London Fire Brigade also carried out inspections of the premises to identify and mitigate any fire hazards as well as provide advice around fire evacuation plans, with the London Ambulance Service providing a defibrillator along with the necessary training to use it.

The Metropolitan Police’s James Smith, the lead Designing Out Crime Officer for the scheme, said: “We’re now in the third year of the scheme and I’m delighted we’re going from strength to strength. Double Jab offered us some particular challenges, mainly because of the doors at the rear – the air condition doesn’t work properly, which then creates a problem for the ventilation at the back. The doors lead directly out into public space, so from that rear door you’re directly out into this park – if that door remains open then that creates a serious security risk. However the doors needed to be open to create airflow whilst the gym is being used and having been here in the summer I can confirm that it is very, very warm.

“The solution that we came up with was designing and creating bespoke vented panels that allow a huge amount of airflow throughout the room. Standing next to them with one open you can really feel the huge amount of cool air coming through. In the summer it is absolutely invaluable, it means that the doors can be kept shut and the people inside can be kept safe.

“I am particularly proud of those vents, not just because they fulfilled the brief of the functionality but because they look good. It’s an elegant solution to a problem and that’s what we like to do. The YACCSS scheme from the very off was not about turning places into fortresses, we want places to feel welcoming.

“The other part of the ethos is to look after the staff. Obviously any venue like this, any youth or community centre, is about keeping the young people safe and secure but in order to do that properly we have to do that to the staff first – we have to make sure that they’re safe, they’re secure and they have confidence in their security measures, so that they have complete control over who’s coming in and they don’t have to keep looking over their shoulder wondering who’s coming in the door next.  That then means that they can spend all their time and effort engaging with these young people doing what they do best – and let’s be honest, these guys are superheroes, the amount of time, effort and often money out of their own pockets that they give these young people. I feel very lucky where I can be in a position to do something for them, give something back to them and just make their job that little bit easier.”

“Our front door was a magnetic door that had a lock as well but when James came down he gave it a tug and he realised that the magnet came off and so anyone could get access immediately. And with the gym the way we’re set up, it’s a bit of a family enterprise – my father’s a coach here, my mother’s the receptionist - so there’s also the added worry of if there was something to happen here would they be safe as well?

“Unfortunately, as some of you may know, on 13th April a young man who was part of our club was actually stabbed on his way to the gym and while we tried to save his life unfortunately we were unable to. Now obviously these doors wouldn’t have changed that situation, but it does highlight how important it was our security needed to be improved to protect the young people inside and us, the staff members, who could potentially be targeted if we were in the way.

“The whole experience of this scheme has been amazing for us. Whereas normally I’m having to rush around doing everything from buying toilet paper to pushing the broom around, it was a case of ‘Right we’re coming down, we’re going to measure it up, we’re going to do this and that’ and it’s just been so easy for us to have it done.

“Now the confidence it gives us in the gym, knowing my mum’s safe when she’s doing reception, she can see who’s trying to come in and she can decide whether they can come in or not, whereas before it was a buzz and pot luck who would come through the door – nine times out of ten someone would buzz the door and just say ‘Boxing’ and there was no way we could see who it was. Now we can see, we can question, we can find out who is trying to get in and before they can get in there’s another door as well so their safety is massively improved.

“With the back door as well, such a smart idea because our problem with the gym was everyone opened the doors because it was so hot, so you had a gym that potentially had the back doors wide open and people might move out of the room and anyone could come in and there was no way of stopping them.  But now, you just slide the panel across and those doors never have to open – what a brilliant idea, it’s made it so much simpler in there. Finally we’re secure and hopefully we can carry on that way.

“A massive thank you to the team, thank you so much, we’re going to crack on helping young people turning their lives around.” 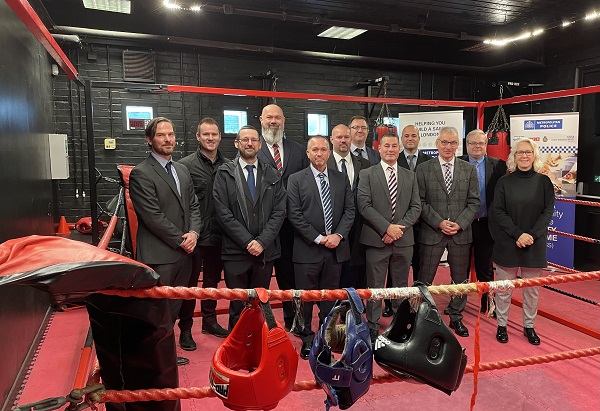 Guy Ferguson, CEO of Secured by Design said: “It’s not very often that you come to a place where you feel that you are saving lives because of some of the things that have been implemented, but that’s the case here because of the work of Double Jab. They’re drawing in the community and getting people out of harms way.

“This has come about because there’s an excellent partnership in place here, a partnership between the Met Police working with the Mayor’s office to find some funding for this brilliant idea, and being supported by some fantastic people who actually make this happen.

“This has always been one of the projects where I’ve thought ‘That’s fantastic, that’s helping young people in really different circumstances feel safe and come and do something really positive which turns their lives around and takes them forward to be really good citizens and make a difference’.”

The Met’s Inspector Chris Bright said: “I grew up in a place where there wasn’t a great deal of opportunity, where there wasn’t a great deal of money and people near and around me were doing stupid things and instead of ending up copying and doing those stupid things which meant that some of my mates ended up dead or in jail, I chose to go down the boxing route. By going down a similar avenue in a hub like this, it was able to steer me in the direction my life has taken.

“So this particular project is extremely important to me, because I know that hubs like this operated by Mike and his team offer a safe place for young people to be able to come and play, train, socialise and have a sense of belonging”.

Danny Gosling, the Detective Superintendent responsible for criminal investigations for the South East said: “This really is effectively the blueprint of what partnership working should be and it’s bringing lived experiences and is bringing all of the skillsets from some very talented people to look at problems and say ‘Well that’s easy to fix’ and then bring to bear all of their experience in order to do it.

“Just getting here earlier this morning and looking around the gym, seeing all of the faces and all of the people that have either had personal experience in the gym -  they’ve lived through that development, training and having that sense of belonging - I can’t help but wonder what that wider impact has been, not just for them who have come in and put the hours in, but their friends, their families, their communities, it’s become a real beacon of excellence and hope here.

“This for me is just so inspirational, so thank you to everybody who works here, thank you for your commitment, thank you to everyone who has had those head scratching moments as you’ve rightly said to identify an elegant solution, keep it going. You absolutely have the buy in from the police here and if there’s anything else we can do then please reach out and I know we’ll do everything we can to support that.” 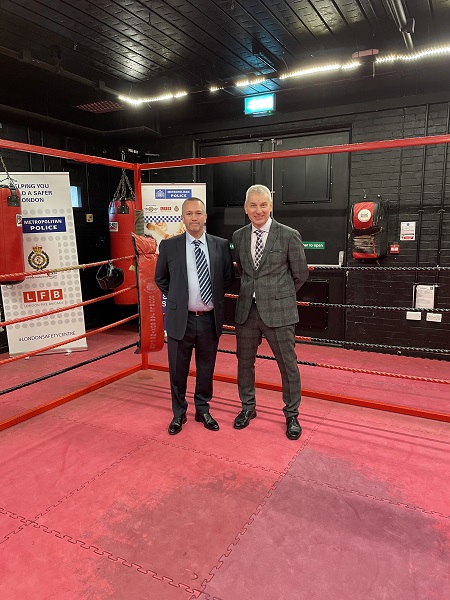 Julius Sobotie, the Violence Reduction Officer at Lewisham Council, said: “The partnership work that I’ve seen displayed here in this building is really impressive. Once the community is aware of these new features, how safe it is, it will once again become a hub for children to learn new skills and better themselves hopefully.”

You can find out more about the Youth and Community Centre Safety Scheme and the new security features at the Double Jab ABC in this short video clip https://twitter.com/i/status/1605147758603665408