“An unprecedented opportunity for crime prevention and designing out crime”

The new Government with its clear majority in the House of Commons led by a Prime Minister who is putting crime and policing centre stage of his policy agenda is creating an unprecedented opportunity for crime prevention and designing out crime, according to Martin Hewitt QPM, Chair of the National Police Chiefs’ Council (NPCC) and Chair of the Board of Police Crime Prevention Initiatives (PCPI).

He said a Cabinet-level task force, chaired by the Prime Minister, is being created with the sole objective of finding ways to reduce crime.

The most obvious way of reducing crime is to prevent it from happening in the first place – exactly what PCPI does, along with its flagship initiative Secured by Design (SBD).

Martin said his job is to lead the NPCC team in representing the interests of Chief Constables to Government and advising the Government on policing issues.

So what we have is a ‘moment of real significant opportunity’ – matching up the government’s intention to reduce crime with the breadth and depth of PCPI and Designing Out Crime Officer (DOCO) expertise in preventing it.

“I can’t remember an opportunity of that kind before”, said Martin. 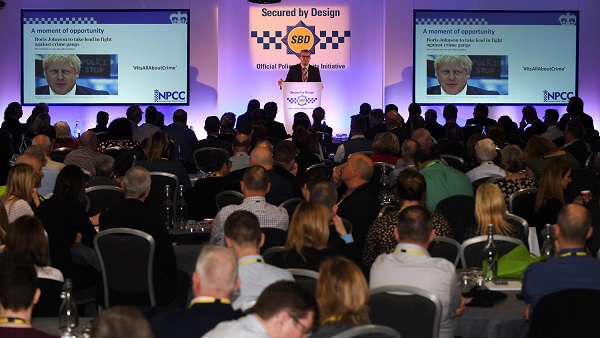 Martin’s comments came during his keynote address to more than 190 Designing Out Crime Officers at SBD’s ATLAS national conference.

He said the government’s ‘relentless focus on crime reduction’ presents the possibility of some long-term planning and meaningful crime reduction objectives.

The recruitment of an extra 20,000 police officers over the next three years should be embraced and ‘demonstrates a commitment’ by government to policing but there were other opportunities which were being explored that could bring additional investment.

“Chief Constables are going to come under increasing pressure to deliver crime reductions. That presents a window of opportunity for all of us because you (DOCOs) are part of the solution and the broader work that we do around prevention becomes part of what’s going to help them and get into a better place.

“So I am really optimistic that we have an opportunity now to really fast forward the work that we’re doing and the important work you will do, and we are going to do, against the backdrop of a Prime Minister and Government that are absolutely driving around changing where we are in terms of crime prevention. So it’s really positive.”

Talking about the role of DOCOs within police forces, he provided a message of reassurance. “The work that all of you do is absolutely critical in terms of policing but I think as you would probably expect, it is not well understood and sometimes, probably, under-appreciated. We see it as very much part of our job to make sure that isn’t the case,” he said. 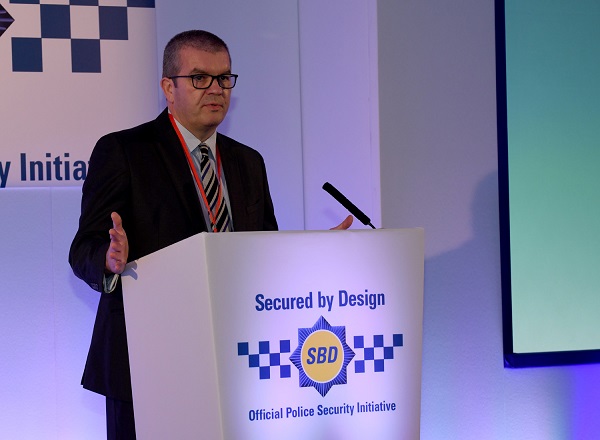