Kettle’s Yard, the University of Cambridge’s modern and contemporary House and Gallery and the former home of one-time Tate Gallery curator, Jim Ede and his wife Helen, re-opened to the public this month (February) proudly displaying a certificate in its main reception from Secured by Design (SBD), the national police crime prevention initiative.certificate recognises that the House has followed SBD’s advice about incorporating measures to keep the premises secure.

All the hi-tec doors and windows, alarm and CCTV systems, required to help protect this building, which is set in a landmark location in the centre of the City of Cambridge, are to SBD’s Police Preferred Specification standard of security.

It’s the first commercial building to be signed off as SBD compliant by SBD trained police officers and staff based at Cambridgeshire Constabulary who had worked closely on the project with the University authorities.

SBD Designing Out Crime Officer, Carol Aston, said: “The University were keen to work with us and achieve our security accreditation. They followed all our guidelines to the letter.” The standards included PAS 24 and LPS 1175.

After two years of development, Kettle’s Yard, Castle Street, Cambridge, which is part of the consortium of the University of Cambridge Museums, today has a major new suite of exhibition galleries and education spaces.

Former owner Jim Ede (1895-1990), who had been a curator at the Tate Gallery, London during the 1920s and 30s, renovated four small cottages on the site into a single dwelling during the 1950s. He then proceeded to open his home every afternoon during the academic term for students to view his art collection in a domestic setting. Whilst still living in the House, Jim gave the property and its contents to the University of Cambridge. In the 1970s, the House was extended to include an exhibition gallery and three years later, Jim and his wife moved out to enjoy retirement in Edinburgh.

The University of Cambridge says Kettle’s Yard is back on the map as one of the best-loved, most influential centres for contemporary and modern art outside London.

To see a review of Kettle’s Yard by the BBC’s Arts Editor Will Gompertz, visit: http://www.bbc.co.uk/news/entertainment-arts-42984209 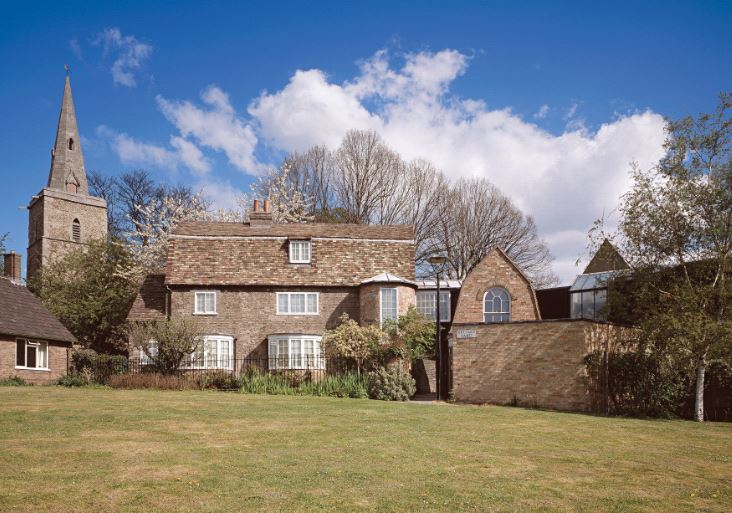 Kettle's Yard, the University of Cambridge's modern and contemporary House and gallery