Secured by Design’s stand at the London Build 2019 Expo received a constant stream of visitors throughout both days of the London Build annual show held at Olympia in November - including none other than Sir Geoff Hurst MBE, hat-trick hero of England’s 1966 World Cup Final win over West Germany.

Sir Geoff was attending London Build as an official guest speaker to talk about ‘Winning on the pitch and winning in construction’ at the Built Environment Networking Hub and while visiting the SBD stand he learned that crime prevention and designing out crime techniques had been built into the current Wembley Stadium – the venue of England’s proudest moment in football history more than 50 years ago.

Sir Geoff heard how, as well as at Wembley, the police had advised on a range of leisure and sporting venues, including the National Stadium of Wales, the London 2012 Olympics site and even the giant concrete letters spelling out ‘Arsenal’ on the approach to the Emirates Stadium, which are in place as a measure to protect supporters on match days from the threat of an attack involving a vehicle.

Knighted in 1998, Sir Geoff, who turns 78 in December and remains the only footballer to net a treble of goals in a World Cup Final, said he was impressed and had no idea that the Police Service was working in this way to keep people safe. “Very impressive. Really good work,” he commented. 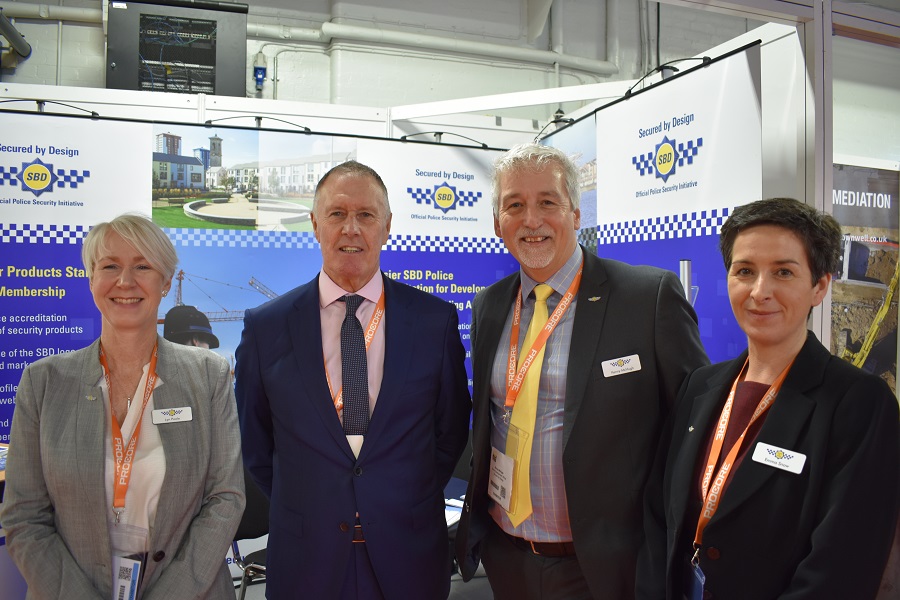 Among the visitors were new and experienced Designing Out Crime Officers from the Metropolitan Police. These officers work with architects, designers, planners and constructors from the concept and planning stages to introduce SBD crime prevention measures and techniques into the physical security and layout and landscaping of new developments. They mentioned a number of residential developments they are involved with throughout the capital.

Kenny McHugh, National SBD Manager, explained how SBD trained Designing Out Crime Officers attached to police forces around the UK design out crime from the initial concept and planning stages in a wide range of building developments from homes, hospitals and schools through to commercial, leisure and sporting venues and stadia.

“It’s a great chance for us to talk to people whether they know something about us or nothing at all. It’s important we seize every opportunity to get the message out there that we are a police organisation, working alongside the Police Service and partnering with a wide range of organisations to deter and reduce crime and build safer communities,” explains Kenny.

“The Metropolitan Police has increased the number of Designing Out Crime Officers throughout the capital to around 50. That is a fantastic investment in the future of London to provide safer homes for present and future generations to enjoy and to ease the pressure on hard-pressed police officers. It’s a win, win in the fight against crime.” 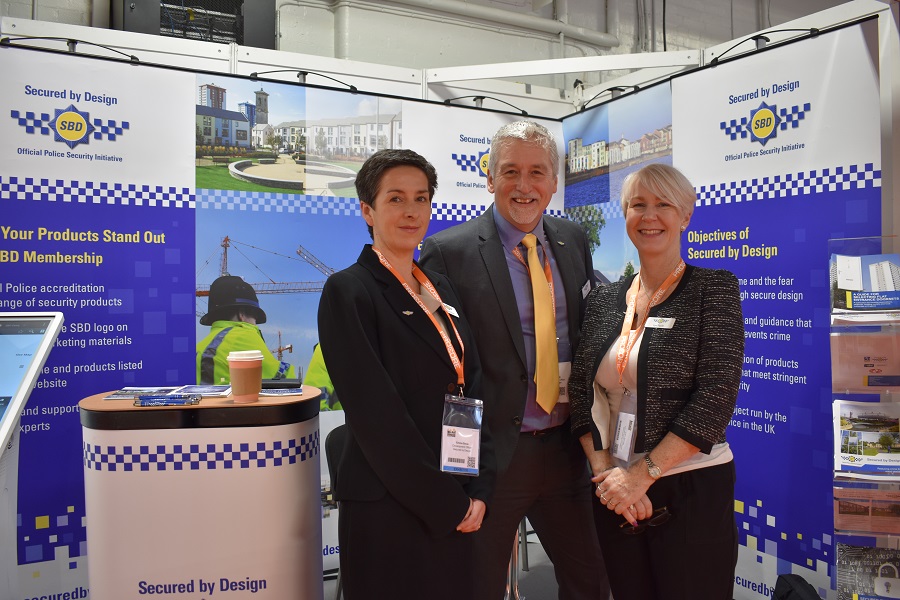