Addressing Designing Out Crime Officers from police forces across the UK, as well as officers from the Garda and the Channel Islands, the Commissioner reinforced the fundamental importance of crime prevention, saying how it had remained unchanged from the creation of the police service 190 years ago to date. 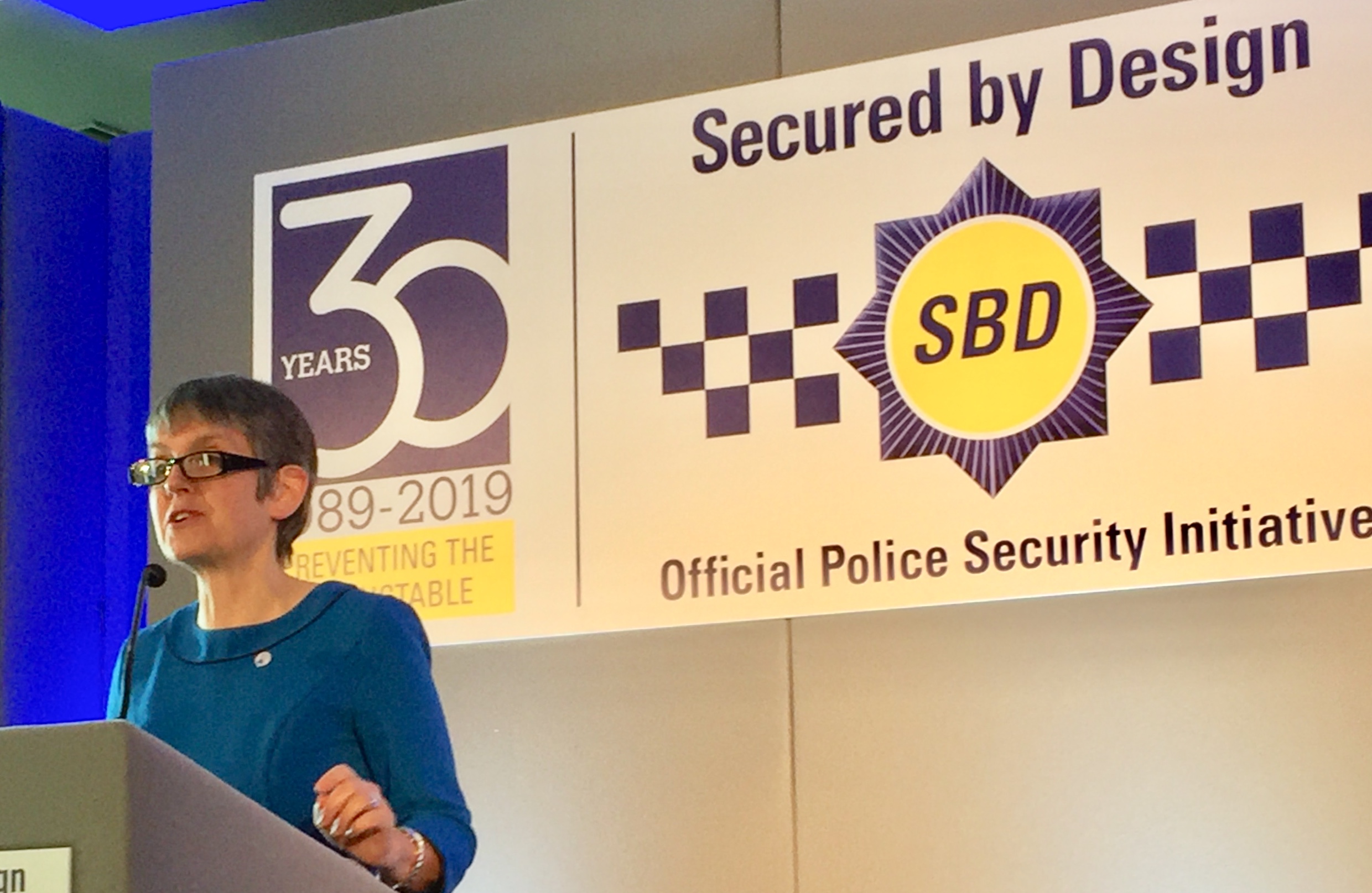 Speaking of Sir Robert Peel, founder of the Metropolitan Police, the Commissioner said: “He was very, very clear that crime prevention was our first duty as police people.

“When I look back to Commissioners before me, right back to when I joined in 1983, I think we would all say that policing is about preventing crime………We start with preventing crime, we all do that and that is our job.”

“Without them you guys would not be able to do your work” she said “And without them this conference just wouldn’t happen.” 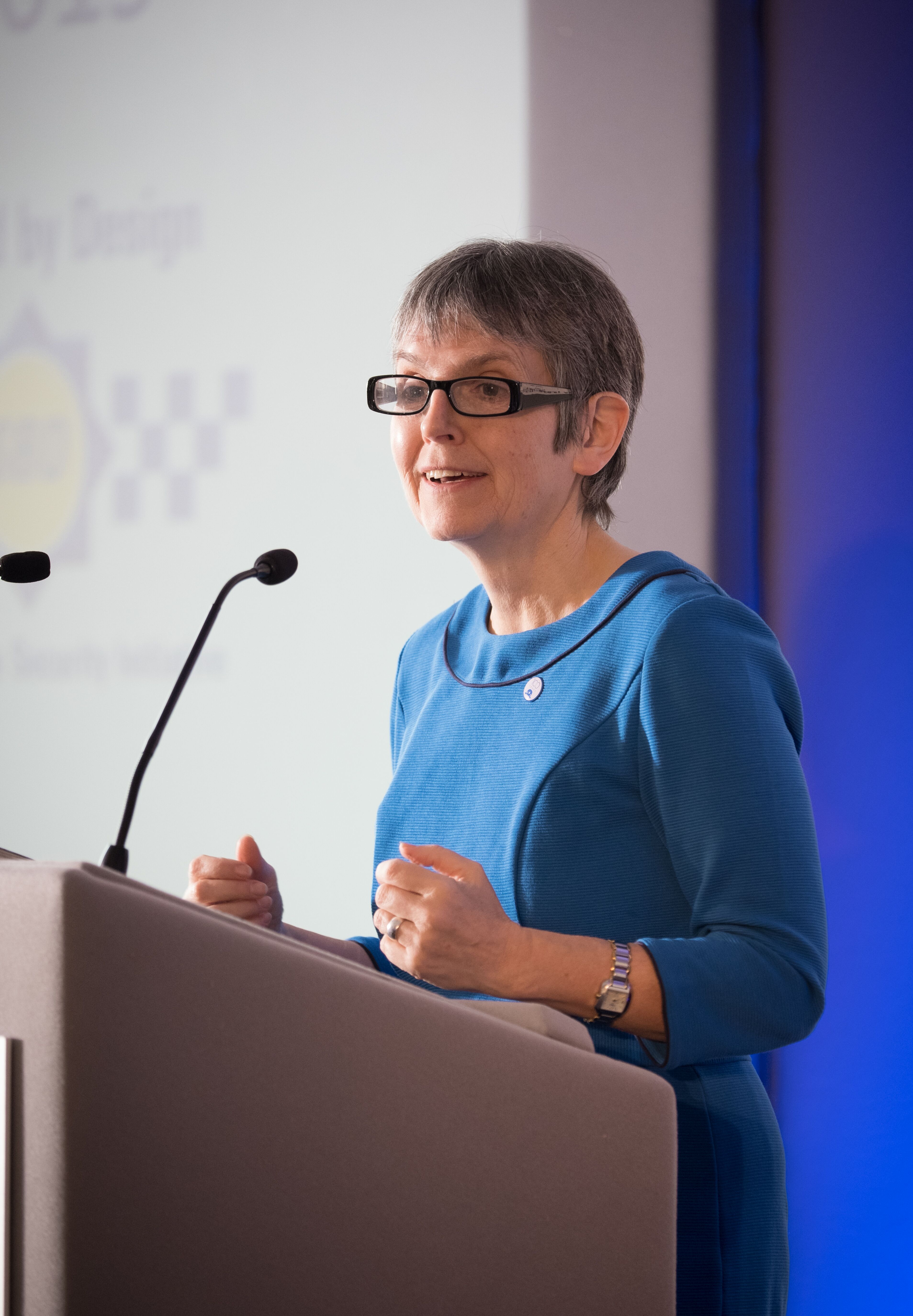 Praise for Designing Out Crime Officers

The Commissioner paid tribute to the effect that the network of Secured by Design trained Designing Out Crime Officers – who are based in Police Forces and local authorities around the UK and who liaise with local authority planners, developers and architects to design out crime at the planning stage in a wide range of building sectors - are having on reducing the demand on their police colleagues.

“It is great for me to see the impact you are all having” she told the delegates, “There are tonnes and tonnes of examples of crime that has been designed out, the problems that have been solved, the demand that has been reduced on all of our policing colleagues, by your work.”

The Commissioner recognised the value of Designing Out Crime Officers by commenting that she had 35 such officers in her force and was hoping to have more. 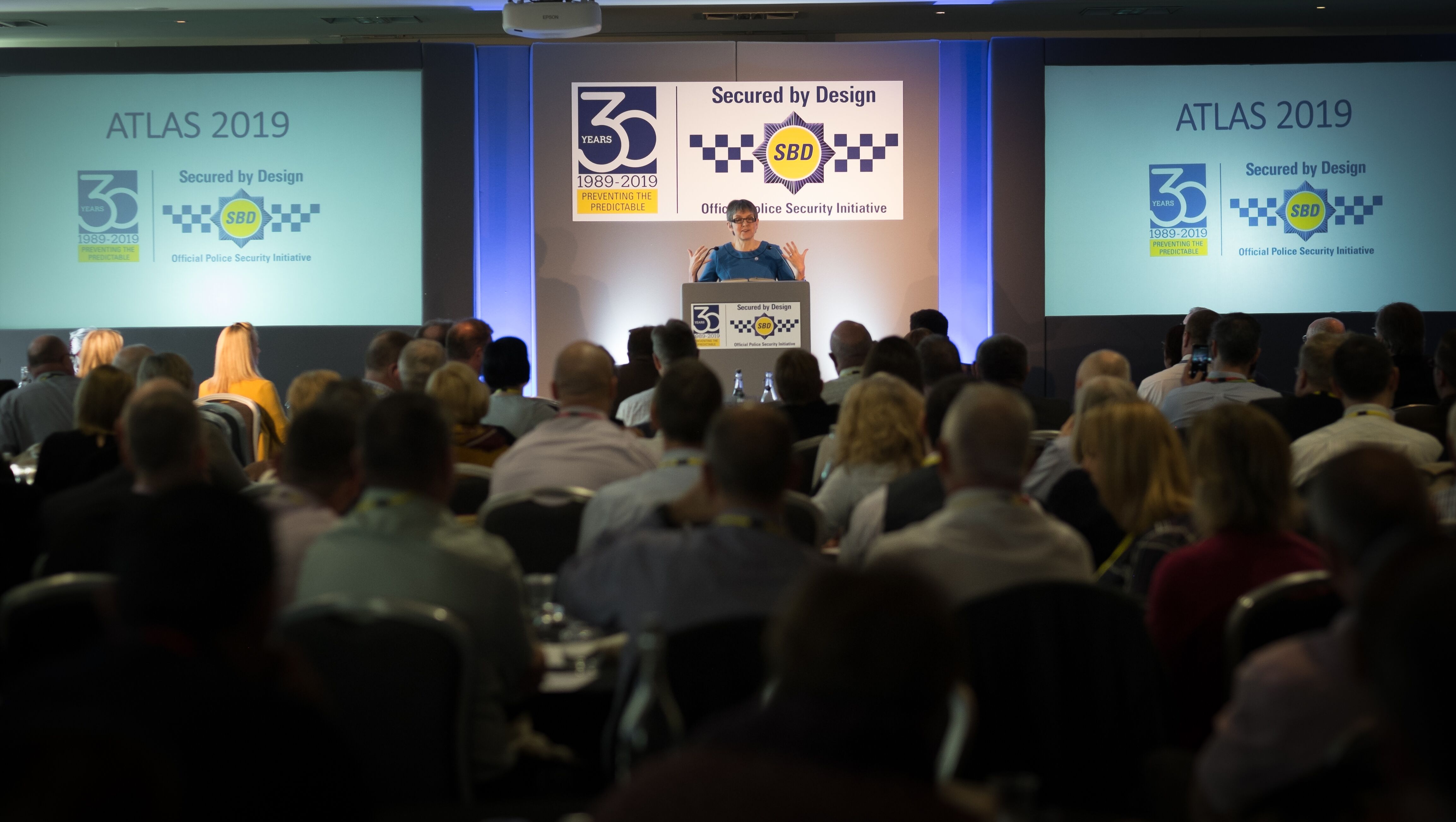 The Commissioner also praised the work of Police Crime Prevention Initiatives (PCPI) and its best known initiative Secured by Design (SBD), and the effect it has in developments which are built to SBD standards.

“It’s great to see PCPI really thriving and SBD thriving. They are going from strength to strength latterly, it’s great for me to see the impact that you are all having.

“As I was preparing for this event, I looked at some of the research that is out there and was reminded again that in SBD certificated developments, academic research, totally independent, will show up to 70% less crime than similar developments that aren’t certificated.

“In the Met we are working at a number of levels with PCPI, the Home Office and with Government ; I want us to do more and more of this in every way, but not least in terms of crime prevention.” 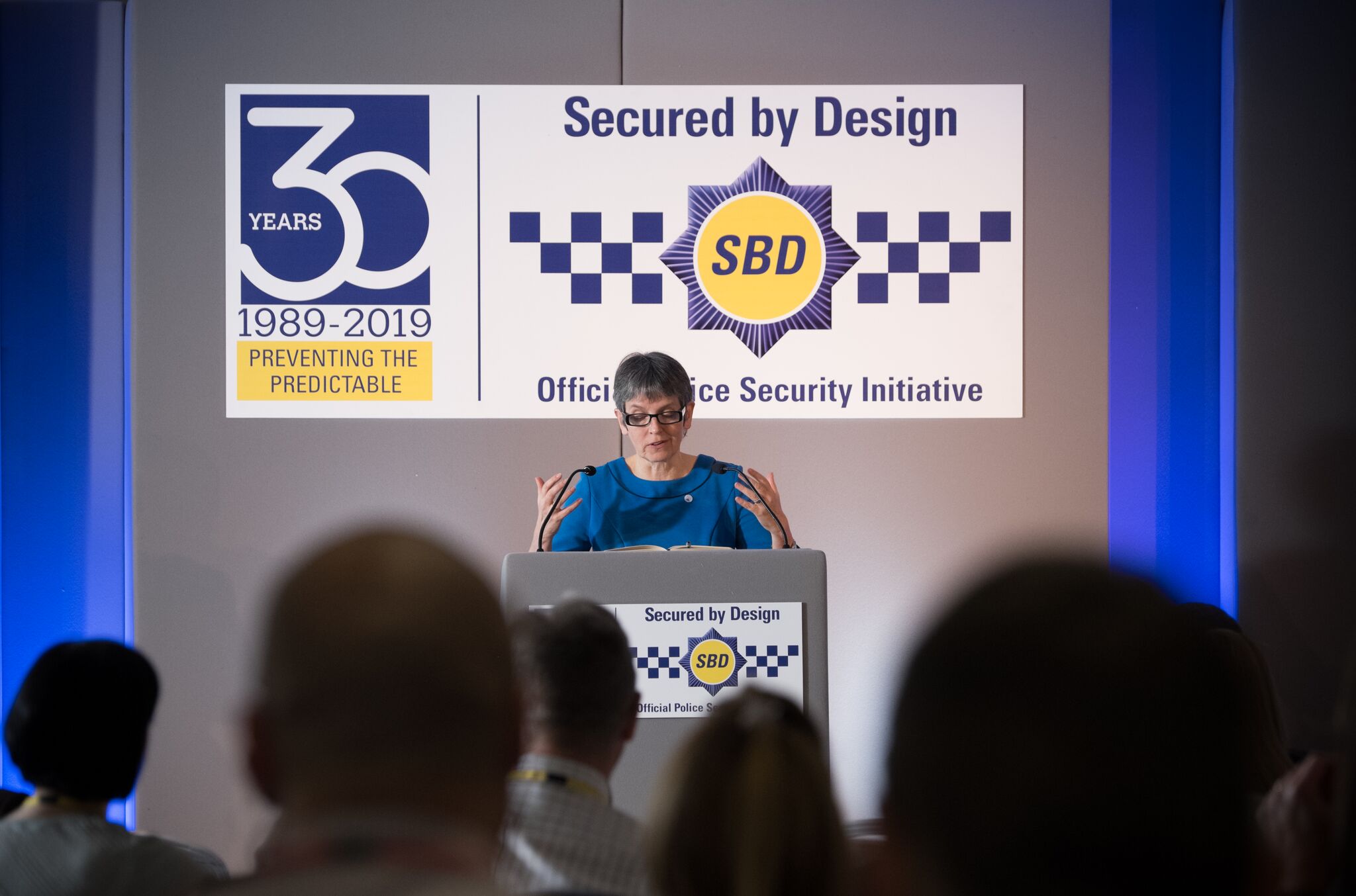 Addressing the 50 exhibitors and SBD member companies, the Commissioner spoke about the role that the private security industry play in supporting the police with crime prevention, praising them for assisting the police with security-related products which deter and prevent crime.

Speaking about moped-enabled crime in London and the range of tactics that the Metropolitan Police had used to tackle it, the Commissioner said that whilst the enforcement tactics had gained the publicity a large amount of credit should go to the preventative work.

“When I became Commissioner moped-enabled crime was raging away in London, theft of mopeds almost the same. With some of the enforcement tactics that we have used, better intelligence, better co-ordination, better investigation, and on occasion pursuing and even tactical contact, that’s what has gained the publicity – but actually a massive amount of the effort has been on prevention, and long term of course the answer must be designing out” she said.

Specifically referencing the companies who make ‘fabulous’ security related products helping to make mopeds harder to steel, the Commissioner continued “Prevention has been a massive part of the 50% reduction that we have achieved”. 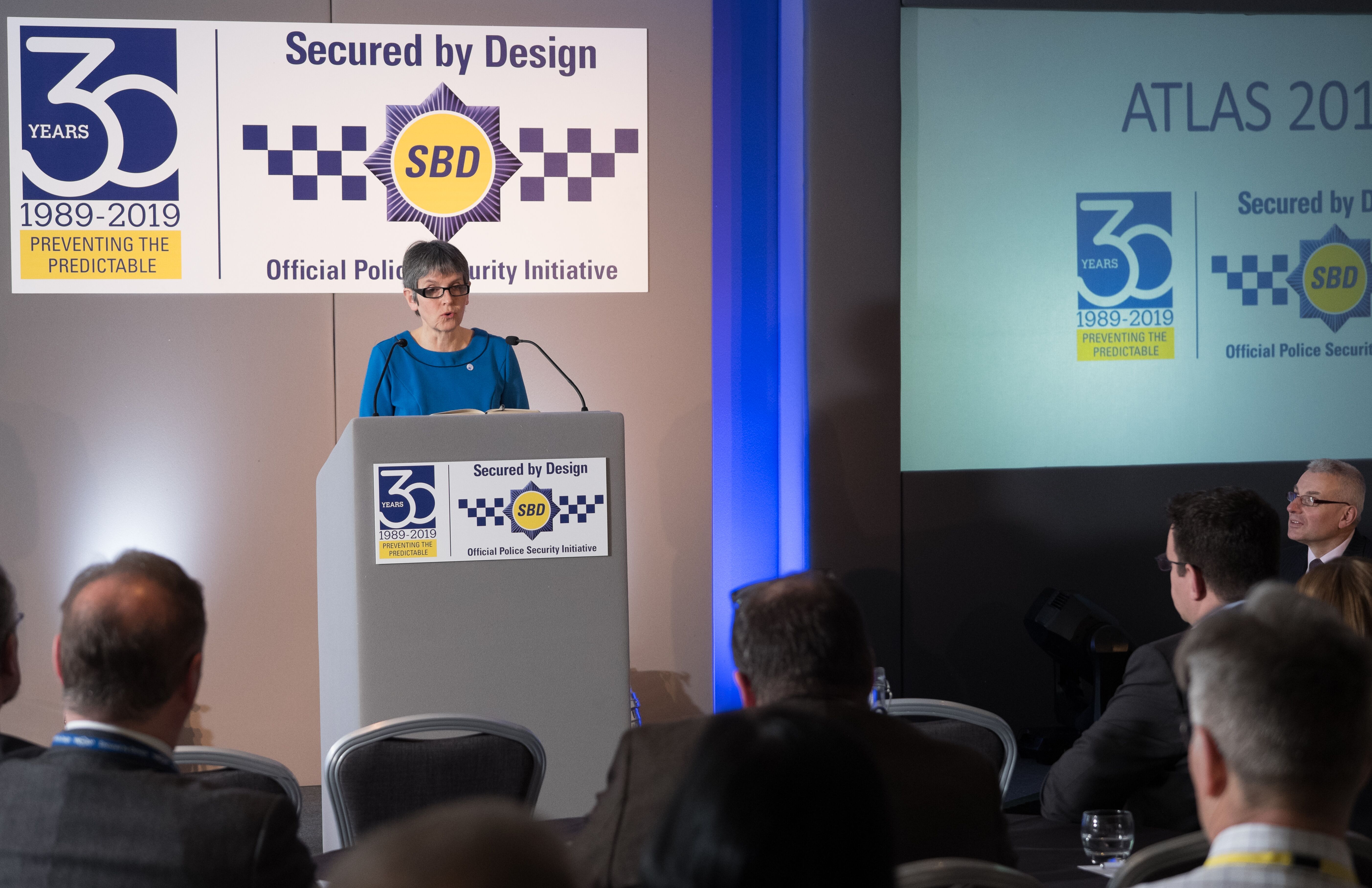 The Commissioner concluded by alluding to the UK’s acknowledged crime prevention prowess, adding “Crime prevention is absolutely fundamental ……...it is something we can be proud of in this country, in our level of expertise and the work we do in terms of crime prevention. We export it around the world, our protective security industry is world famous.”

The ATLAS 2019 National Training Event celebrated 30 years of SBD. As the national crime prevention scheme, SBD has achieved significant successes, influencing national planning policy to embed crime prevention in the planning process and establishing police security standards in the building and construction industry. This has led to more than one million homes built to SBD crime prevention standards across the UK – that’s 30% of all new homes built – with reductions in crime of up to 87% year-on-year as reported by Police Scotland in 2017.