The first homes on a new housing development at Porsham Heights, Plymouth, have received a Gold Award from Secured by Design (SBD), the national police crime prevention initiative, for the way they have been built to incorporate proven crime prevention techniques into the landscaping and physical security of properties.

A total of 29 homes on the site have been released by Plymouth Community Homes (PCH), Plymouth’s largest social housing provider. When the scheme is due to complete next year, PCH would have delivered a total of 67 homes – 42 for rent and 25 for shared ownership.

PCH, contractor Galliford Try Partnerships (South West), and partner organisations Plymouth City Council and the Homes and Communities Agency (HCA) launched Porsham Heights, on a former brownfield site in the north of the city, at a ribbon-cutting ceremony on Friday, 6 October.

A Designing Out Crime Officer, who is employed by Devon & Cornwall Police and based at Plymouth City Council, played a key role in the development by working with PCH, the developers and local authority planners to ‘design out crime’ at the planning stage through to construction.

Working in partnership in this way ensured that SBD crime prevention measures were incorporated in to the layout and landscaping to increase natural surveillance, such as living spaces overlooking roads and pathways, and to limit excessive through movement to reduce cut-throughs and alleyways, which can be used as escape routes and hiding places.

It also ensured that the physical security of buildings through the use of doors, windows and locks met SBD’s Police Preferred Specification standard, which requires them to be sufficiently robust to resist physical attack by opportunistic burglars. PCH, an accredited SBD licence holder, used their own PCH Manufacturing Services for the doors and windows.

SBD Development Officer, Emma Snow, commented: “I was very impressed with the spacious layout of the properties. In particular, I liked the coloured block paving which clearly showed specific areas like the footpaths, driveways and parking areas.

“Measures like these help create the feel of private roads where people take pride in their homes and their communities – areas where criminals will feel uncomfortable and observed, and where the risks of committing crime are greater.”

Independent academic research shows that SBD developments that include crime prevention techniques and accredited products, like doors and windows, can reduce crimes like burglary by up to 75% in new-build homes. Evidence suggests these figures are sustainable year-on-year and represent a significant reduction, especially as most SBD developments are in social housing in deprived areas. Falling crime brings less demand on Police and Local Authority resources and use of police accredited products reduces maintenance costs for building owners and managers – freeing up budgets for other priorities.

The site was released by Plymouth City Council as part of their Plan for Homes and was supported by more than £2million of funding from the HCA. Nick Jackson, PCH Director of Business Services and Development, said: “Without their help this scheme would not have got off the ground.”

Secured by Design
Our aim is to achieve sustainable reductions in crime through design and other approaches to enable people to live in a safer society.
Tel: 0203 8623 999
Email:
Our promotional film
https://youtu.be/jZ7oeAQcHmc 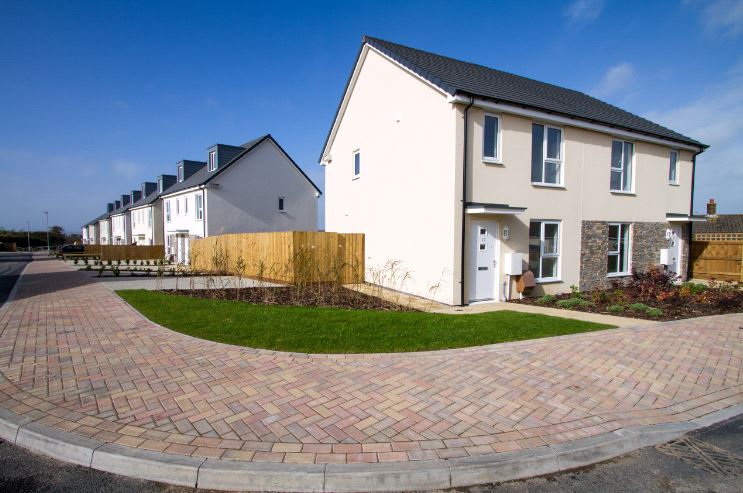 Use of block paving highlights specific areas like footpaths, driveways and parking spaces 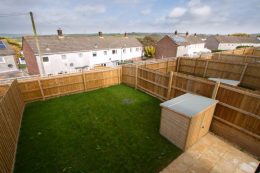