The Police and Crime Commissioner for Devon & Cornwall Police, Alison Hernandez, has said that the ‘brilliant’ partnership work with police to design out crime at North Prospect in Plymouth, is an example of best practice that should be replicated on other new home developments.

These measures incorporate natural surveillance, such as homes having unrestricted views into the street; the avoidance of excessive through movement to limit escape routes and hiding places; and the creation of defensible space, such as boundaries being protected with high fencing at the rear of properties.

SBD techniques also include the increased physical security of buildings with external doors and accessible windows meeting SBD’s standards for being sufficiently robust to resist attack from opportunist burglars.

An SBD trained Designing Out Crime Officer, who is employed by Devon & Cornwall Police and is based at Plymouth City Council, worked with architects, developers and local authority planners at the planning stage all the way through to construction, which started in 2011 and is due to complete in 2022.

According to Devon & Cornwall Police statistics about North Prospect for the period 2007-2016, residential burglary has fallen by 49%, criminal damage by 84% and vehicle offences 78%.

In a statement, Alison Hernandez commented: “Our communities remain some of the safest in which to live in the UK. However, we must not lose sight of the fact that every crime has both an offender and a victim and that those of us tasked with improving communities do all we can to stop more people becoming either of the two.

“So I am incredibly supportive of the work being done to improve the lives of those who live at North Prospect.

“I have worked in Plymouth and I know the one thing that all estates have is an incredible sense of community. This community has, in recent years, made huge strides thanks to partnership working by the police, Plymouth Community Homes, the council and house builders who have joined forces to make it a better place to live, work and play.

“What has happened in North Prospect is a clear example of what can be achieved in partnership and let us hope we will see much more brilliant partnership work across the Force area.”

North Prospect, was originally known as Swilly when the estate was built just after World War I. However, it gained a reputation over the years for crime and anti-social behaviour. In addition, it was known for houses that were difficult to live in with building surveys highlighting structural cracking and expensive and untreatable damp. Nearly 60% of homes failed even the basic Decent Homes Standard.

In 2009, when Plymouth City Council transferred its housing stock to Plymouth Community Homes (PCH), SBD was invited to become involved in the regeneration of North Prospect to help address concerns about the reputation of the estate and to encourage confidence in the new development.

The North Prospect development involves demolishing 800 homes, building 1,100 new homes and refurbishing a further 300 homes, and is the largest housing development in the South West of England.

Secured by Design
Our aim is to achieve sustainable reductions in crime through design and other approaches to enable people to live in a safer society.
Tel: 0203 8623 999
Email:
Our promotional film
https://youtu.be/jZ7oeAQcHmc 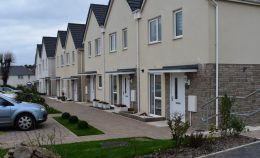 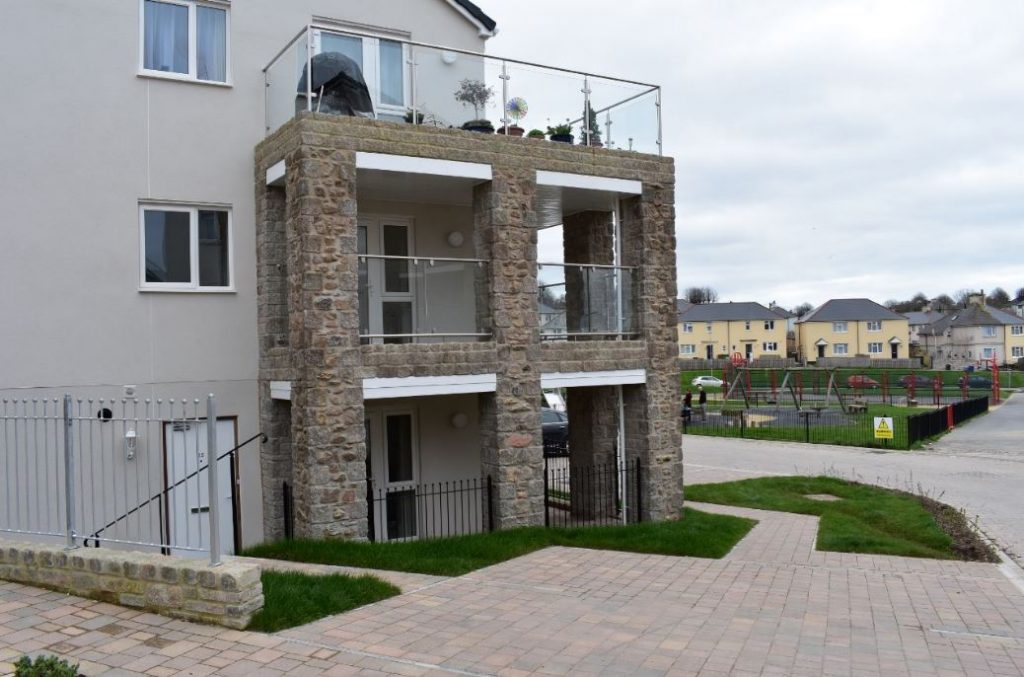 New homes at North Prospect overlook a playground for children