A primary school development in Kilmarnock, Scotland, which brings together two schools on a new site, has been recognised for achieving high standards of security in its layout and landscaping as well as its physical security.

The design and construction teams met frequently to discuss the layout of the school grounds and its buildings to maximise natural surveillance as well as perimeter defence and the use of lighting and CCTV to ensure optimum security, whilst making sure the building remained a welcoming and attractive place for pupils and teachers.

The physical security of the building was achieved through the use of windows and doors from companies that have met SBD’s Police Preferred Specification standard. This recognises that they are sufficiently robust to resist physical attack from opportunistic burglars. SBD is the only way for companies to obtain police accreditation in the UK.

Keppie, Morrison and the school were all presented with a certificate to recognise that the high standards of security recommended by SBD had been achieved.

Stuart Ward, National Designing Out Crime Manager of Police Scotland, said: “This new school campus is an attractive and safe place for pupils, their parents and staff and shows what can be achieved when different organisations come together to design out crime.”

Whatriggs, which brings together the former Bellfield and Kirkstyle primary schools, and includes an Early Education Centre, opened its doors for the first time at the start of the Autumn term. 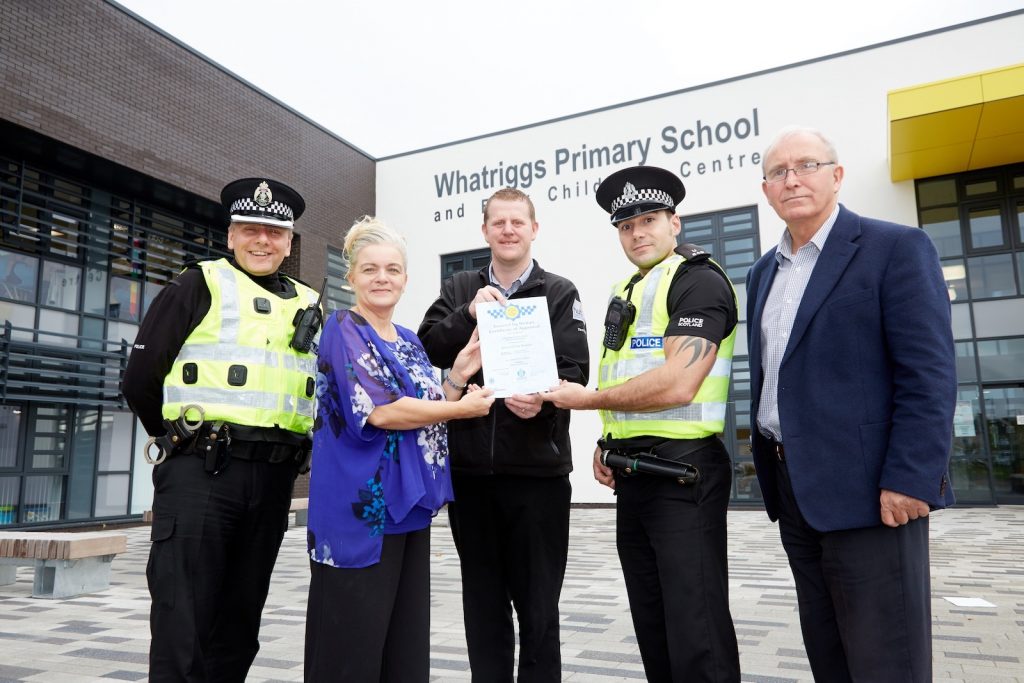