The independently owned hotel achieved this accolade after successfully taking part in a pioneering, police-led initiative to improve the safety and security of its premises for the benefit of staff, customers and local communities.

Opened in 1967, the Royal Lancaster London is a prominent and popular hotel with breath-taking views across Hyde Park and the London skyline. The 411 rooms and suites feature a timeless classic style and luxurious comfort, with each room impeccably designed with every luxury and amenity in mind to ensure the best experience for all guests.

Royal Lancaster London also features a number of dining options and licensed bars, all of which were carefully considered when completing the Licensing SAVI assessment. Alongside these are corporate meeting spaces and function rooms suitable for a variety of events including, fittingly, the Outstanding Security Performance Awards (OSPAs) on February 24th, which saw the hotel hosting some of the biggest names in the safety and security industry. 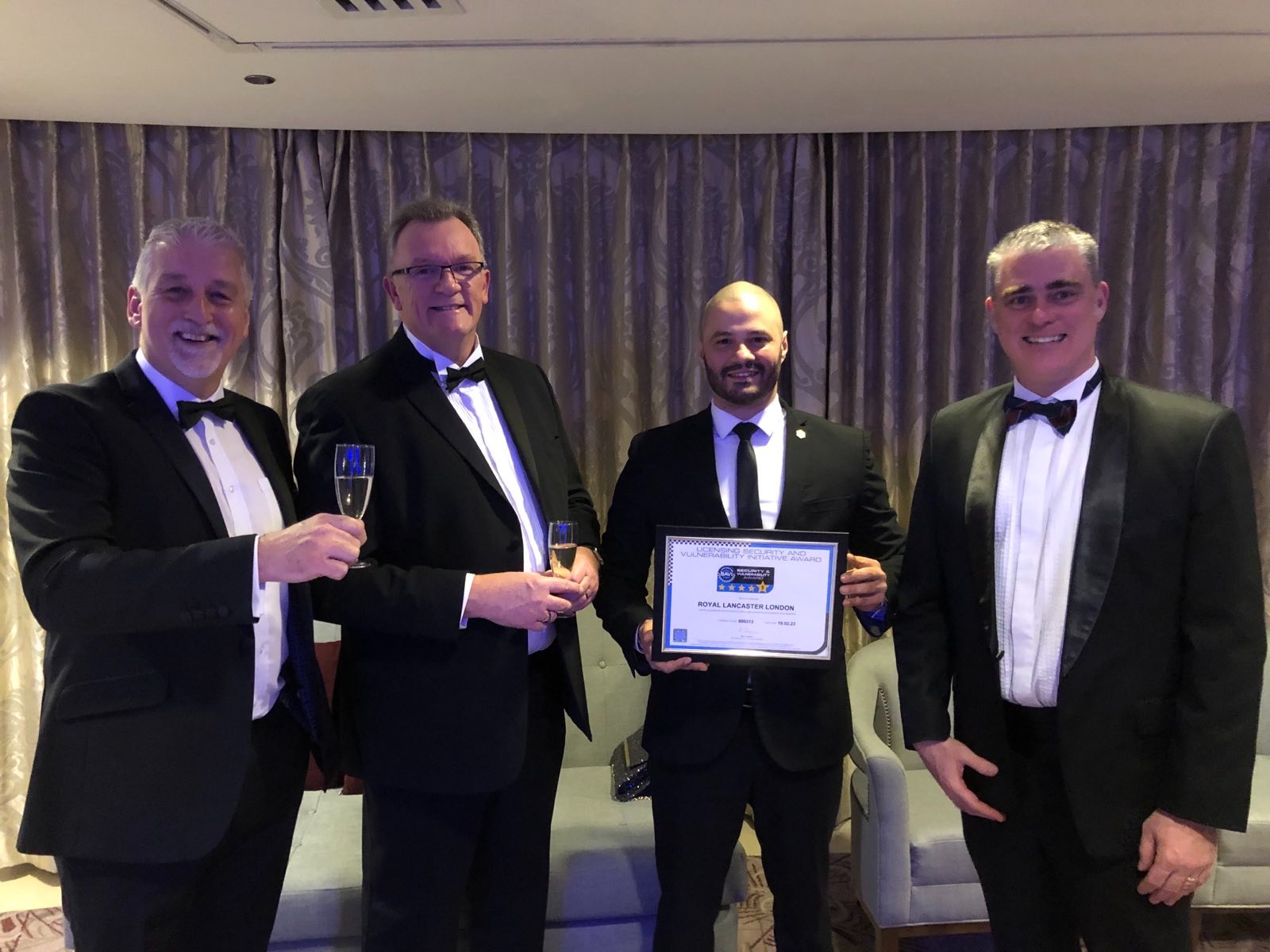 Serkan Yildirim, Safety and Security Manager at Royal Lancaster London, said: “As an independently owned hotel, we are truly delighted to be the first 5-star property in London to receive the Licensing SAVI accreditation. We are proud to be recognised for our commitment to ensuring the safety and security of our residents, patrons, colleagues, and local community, as this has always been and remains our highest priority as a business. Increasing staff awareness in safety and security risks through continuous training and development is of paramount importance when identifying, dealing, and responding to such critical matters. I would like to thank all colleagues here at Royal Lancaster London for their commitment and give a very special thank you to Licensing SAVI for the recognition.”

Mark Morgan, Business Manager at Licensing SAVI, said: “I'm delighted that we have our first 5-star accredited hotel and first 5-star accredited venue in London. Here at Licensing SAVI, we are really pleased that the self-assessment initiative is adaptable to different types of licensed premises and is seen as a way for venues to demonstrate to staff and customers how important they take safety and security. In this case, reviewing the measures that Serkan and the team at Royal Lancaster London have in place, it was great to see the numerous processes, policies and working practices to reduce risk and maximise safety.  Well done to all involved, this is a great achievement."

Licensing SAVI was developed at the request of the Home Office by Police Crime Prevention Initiatives (Police CPI), which works alongside the Police Service to deter and reduce crime. As well as provide safer and more secure venues for managers, staff, customers and local communities, it also seeks to reduce demand on Police Forces, NHS Ambulance Services and Accident & Emergency Departments.

A YouGov survey of 5,050 adults aged 18-45 in England and Wales commissioned by Police CPI between 16 August – 5 September last year, found that 79% of adults agreed with the statement that ‘recent publicity around the safety of women and girls has made it more important for licensed premises to improve their safety procedures’.

The first police award of its kind and independent from the alcohol drinks industry, Licensing SAVI is backed by the National Police Chiefs’ Council and Project Servator, a police-led vigilance scheme to deter terrorist attacks at crowded-places.