SBD, a crime prevention initiative operated by the Police Service across the UK, seeks to reduce crime by combining minimum standards of physical security like doors, windows and locks that achieve SBD's Police Preferred Specification standard and proven design principles of the built environment such as natural surveillance and defensible space.

The attempted burglaries were identified from burglary crime reports of new and refurbished SBD properties over a five-year period to the end of December 2014.

This data was analysed in 2016 after all the properties had been occupied for at least one year but omitted specific types of offences, such as burglaries arising from domestic incidents or when burglars tricked residents into allowing them inside.

In the third property, two detectives investigating the burglary reported that they were impressed by the standards of physical security of the property and the natural surveillance of the area.

In addition, the research showed that Hertfordshire Constabulary had approximately just one burglary in an SBD property per 1,000 SBD homes per year since they started to record SBD properties in January 2010.

Mark Montgomery, Crime Prevention Design Advisor, based at the Hertfordshire Constabulary HQ at Welwyn Garden City, said his senior police management were pleased and impressed by the results. "It's been seen as a positive and firm endorsement of what we do every day – using SBD's proven crime prevention techniques to reduce crime and the fear of crime and keep the public safe in their homes," he said.

Guy Ferguson, SBD Chief Executive Officer and former Met Police Detective Chief Superintendent, said: "It's brilliant that the burglars were stopped in their tracks and didn't get in. It vindicates what we are trying to do."

One of Hertfordshire's SBD success stories has been the Stoney Croft Estate. It was an estate of high rise concrete blocks built in the 1950s, which had a high crime rate. It was demolished and replaced by low level flats and small houses to SBD standards of built environment and physical security after planning permission had been granted in 2004 with the last phase of construction being signed off by SBD in 2010.

Although most of the same residents have moved back onto Stoney Croft, crime has been halved with 14 reported crimes on the estate in 2012 compared to 27 in 2005. Since 2012 the burglary rate has reduced dramatically on the development and crime levels in surrounding areas have not suffered any adverse impact.

Independent academic research shows that SBD developments that incorporate crime prevention techniques in the building design and layout and accredited products in the physical security of properties can reduce crimes like burglary by up to 75% in new-build homes and by up to 63% in refurbishments than comparable non-SBD properties (source: University of Huddersfield and Home Office).

Fitting Police Preferred Specification products makes it significantly more difficult for burglars to break into a property unseen, particularly where there is good surveillance from neighbouring properties or the street. Building in extra security at the design stage does not add significant costs to the development, but does act as a deterrent to criminality and lead to lower maintenance costs over time. 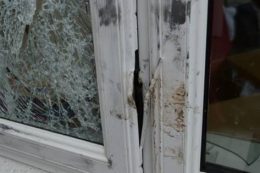 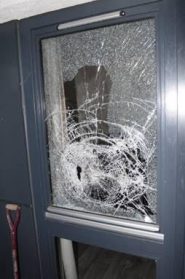