A new way to help the Licensing Industry work with Responsible Authorities to reduce crime and provide safe venues for their customers was announced by Secured by Design (SBD), the national police crime prevention initiative, at its annual training conference in Northamptonshire on 6-7 March. 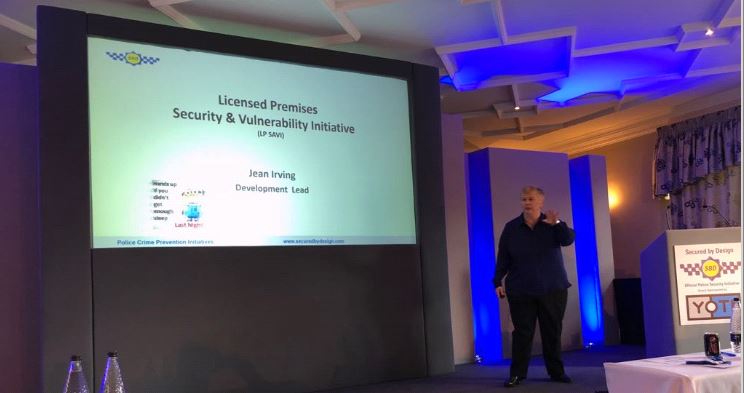 Licensed Premises, ranging from small country pubs to large city nightclubs, are being encouraged to complete an online self-assessment, which will record their operational security and management practices. The assessment will highlight any risks around physical building security, and most importantly, the safety of staff and customers.

The online self-assessment, called Licensed Premises Security and Vulnerability Initiative (LP SAVI), has been developed over the last year by SBD following a Home Office request to produce a guidance manual for Licensed Premises.

For the first time, LP SAVI brings together all the guidance, standards and advice to reduce the risk and the fear of crime that Licensees have obtained traditionally only through many meetings with the Licensing Act 2003 Responsible Authorities, such as the Police, Local Authority Licensing and Fire & Rescue Services.

By giving Licensees the ‘heads-up’ on the types of questions likely to be asked during the course of running a Licensed Premises or setting up a new one, they will have the opportunity to review and remedy any shortfalls, which may be highlighted in their policies or procedures.

Following completion by the Licensee (or their Agent), a bespoke confidential report is produced. However, if Licensees wish, they can share it with relevant third-parties, such as Responsible Authorities as well as their legal advisers and architects.

Completion of the LP SAVI assessment means Licensed Premises can apply for the SBD Security and Vulnerability Award, which can be used to market venues as a safe and secure premises. This will be a star-rated award scheme similar to the well-known food rating scheme, which has been running for a number of years.

“That’s actually not fair to anybody but particularly those companies that run the multi-sited venues – the big players in the industry. We want to pull together all the guidance and advice into one place at one time and deliver set standards that can be used by all involved in the Licensing Industry.”

Jean continued: “LP SAVI is all about raising the standards within Licensed Premises and making sure everyone is kept safe while having an enjoyable time, and that the Licensees are making a profit. This is such an important project. It’s really crucial we get this right and get it right first time.”

LP SAVI will save Licensees time and money by helping them get security and effective practices right first time to achieve high standards that ultimately benefit their customers. “It could have enormous benefits for the industry by standardising advice and guidance across the country,” she said.

SBD Chief Executive Officer, Guy Ferguson, said: “We want to make it really easy for Licensed Premises to consider the questions they are likely to be asked by Police and Local Authorities so they can take steps to secure, protect and manage their premises.”