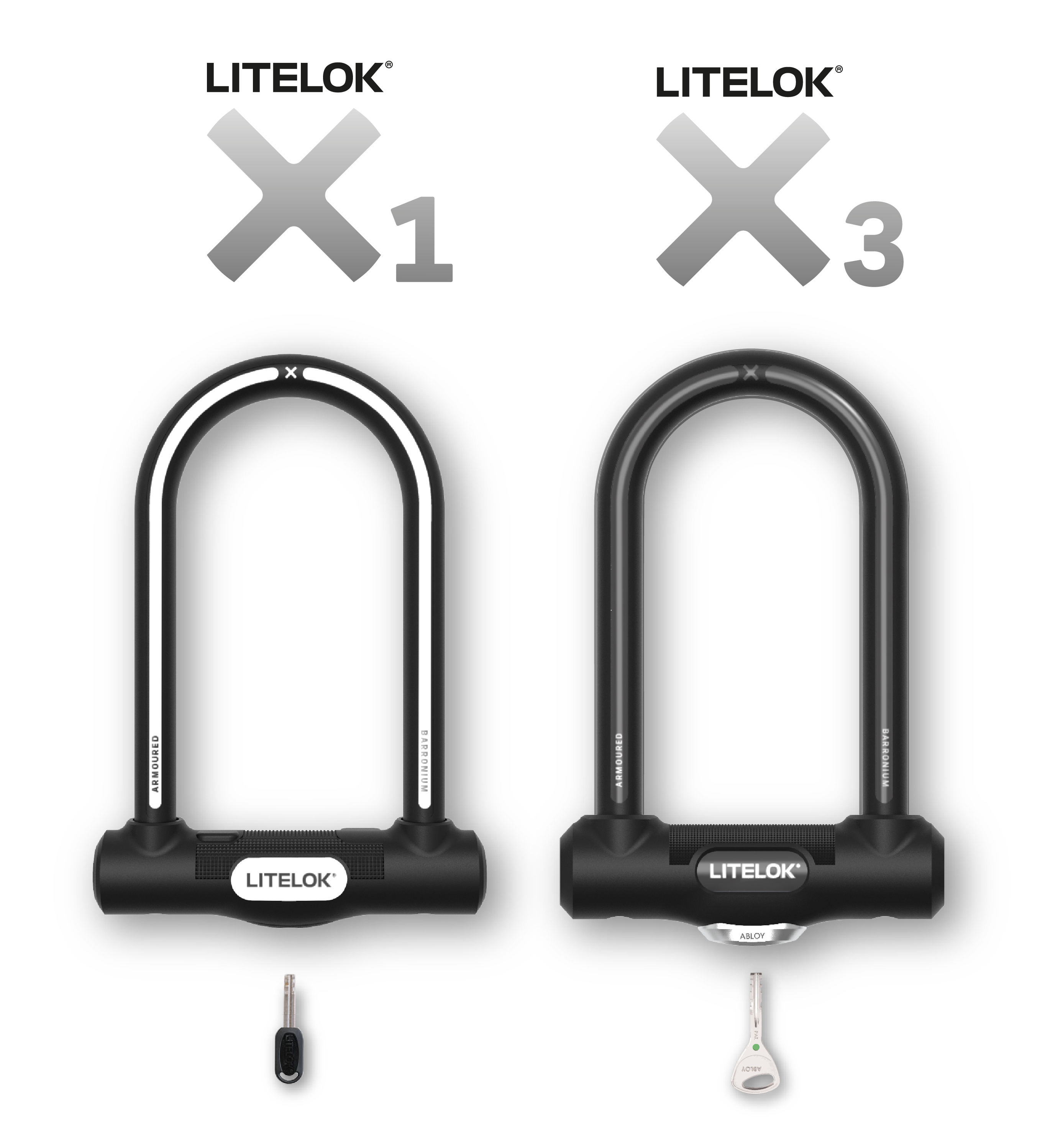 "I’m incredibly excited to have reimagined the popular U-lock format with innovative design features and our own technology Barronium™, which provides the ultimate in anti-angle grinder resistance. The range was put through extensive tests, breaking discs and grinders in the process. It’s light, secure and incredibly strong. I believe it’s a gamechanger and unlike anything else on the market,” says LITELOK Founder & CEO, Professor Neil Barron. 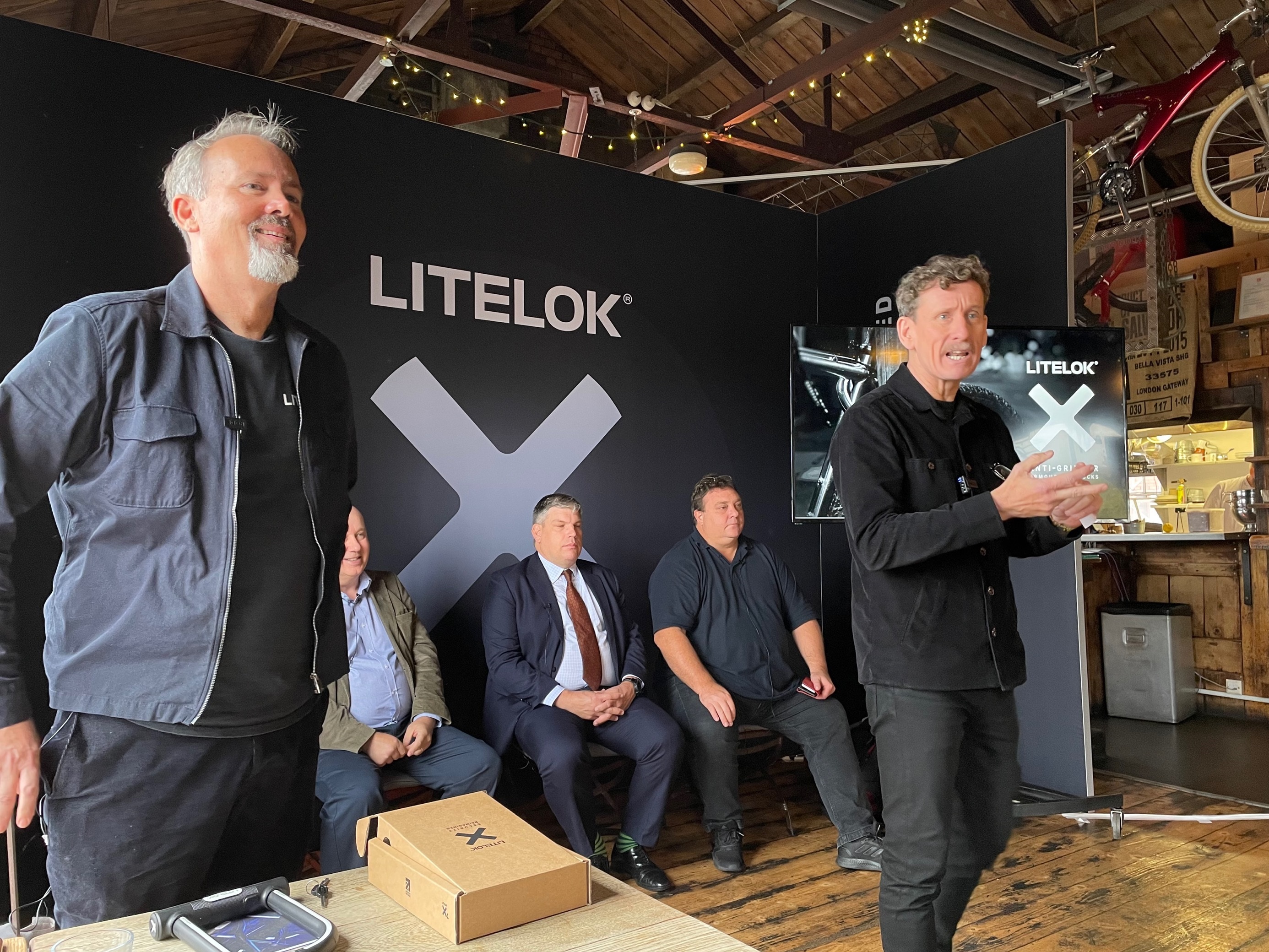 The event was hosted by commentator and former professional cyclist, Matt Stephens, who has, like many, personally experienced the frustrations of bike theft. “Having seen first-hand the angle grinder resistance that the LITELOK X provides, I’d say that this product is an absolute game changer,” he remarked. “From the evidence I’ve witnessed, it offers unparalleled protection when compared to other market leaders and will be a formidable deterrent in the fight against bicycle theft.”

A highlight of the event for many was the opportunity to attack-test the LITELOK X with an angle-grinder. Many guests also brought along their own bike locks to compare the durability of the security they had been using against the new product. One such attendee was Secured by Design CEO, Guy Ferguson. He commented: “I’m really excited about the new technology that is involved and am delighted to have LITELOK as one of our SBD member companies. We’ve been able to look at the testing the products have undergone with Sold Secure, and watching the demonstrations confirms what I thought - testing has been very rigorous and this innovative new product is sure to have a positive impact in reducing crime. The LITELOK X, under testing with the angle-grinders here today, has really stood up well and I think it will make it very difficult for opportunist criminals.”

Doug Skins, Secured by Design, said: “This is a great example of ‘designing out crime’ - the technology and science behind this new D-lock is a game-changer for portable battery grinder attacks by thieves stealing high value cycles and e-bikes. I’ve never seen a D-lock resist attack of this nature before - the LITELOK X just made dust of the grinder disc before my eyes.”

Over the last five years, Neil has been supported by Innovate UK and some of the world’s leading material scientists to develop Barronium™; a brand-new composite armour that is fused to a hardened fine-grain high-tensile steel core and covered with a soft plant-based eco-rubber outer layer to provide an unprecedented three layers of protection.

The LITELOK X range is a new category of armoured locks that offers bicycles, e-bikes and motorcycles unparalleled resistance against angle grinders, which have increasingly become the tool of choice for thieves. LITELOK X is a ground-breaking development for the industry and for riders. 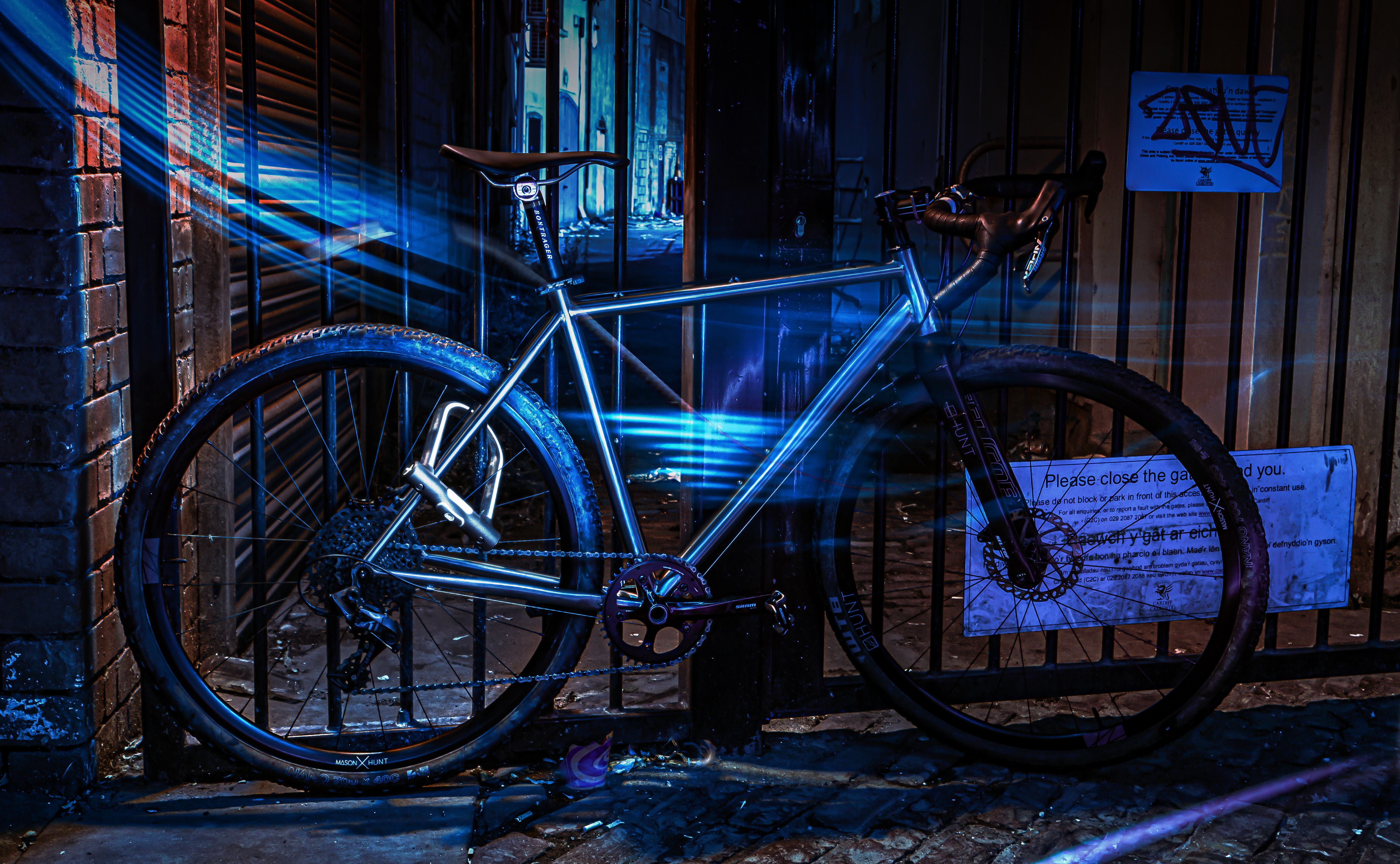 LITELOK Founder and CEO, Professor Neil Barron adds: “As the popularity of motorcycles, bikes and e-bikes grows exponentially, so does the number of valuable bikes vulnerable to theft. These latest crime figures are truly shocking with only 1.4% of bicycle thieves being identified and charged in the last three years.

“The market-leading U-locks rattle, are heavy to carry and can all be cut with an angle-grinder in under 30 seconds. We set out to define the Armoured U-lock category to address these issues and ensure LITELOK X is the next generation of bike security.”

Find out more about LITELOK and their range of Secured by Design accredited products at https://www.securedbydesign.com/member-companies/sbd-members?view=companydetail&account=0011i00000zaFtAAAUn