With the COP26 global climate conference in Glasgow just a few days away, Police Scotland Assistant Chief Constable (ACC) Gary Ritchie, who is a Director of Police Crime Prevention Initiatives, took a break from his busy schedule to talk about policing the summit, his personal achievements, the importance of structured partnership working and the future of crime prevention.

Personal profile
Appointed in 2019 as Police Scotland’s Executive Lead for Partnerships, Prevention and Community Wellbeing, ACC Ritchie’s remit includes 18 business areas including mental health, drugs and alcohol strategy, community planning and engagement, partnership strategy and ‘public health and whole systems approach’. It would seem amiss not to list a few others too like children and young people, missing persons, violence reduction and rural and hate crimes. In brief, he is responsible for partnerships, prevention and community wellbeing – developing new approaches to working with other public services to achieve better outcomes for communities. Since November 2019, ACC Ritchie has also been a Director with Police Crime Prevention Initiatives (Police CPI), a police-owned organisation which works with police forces around the UK to deter and reduce crime and build safer communities.

About Police Scotland
Police Scotland is the second largest Police Force in the UK with 24,000 employees overall, of which 17,334 are police officers. The force is second only in officer size to the Metropolitan Police. Police Scotland covers around 30,000 square miles with a unique range of urban, rural, island and remote communities. The Police and Fire Reform (Scotland) Act 2012 abolished Scotland’s eight police forces and created Police Scotland as the single national police force. Scotland has always had its own civil and criminal legal systems separate and distinct from those in England and Wales. ACC Ritchie explains: “The Act is about community safety and well-being. Policing in Scotland is no longer just about being a protective organisation because we also have the responsibility to keep people safe and well. That takes us into a different paradigm in terms of partnership and which organisations you have partnerships with.” 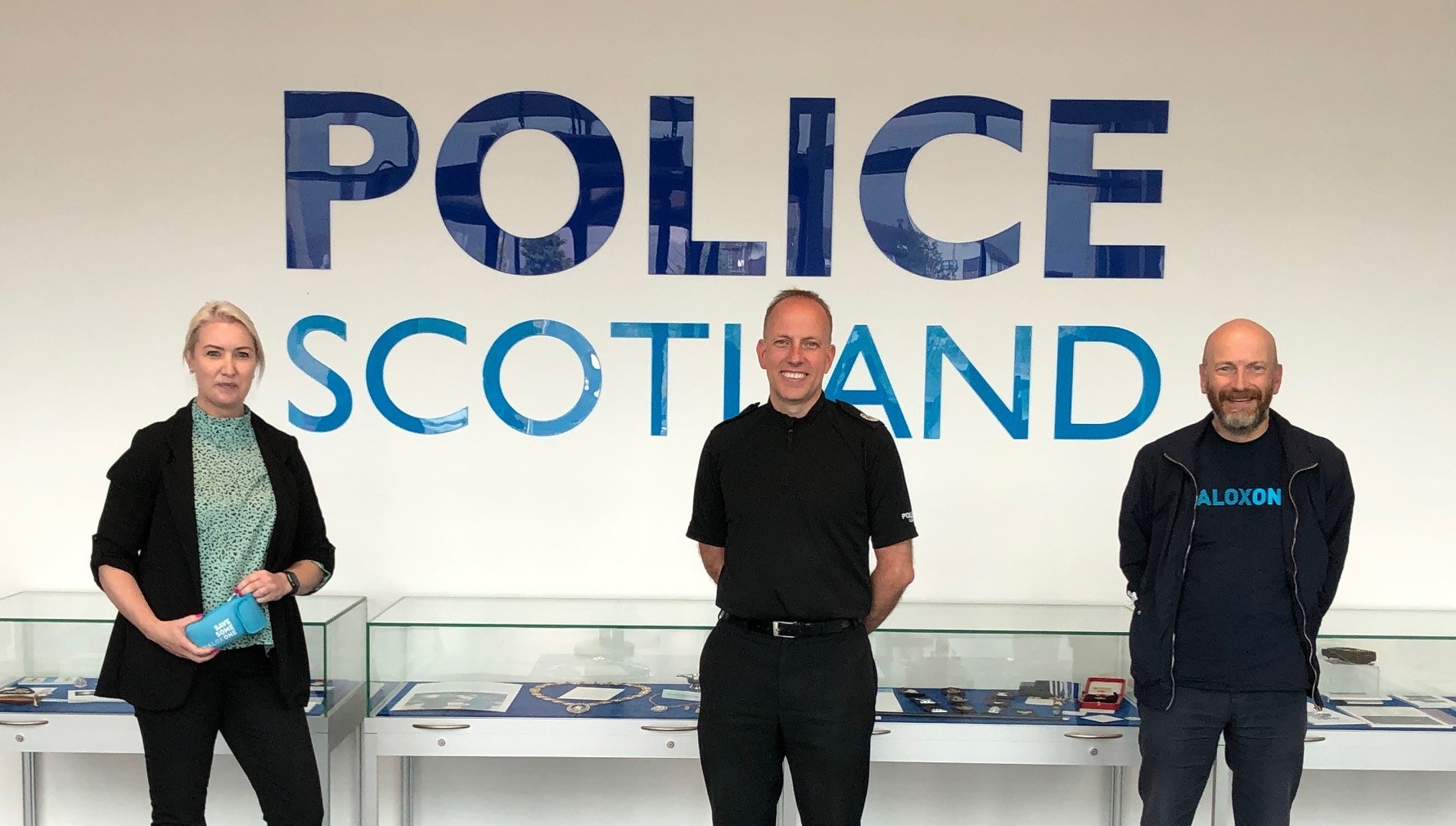 Strategic Partnership Working
Many strategic partnerships developed in Scotland are being founded on principles of public health. This brings a wealth of opportunities. For example, as Head of Drugs Strategy for Police Scotland, ACC Ritchie has seen drugs strategy move over the last couple of years from being rooted in criminal investigation and detection to today being focussed on harm reduction. ACC Ritchie says: “That’s the right approach. We have a portfolio here that focuses on health issues and community well-being. So our enforcement policies should first and foremost follow the strategy and principles of harm reduction. Even though we still get big drugs and cash seizures, it’s always through the lens of reducing harm. So how does the new approach play out on the enforcement side? As an example, we now focus far more on synthetic drugs manufactured in this country. These types of drugs are very prevalent in our drugs deaths so that’s where the real harm is.”

New street-based approach to supporting people living with addiction
ACC Ritchie is the Executive Lead on an initiative which has volunteer officers carrying and administering intranasal Naloxone spray to prevent accidental deaths from opioid overdoses. It marks a huge shift in the balance between public health and public protection. ACC Ritchie explains: “Scotland has the worst drugs death rate in Europe by far. It’s a very unique cultural problem in Scotland. You need every institution to stand up and do things differently if you are going to change such a deep-rooted problem.” Of 800 officers who have been trained, 80% of them have agreed voluntarily to carry Naloxone. Police Scotland is currently near the end of a six-month pilot test of change project, which is due to be reviewed at the end of October. “During this time there has been 46 occasions when officers have stepped in and administered Naxolone to someone who was probably dying at their feet from an overdose. I am amazed at their figure,” says ACC Ritchie. “It only reverses the effects of an opioid overdose and it doesn’t work on the effects of other drugs that may have been taken. We’ve found, in the vast majority of cases when officers have used it, that it has almost immediately improved the condition of an individual having an overdose and likely bought them a few moments until the ambulance arrives. It’s a first aid remedy and on most occasions people still need medical assistance after receiving Naloxone.” ACC Ritchie says this result has only been achieved after a great deal of hard work and persuasion both inside and outside the police family – and a massive team effort from officers and supportive partners. Whilst tempted to describe it as his proudest achievement as he approaches the 30-year mark in his policing career, he hesitates to do so. “I’m not over the finishing line with this initiative yet!” 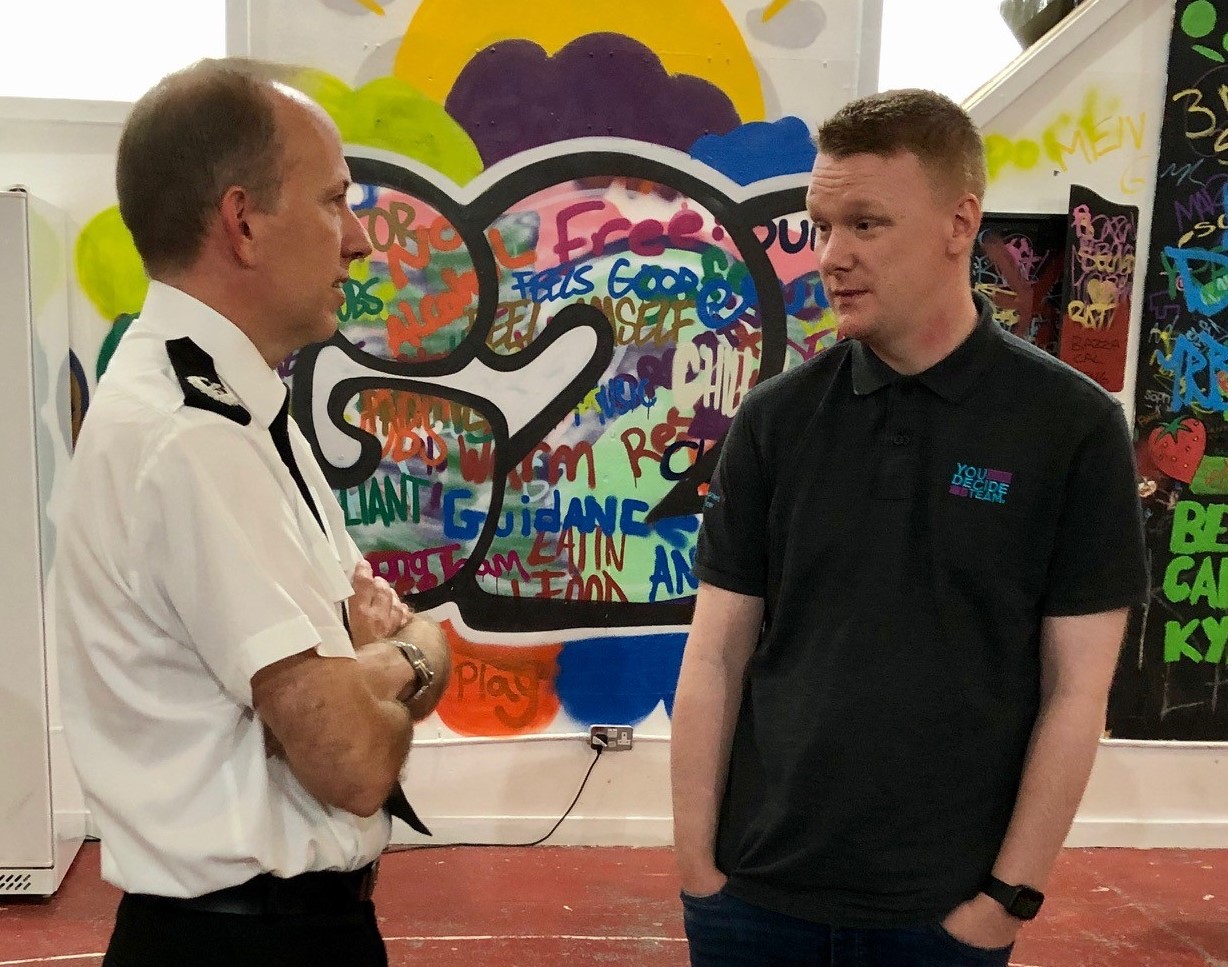 Policing COP26
Glasgow is set to host the 26th session of the Conference of the Parties from 31 October to 12 November. It has been described as one of the biggest events ever hosted in Britain and will see one of the biggest mobilisations of police resources – with 10,000 officers – half of them from Police Scotland, due to take part. Known as COP26 it will attract around 120 world leaders and heads of state, Her Majesty the Queen, US Presidents past and present, and around 25,000 other official attendees. There are also expected to be widespread protests in Glasgow, other cities in Scotland and around the UK, possibly involving many tens of thousands of people. However, Police Scotland has established a reputation for successful and safely policing major international events – one of the last ones being the 2014 Commonwealth Games. There will be one overall ‘Primary Gold Commander’ supported by three other Gold Commanders and ACC Ritchie is supporting one of these Gold Commanders during daytime duties throughout the Conference. With an accomplished and proven-track record of working with journalists, ACC Ritchie has been given additional responsibilities for dealing with media. “I will be the Talking Head for Police Scotland. I’m quite happy with that although I think I might be busy!” The two-year planning for the event has not only had to cover building and crowd security, but also to maintain Police Scotland’s ‘business as usual’ policing services throughout the country to ‘be there for the public when they need us’.

Looking forward with Police Scotland
ACC Ritchie says he’s really happy in his current role and believes that his whole police service has been shaped towards him doing this work effectively. “I’ve been doing this job for three years and it’s like my policing experiences and roles over the years have put me in a great place to take this role one step further to build a national partnership framework." He is working with Public Health Scotland, which was created in March 2020, but almost immediately had to cope with the global COVID pandemic. Moving forward, his aspiration is to build strong, almost co-dependent partnerships, with bodies such as Public Health Scotland. “With national institutions, you can work to influence and have strong partnerships across a whole national state. It takes you to a new level of information sharing and analysis; to a different way of resourcing; and to a different way to do certain elements of our work on a daily basis. I am looking to do that jointly and together in a co-ordinated way with our key partners.” 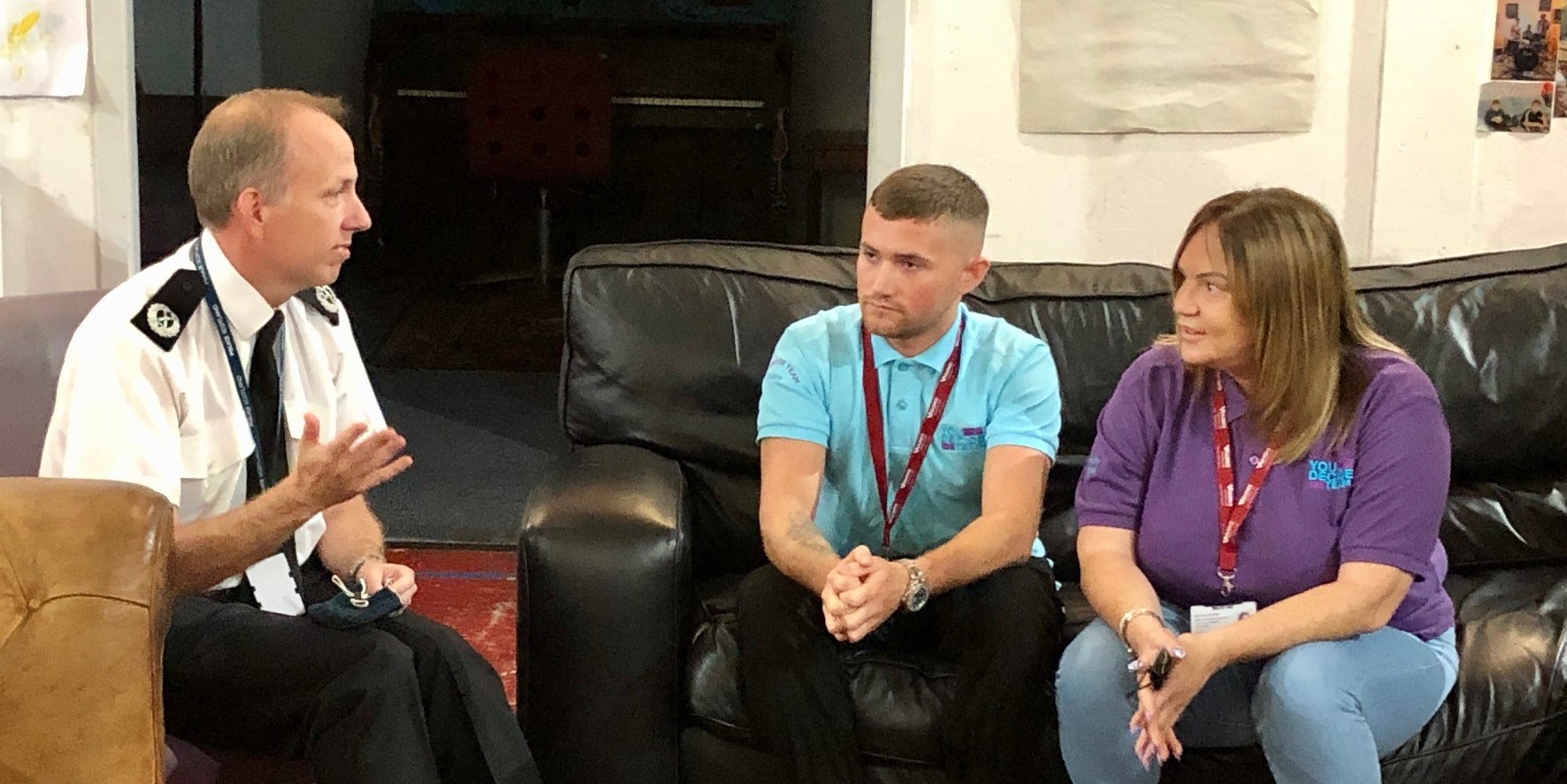 Police CPI – and Secured by Design
When first approached to join the Board at Police CPI, ACC Ritchie was well aware of Secured by Design (SBD), which seeks to ‘design out crime’ by implementing crime prevention measures and principles into the physical security of buildings as well as their layout and landscaping, although he didn’t realise it was one of Police CPI’s nine crime prevention initiatives. ACC Ritchie is very keen to point out that the source of SBD’s high profile crime reduction figure of ‘up to 87%’ was achieved in Scotland. This resulted from a Police Scotland study in 2017 that found that 87% fewer reported crimes had been committed on 3,000 new homes on 153 Kingdom Housing Association developments in Fife, East Central Scotland, over the last 20 years when compared to properties not similarly designed and protected. ACC Ritchie says he’s a ‘big fan’ of SBD because of its community focus. He says: “It’s about creating safer communities. That is part of police work.” He explains that the principles of crime prevention are, first and foremost, to stop crime from happening in the first place. Second, if you can’t stop it, prevent it from escalating. Third, reduce the harm associated with the crime. “With SBD, you are getting into the primary part of crime prevention. You are making it inaccessible and difficult for criminals. The work that police officers do when working with architects and local authority planners, is making communities safer. That’s really important to maintain. SBD has now been in existence for 30 years – that’s nearly as long as I’ve been in the police. Initiatives have come and gone but SBD is something that’s been proven to work and brings benefits to communities as well as assist police forces.”

Looking forward with Police CPI and SBD
ACC Ritchie describes Police CPI and SBD as the ‘invisible masters’ behind making communities safer. Communities are set to become more connected on many levels through new technology whilst society generally becomes less physically interactive. “Where do we need to be designing out crime and designing in safety and protection? This is quite different to the physical nature of the work SBD has done since it started in 1989. The conversations are becoming more cyber in nature. That is continuing apace and accelerating as communities become more connected and interactive with each other. That’s the real challenge. How do we turn the principles that have served us so well for the last 30 years architecturally and physically to design in safety, and apply that to the digital world?”

Police CPI – and being a Board member
ACC Ritchie says being a Board member enables him to bring a different perspective and a different context. Police Scotland is fairly unique – Police Service Northern Ireland (PSNI) is quite similar – being a national institution under a devolved government. What Police Scotland has is single door access to partners for a whole nation state. “We have relationships with those organisations that are making policy right across the country. One policy for a nation can have a huge impact across every single community around the country. So when you think about channelling policing and channelling crime prevention into that environment your influence can be really broad. We talk about placed-based approaches and the needs of different areas, but what we do needs to be shaped into a national strategy and policy. Having that influence and national perspective is the unique thing.”