The findings were produced with the support of Secured by Design (SBD), the national police crime prevention initiative, which has 200 officers and staff attached to Police Forces around the UK to ‘design out crime’.

SBD’s proven crime prevention techniques include the layout and landscaping, such as incorporating natural surveillance and limiting through movement, and increasing the physical security of buildings, such as attack resistant doors, windows and locks to deter opportunist burglars.

The findings were announced on Monday, 18 September at KHA’s annual meeting to celebrate the association’s building of 3,000 terraced, semi-detached and detached villas as well as flats and bungalows spread over 153 developments – all to SBD standards.

The crimes included in the study were housebreaking, attempted housebreaking, (the Scottish equivalent of burglary and attempted burglary in England), sneak in thefts (access through an insecure door to steal) and opening of Lockfast Places (usually vehicles, sheds or outbuildings/garages where the locking mechanisms are overcome to gain entry for theft).

The study found that only 1.8% of all of the 3,000 SBD homes were subject to these crimes compared to 14.2% of the non-SBD properties.

The statistics were gathered from crimes from 2007 to 2016 within Fife, and laterally P Division (Fife) and compared with 3,000 non-SBD properties over the same period at developments completed between 1997-2015 in Kirkcaldy, Glenrothes, St Andrews, Dunfermline, Cowdenbeath, Levenmouth and South West Fife.

One of the speakers at the annual meeting, Police Scotland Divisional Commander, Colin Gall, presented a certificate to recognise the KHA and SBD achievements to KHA’s Chair, Freya Lees.

Stuart Ward, SBD National Designing Out Crime Manager, who is responsible for implementing SBD and general crime reduction in all 13 Divisions of Police Scotland, said: “These results highlight the benefits of building to SBD security standards. Evidence suggests that SBD homes achieve significant reductions in crime and can continue to do so year-on-year.”

Stuart, who was the first full-time Force Architectural Liaison Officer in Fife, added: “This is especially important as most SBD developments are in social housing, many of these in deprived areas.”

Kenny McHugh, SBD Development Officer for Scotland, said: ”This is a remarkable milestone for KHA and SBD in Scotland.” He explained: “For police, falling crime reduces demands on services and enables us to focus on other priorities. With more robust products, SBD also frees up budgets by reducing repair and maintenance costs as well as providing a long-term legacy of safer more cohesive and desirable communities, where people choose to put down roots.”

Bill Banks, Group Chief Executive, Kingdom Housing Association, explained that KHA’s first regeneration project to include SBD’s standards of security and crime prevention into new homes and the surrounding environment was in 1997 in Buckhaven, Fife, following relatively high levels of crime and anti-social behaviour in the area. “We found that this first partnership with SBD resulted in a safer environment for our tenants and led us to deciding to incorporate SBD standards to all our new housing projects going forward.”

Bill said that KHA was extremely impressed by the police research that showed SBD homes were 87% less likely to be targeted by criminals – a statistic that endorses KHA’s strategic decision 20 years ago to embrace SBD security into all their new home developments. He added: “I feel all developers, and providers of new housing projects, should be adopting SBD standards of enhanced safety and security to enhance the well-being of residents in their respective developments.” 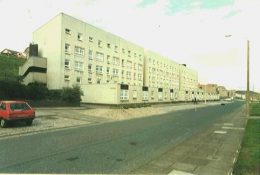 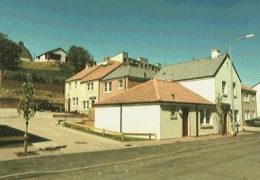 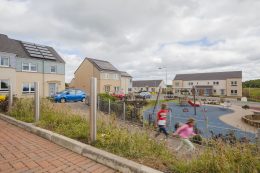 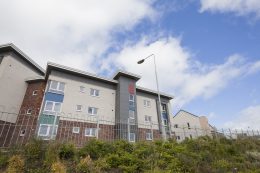 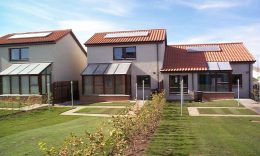 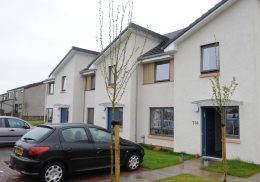 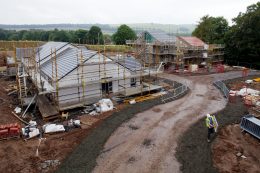 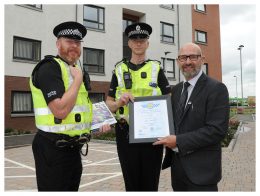 Secured by Design
Our aim is to achieve sustainable reductions in crime through design and other approaches to enable people to live in a safer society.
Tel: 0203 8623 999
Email:
Our promotional film: https://itnproductions.wistia.com/medias/nkbga1hhzv